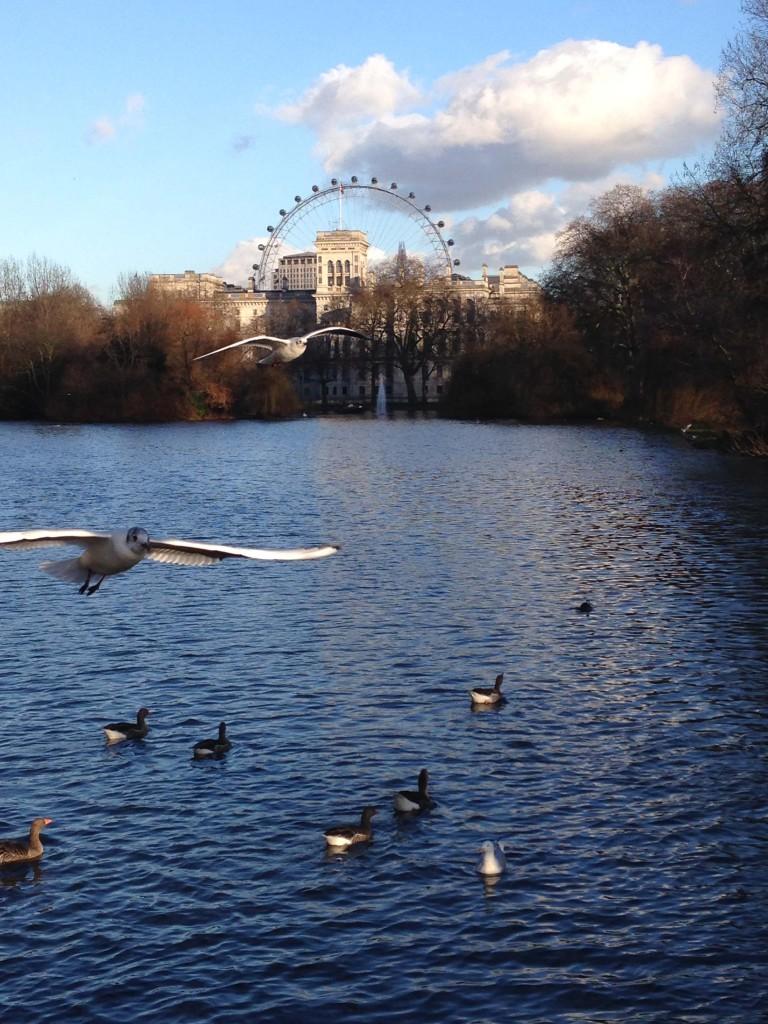 Less than 14 days into my study abroad experience, I packed my Union Jack socks and, four hours later, landed in London. Naturally when walking for about 15 hours a day I would see more than I can write about, so I shall only pick a few moments from my stay in the capital of Great Britain.

What did I do first? Did I gallivant my way around Buckingham Palace? Did I check out the skyline from the London Eye? I did both of those, but I had some business to take care of first.

I traveled onto the Tube via the Central Line and got off at Tottenham Court Road. My eyes immediately fixed upon what was in front of me: a gold, larger-than-life statue of Freddie Mercury right outside the Dominion Theatre. It only took me about six years to finally pay homage to the greatest vocalist in history and front man of Queen, but I finally did.
With that out of the way, I was free to get back to my weekend trip.

After stopping by Buckingham Palace, I made my way to Big Ben and the Parliament building through St. James’ Park. As I traversed through the greenery, the wildlife captured my attention specifically the ducks. These ducks weren’t the average mallard; standing up they would reach my knee. My jaw soundly dropped and I slowly made my way towards what else this city had to offer, trying to move on from what I just saw.

To be completely honest, I would say 85 percent of the reason why I went to London was just to visit Wimbledon, the greatest place in the whole wide world.

I struggle to put into words the sheer tremendousness of the visit. My eyes grew three-fold when I walked into Centre Court and the press room. As difficult as it was, I had to part ways with this treasure after being there for only four hours.

One of the most intriguing parts of visiting a “big city” is seeing what it’s like during the nighttime, and London is one of the most attractive nocturnal cities. I guess the mayor – or somebody – thought it would be a good idea to adorn the city with lights.
It was a good idea.

Walking along the Hungerford Bridge provided the best view of the city. On my left was the London Eye, outlined in shimmering blue lights and, to my right, Big Ben with its clock illuminated with a green tint just above it. I could even see the Eye and Big Ben as far back as the Buckingham Palace, but I guess the size of those two structures certainly helped.

My final day in London turned out to be a hasty one. I had a short laundry list of things to do, such as taking a tour of Westminster Abbey. But I wanted to make sure that I finished my expedition in style, and what better way to do that than a picture with our first president, George Washington. Unsurprisingly, I was the only one happy to see him in Trafalgar Square (except for that one other American who took a picture with him).

What is the biggest picture that I can take out from this trip? Well, aside from Wimbledon, I would say that it’s the crystal clear view of an illuminated London Eye and Big Ben. It’s perhaps the best view that the city has to offer, especially on a still and quiet Sunday night.

I still can’t get over the size of those ducks, though.

Kyle is the Online Editor for the Torch and writing a column while he is studying abroad in England this semester.