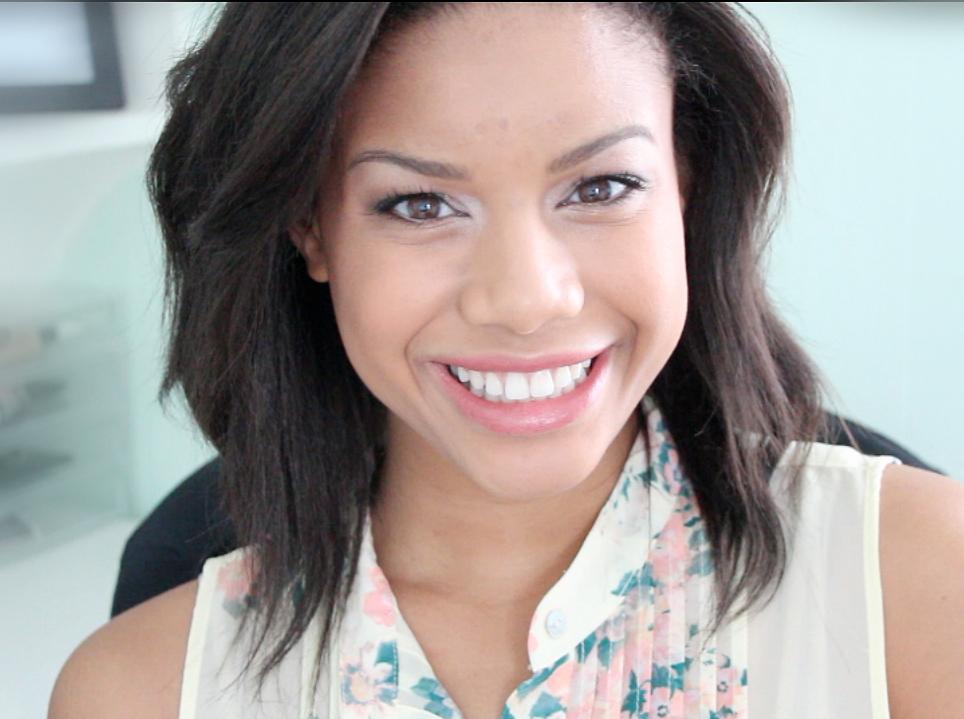 Chloe Coriolan is a student at St. John's and has been featured in Seventeen magazine several times

Her mother and father always refused, but Coriolan never gave up on her childhood dream, and seven years later the bubbly sophomore has just earned her fourth appearance in Seventeen.

“When me and Chloe met and became roommates, one of the first things she said is that her biggest dream was to be in Seventeen magazine,” Danielle McMullen, Chloe’s roommate, sorority sister and best friend said. “Within only a few months she accomplished it!”

Coriolan entered the Beauty Sweetie contest the summer before she came to St. John’s.

“It was very long,” she said. During the competition, “we had to create our own videos and every week the viewers would vote.” In November, the winner was announced.

“I was in DAC eating dinner when I won,” Coriolan said. “So much has happened I don’t remember all of it. I was really confident.”

As the winner of the Beauty Sweetie contest, Coriolan received her own webshow, an appearance in Seventeen and $10,000. In April 2013, she made her first Seventeen appearance, which was followed by two more as a Beauty Sweetie and her most recent, an advertisement for Keds.

“Seventeen calls and says ‘you’ll be in this issue, come for the photoshoot’ about a month ahead of time,” Coriolan explained.

Her year-long contract with Seventeen lasts a few more months, and she is hoping to be able to renew it for another year.

Robin Wallace, a social and video strategy specialist at Hearst Media, said in an email, “Chloe is a rare natural on camera who has a genuine curiosity to learn and be the best she can be in all that she does.”

Even before entering the contest, Coriolan was active on YouTube. In 10th grade, she created her own channel and started learning filming and editing techniques using Google and YouTube.

“I taught myself,” she said. “It was my own personal project. I put everything I had into it.”

“She is not only extremely talented, but has worked incredibly hard for each opportunity,” McMullen said.

With over 100 videos and almost 17,000 subscribers, Coriolan continues to post videos, ranging from beauty tutorials to Q&As about college and sorority life, about four times a month.

In the videos, “I try to be as relatable as possible,” Coriolan said. “It’s kind of an art form.”

Her favorite look is “natural, with a little bit of shimmer or pop. I want to be able to enhance what I have.”

“College is really hectic,” Coriolan said, but she still makes time to maintain her YouTube channel and to participate in service and community-building events with her sorority, Gamma Phi Beta.

Since signing her contract with Seventeen, Coriolan has changed her major from psychology to communications. In the future she’d like to pursue a career in front of the camera, perhaps with a talk show or a beauty segment on E! News.

“I would like to do anything in entertainment or beauty. My goal is constantly changing. If I could do that it would be awesome,” Coriolan said. “I want to be in front of the camera.”

“There is no doubt in my mind that she will meet much success in her coming years as both a personality and professional,” Wallace said.

Although her parents never encouraged Coriolan to attend casting calls as a child, she says that they are very proud and supportive of her Beauty Sweetie win and her pursuit of her dream career.

“That’s the best feeling, when your family and friends are supporting you,” she said.

“I couldn’t be prouder,” McMullen said. “I get to be there to share in all of her successes and excitement.”

For Coriolan, her career at Seventeen “was a dream come true, even better than what I wanted.”