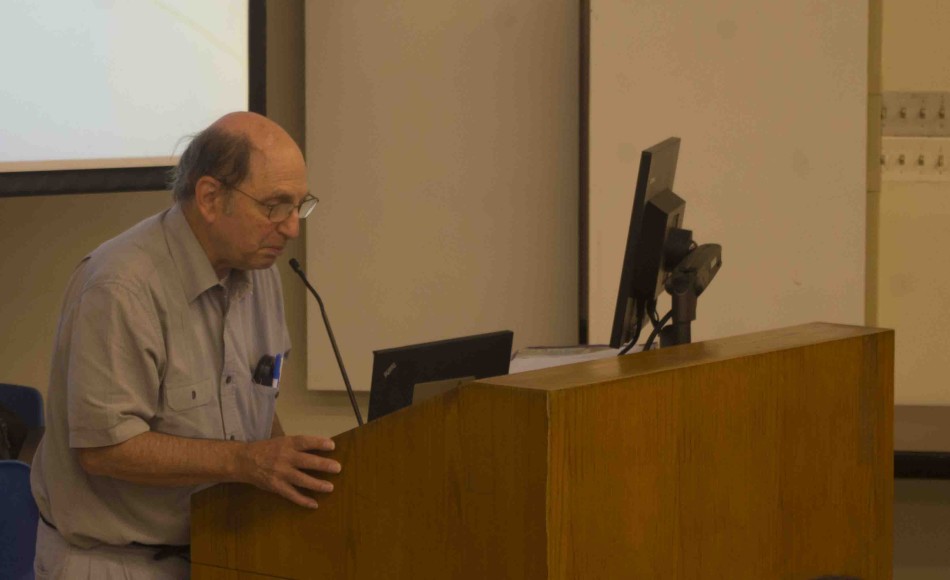 ly sit in their seats, eyes agape as he enthusiastically introduces his class to the world of microbes, a subject he has been studying and practicing for more than 20 years.

On the first day of his microbiology class, Dr. Hirshfield likes to point to a figure projected on the screen showing various sizes of bacteria and viruses as compared to a human’s red blood cell.

Before coming to St. John’s in 1978, Dr. Hirshfield, an associate professor of biology, refused to call himself a ‘microbiologist.’ He trained in chemistry as an undergraduate and later as a biochemist for his doctorate.

“I had to decapitate rats and dissect them, and I hated it. So I wanted to do something else,” Dr. Hirshfield said.

Collecting a sizeable sample for biochemical experiments required sacrificing many rats, so he decided to work on a different model. Hirshfield moved to NYU, where he studied genetic regulations in E. coli and later spent nine years conducting research at Harvard Medical School.

However, his research and teaching at St. John’s was what converted him to microbiology.

“In 1990 I was asked to teach microbiology for the undergraduates [at St. John’s] and since then I have developed depth and broader perspectives of the field [of microbiology]” Dr. Hirshfield said.

Now, as a microbiologist, he is interested in learning how antibiotic-resistant genes are spread among the microbial world. One of the most popular mechanisms is conjugation, in which bacteria can transfer their genetic material to each other.

Through billions of years of evolution, though, bacteria have developed many survival strategies. Dr. Hirshfield insists that this is a major challenge for the public health and scientific communities.

“Bacteria are highly networked and well-armed,” he said

Hirshfield can frequently be seen outside of his lab, usually at meetings and conferences organized by the Vincentian Center. As a senior research fellow of the Vincentian Center, he is interested in the relationship between parasitic and bacterial diseases and poverty, particularly in developing countries.

In many developing countries, diseases caused by parasites usually leave patients with devastating damages to their health that later affect their abilities to study or work. Although most of these countries have relatively young populations, their labor forces are being depleted, overwhelmed by infectious diseases.

This is an important missing link that connects microbiology to other disciplines in sociology. Dr. Hirshfield’s work, and his humanitarian efforts, is a perfect example of working within the university’s Vincentian spirit.

Hirshfield has also made significant impacts on his students. Janine Flores, a first year medical student at SUNY Downstate, is one such student.

She would later join a research lab at the Max Planck Institute in Germany to study the cell membrane and its structure, a topic with which she had come to Hirshfield to seek help in her undergraduate years.

“It must be fate,” Flores said. “I went to visit Dr. Hirshfield a week before medical school because I wanted to thank him for his support and belief in my goals.”

“It’s so amazing to have someone believe in you.”