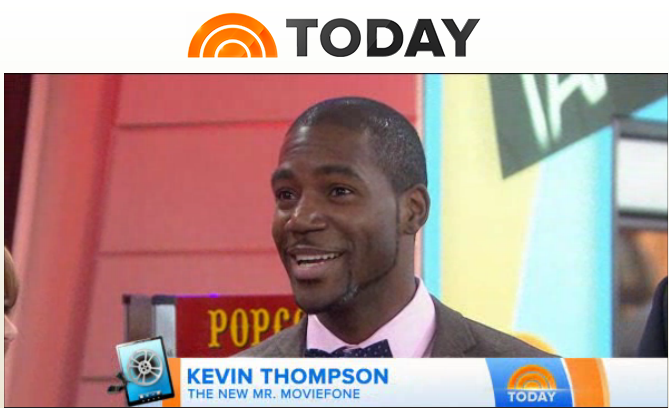 In the summer of 2007, Kevin Thompson had an experience that he never thought would change his life. He had just become an orientation leader that summer and was responsible for “Tent Entertainment.”

When students and parents arrived, they were to set up a large tent for approximately 500 people. Thompson was nervous – he had to entertain them all for an hour. According to him, his friend and mentor DJ Zeke calmed him down and said, “just be yourself and everyone will love you.”

“Someone mistakenly put a microphone in my hand as an orientation leader and a few grant cuts later, the microphone stayed,” Kevin Thompson said, remembering his early steps in the entertainment world.

No one would ever think that someone who was nervous in front of 500 people during a college orientation session would be hosting the New Years Eve party at Times Square, four years later.

“St. John’s was the beginning of my career,” Thompson said.

The 27-year-old alumnus has an impressive résumé. Thompson graduated St. John’s with a major in communications and a minor in creative writing.  He is currently the host of “Claim to Fame,” an app show for BET Network, as well as the host for Untouchable Events Entertainment Co.

Thompson is also Mr. Moviefone, the brand ambassador of Moviefone. However, his number one job is to entertain and take care of a small person who plays a big role in his life.

“I’m Jamaican, so I have four jobs,” Thompson said. “My first job is being a father to my two-year-old son, Karter Dean.”

Thompson was highly involved in St. John’s as an undergraduate. He was the manager of the women’s track and field team, an orientation leader and the president of Sigma Phi Epsilon Fraternity. Thompson was also part of the Big Brother and Big Sister program and a member of three honor societies, including the President’s Society.

“I was very involved on campus, but my GPA was a 3.47,” said Thompson.  “SJU was selecting the top 25 students for the year, and they were out of my league.”

He remembered how the other candidates had a 3.9 GPA, and when he applied he had “no intention of getting in.” Thompson eventually got an interview and he managed to transform an intimidating moment into a humorous situation.

“One person says ‘nice tie!’” Thompson said. “I smile so hard it looks like I’m running for president and all I need is the Latino vote.”

According to him, right before the interview he went to buy shoes. The sales associate said he didn’t like his tie, and Thompson walked into the interview self-conscious about it.

“I’m just happy you all like my tie, but check out my new shoes,” Thompson said. “Then I took off my right shoe and handed it to one of the interviewers. I was being fitted for a President’s Society suit a few weeks later,” he added.

Thompson never slowed down after graduating. He was the warm up guy for “The Wendy Williams Show.” He also helped various St. John’s undergraduate students with internships at the show.

Thompson was also on the red carpet for “The Hunger Games: Mockingjay Part 1.”

“I’m dancing with Cameron Diaz and Jamie Foxx at press junkets,” he remembered about the event. Thompson also hosted the New Year’s Eve party for the first time in 2011, and was asked to do it again the following years. Four years had gone by, and he still can’t believe he was able to experience such a thing.

“Thanks to that event, I’ve rubbed elbows with Cee-Lo Green, Train, Carly Rae Jepsen, American Authors and the list goes on,” he said.

His involvement with St. John’s continued as an alumnus. Thompson hosted various events such as the New Student Convocation, which he hosted three times.

“A fellow SJU alumnus told me about a contest called Moviefone Search,” Thompson said. “I submitted an audition video with the help of two other SJU alum who shot and edited it.”

According to Thompson, his video caught the attention of the brand’s general manager in Los Angeles, Sharon Kopp. He was offered an audition over Skype, but he flew to do it in person.

“A month later to my surprise, I was revealed on the Today Show as Mr. Moviefone,” Thompson said.

Another SJU graduate who is still very involved with the St. John’s community is Ezekiel Akinyemi, known as “DJ Zeke.”

The Red Bull and Sirius XM DJ has been friends with Thompson for years, and Thompson refers to him as his “first mentor.”

Zeke recalled the time when they were orientation leaders and entertaining the upcoming students and parents. Thompson was nervous, and Zeke thought that all Thompson needed at the time was an extra push, and the rest would unfold on its own.

“It’s great to watch your friends grow as you’re growing yourself,” Zeke said. “He knows what he’s doing and he knows how to entertain people.”

Zeke sees Thompson as “a man on a mission,” and he is one of the people who assisted Thompson in the shooting and editing of his audition video for the Moviefone competition.

“No one is that busy that they can’t help you,” he said.

Thompson remembered how he was a finalist in the BET competition to become the host for the show “106 & Park” during the fall of 2012. When he didn’t get the position, he felt lost.

However, after taking improvisation classes and gaining the spark he needed, Thompson found himself and moved on to great things. He hosted the Steven Madden Keyshia Cole tour in the summer of 2013. The following year, was featured in Essence magazine. In the spring of 2014, he became the host of BET’s “Claim to Fame.” 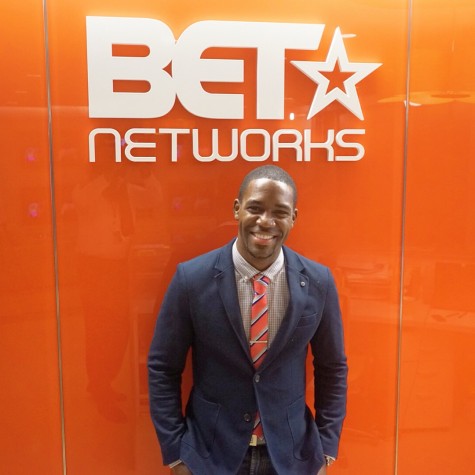 “The Robert Frost quote about life: it goes on,” Thompson said. According to him, the quote represents how the last couple of years “went down” for him.

“Now I’m waiting for St. John’s to invite me to speak at graduation,” Thompson said. “[They] have my email address and my X-Number. I promise I’ll be on my best behavior, whatever that is,” he said.

This article was originally published in print on February 4, 2015 with the headline: Introducing Kevin Thompson: Mr. Moviefone