Innocent and sentenced to die 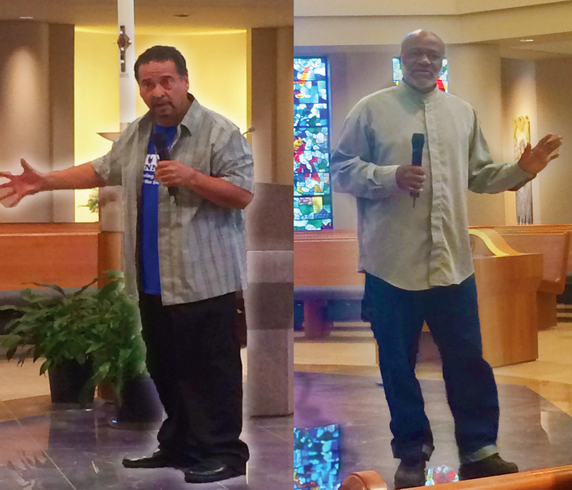 Imagine this: you were incriminated, went through trial and were sentenced for a crime. They told you that you would be executed—all your aspirations in life become pointless. You believe you will spend the rest of your life in jail, and they will prove to you that killing was wrong by taking your life away in horrific ways such as the gas chamber or electric chair. The thought of a person going through all of this is frightful and chilling, even more when the person sentenced to die is innocent and unfortunate enough to be at the wrong place, the wrong time and most importantly: in the hands of an unfair justice system.

The event highlighted the experiences of two death row exonerees, Shujaa Graham and Juan Melendez, during their times as wrongfully convicted prisoners awaiting their death sentences.

Both speakers were found innocent years after they were sentenced to death row.

“Most of it [the event] was to educate people that these things happen,” Criminal Justice Association President Brooke Schaeffer said. “I want to make some type of change for it.”

Graham, a Louisiana native who went to prison at 18-years-old for a $35 dollar robbery in 1969, was framed and found guilty in 1973 for the murder of Correctional Officer Jerry Sanders, and sentenced to San Quentin’s death row.

The California Supreme Court overturned his death sentence in 1979 after evidence pointed that the district attorney in his trial had systematically ruled out all African-American jurors, but Graham was not found innocent until 1981.

Melendez was charged in 1983 with the brutal murder of Delbert Maker, a white male who was shot three times and had his throat slashed.

Even without any physical evidence against him, Melendez was convicted and sentenced to die in the course of a week. Melendez spent the next 17 years, eight months and one day on death row, until he was acquitted in 2002 when a taped confession of the real killer was discovered.

Ultimately, it was exposed that the district attorney had hid this evidence. Melendez was the 99th person to be released from death row.

At the start of the event, Graham’s wife, Phyllis Prentice, sang a song on civil rights. After, Graham and Melendez spoke about their past, gave advice to students and also answered questions from the audience.

Jhanesh Persaud, a homeland security major at St. John’s, compared both stories to an expedition.

“You feel the hate at first; that they got wrongfully convicted and they probably didn’t even get questioned right. Then you feel the pain they go through and then you feel that liberation that they experienced when they got released,” he said.

When the time came to answer questions from the audience, Graham expressed his recommendations to the younger generation of students.

“Don’t get an education for yourself alone, but find a cause for social justice and human rights, and use your education to help that,” he said.

Melendez, meanwhile, communicated his views on the debate with capital punishment.

He noted that an end to capital punishment is not only a relief to prisoners, but also an alleviation to society.

“It’s not what they deserve, it’s what we deserve,” he said. “Work for justice, work for peace and justice.”