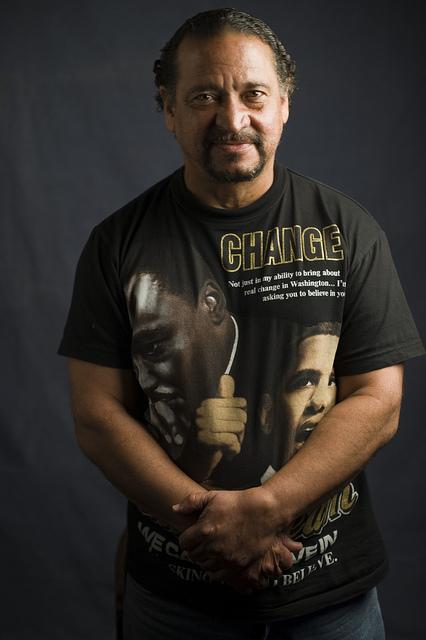 The Torch: Do you believe your past played a large role in your conviction? Why?

*Melendez did not speak English at all and according to him, no one provided any interpreter.

The Torch: What were you thinking when you heard your guilty verdict? What was the first thought that came into your head?

Melendez: I was very angry, very disappointed at the system. But most of all I was scared, very scared to die for a crime I did not commit.

The Torch: What was a constant thought you had during your time on death row?

Melendez: I can tell you the truth: the electric chair was in my head everyday. That’s how I was sentenced to die. [During] my time we didn’t have the lethal injection. It came in before I left, but mine was for the electric chair.

The Torch: What was your first thought when you were finally found innocent?

Melendez: I was very, very concerned about my family. I wanted to see my family, and I wanted to kiss the ground, and that’s what I did. One thing I wanted to see as soon as I got out was the moon. I didn’t walk in no grass, no dirt for all them years. I wanted to do the simple things. I’m the luckiest person in the world; I have two birthdays*.

*Melendez said he was released on Thursday, January 3rd, 2002. According to him, he celebrates the date as his second birthday.

The Torch: What are your views on capital punishment?

Melendez: I believe [death penalty] should be replaced with life without parole. Some people commit crimes so horrifying that even if they change in prison the crime is so horrifying that they lost their right to be in the community, the community have the right to be safe, but you don’t have to kill them. That’s what I think. Keep them in prison alive for the rest of their lives, but you don’t have to kill them. Society has the right to be safe.

The Torch: What is your biggest goal for the future?

The Torch: What message are you trying to convey with your audience today?

Melendez: The message is to motivate the students to get involved in public safety, and one of the ways to get involved in public safety is to be against the death penalty because the death penalty costs a lot of money to maintain it. It costs more to execute a person than to keep them alive in prison for the rest of his life. And that money can be used to prevent crime, to educate kids in the community, to give police more better training and better equipment so they can get the real perpetrator.