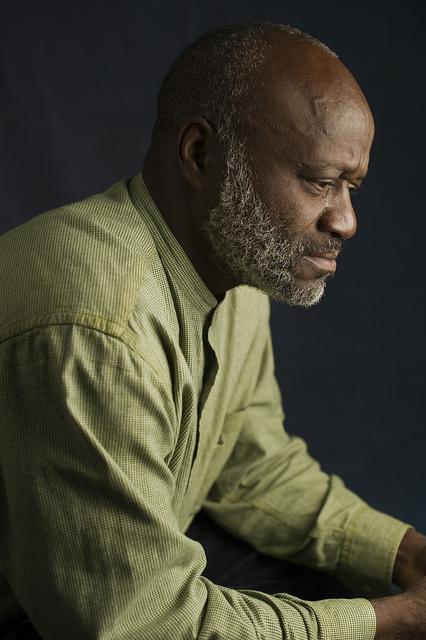 The Torch: Do you believe your past played a large role in your conviction? Why?

Shujaa Graham: I grew up in the south, in Lake Providence, La. I grew up on racism. Racism played a part in my mind, and I eventually realized a lot of it when I was in prison, when I became politicized in the institution. As I evolved, I was politicized in prison by other prisoners who had committed crimes and were totally guilty, but they just wanted to educate me about the injustices and the racism, and they convinced me to join a political movement for social justice. After being in prison for three years and being a part of that movement, in 1973, a human being was murdered and his name was Jerry Sanders. I was accused of leading a political uprising, because of the police brutality and the racism that was going on in prison. As a consequence of me being recognized as a leader of that movement, when that [murder] happened, I was one of the first people that they picked up and put in solitary confinement. They indicted me, and for the next nine years, I had to fight for my life.

The Torch: What were you thinking when you heard your guilty verdict? What was the first thought that came into your head?

Graham: The judge announced it, “We find Mr. Graham guilty, and we sentence you to die at San Quentin on a particular day to a gas penetrator, and you’re no longer with us.” That was a hard part for me. Think about you being totally innocent, and you going off for something that you really didn’t do, but [you’re] gonna pay the punishment, so that was one of the hardest parts for me during my confinement in prison.

The Torch: What was a constant thought you had during your time on death row?

Graham: I said, “I’m not just a prisoner, I’m a death row prisoner.” At a particular time, they’re going to kill me. So, I had to start focusing on how I was going to get out of there. I never contemplated suicide while I was on death row, but there were many nights that I went to bed and was perfectly okay if I didn’t wake up. Think about the worst day that you ever had, and knowing that tomorrow will be even worse. That’s death row everyday that you’re there.

The Torch: What was your first thought when you were finally found innocent?

Graham: My greatest nightmare has finally come to an end. I was happy to be able to get out. Not just to get out and be free, but to get out of prison and do the things that I committed myself to. What happened to me is over with. I can go out into society and make sure that what happened to me, never happens to anyone else without me raising my voice.

The Torch: What are your views on capital punishment?

The torch: What is your biggest goal for the future?

The Torch: What message are you trying to convey with your audience today?

Graham: To inspire them and to not be negative. To take advantage of their opportunities in school and learn as much as they can, and get their education. Once they receive their education, don’t use that education for self alone. I always tell people, ‘you’re gonna go to school to be a lawyer, doctor or teacher. I don’t know which one you’re gonna be. But, I want you to add one more thing to your vocation. Find a cause for social justice and human rights, and add it to your vocation. When you do this, it’s going to make you a better lawyer, a better teacher or a better doctor.’