Senior remembers the time he spent on a hospital bed 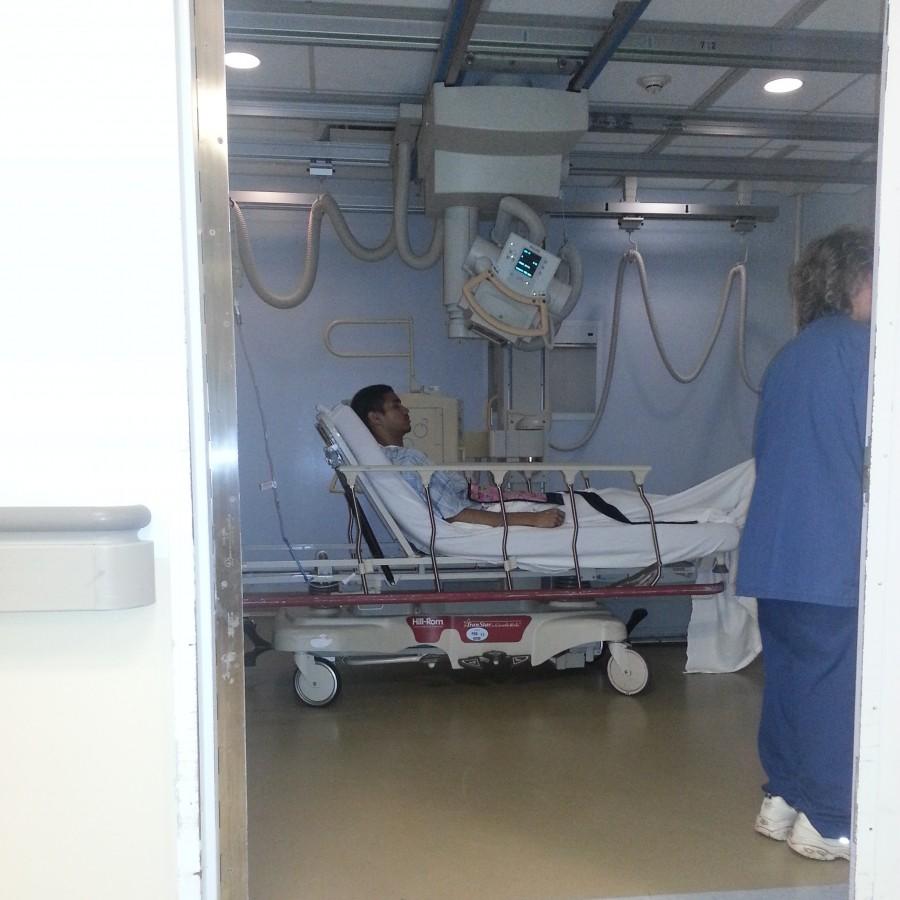 “I was very depressed. I couldn’t believe something like that just happened to me. I remember breaking down in tears on the phone with my mom in Trinidad and saying ‘Mommy, I just wanna go home now,’” Ramsingh said.

Ramsingh had barely been in New York for two weeks before he found himself in the hospital with a mysterious lung infection.

While his fellow freshmen were enjoying their welcome festivities and settling into the college life, he was lying on a hospital bed, hundreds of miles away from family and friends.

A naturally sociable person, Ramsingh had spent the night before hanging out with new friends in Donovan Hall.

He was surprised to wake up the next morning in excruciating pain.

“I couldn’t move my right arm without feeling a lot of pain,” he said. “I knew something was very wrong.”

After trying to brave the pain for a day, Ramsingh decided to alert his RA after a mandatory floor meeting that evening.

He ended up in an ambulance bound for Queens Hospital.

What followed were days of agony and frustration.

At the Queens Hospital, he had to wait four hours to be seen by a doctor, only to be informed that he was probably suffering from “muscle pain.” Ramsingh was sent home with pain medication.

His roommates watched helplessly as he threw up upon returning from the hospital. He continued to complain of terrible pain thereafter. His suitemate at the time, Wisdom Banogu, remembers the day he realized Ramsingh’s condition was serious. “He couldn’t even lift his arms,” he said. “I had to help him put his shirt on.”

Four days after his false diagnosis, a friend he met at Freshman Orientation offered to get his grandfather to drive Ramsingh to Long Island Jewish Medical Center.

He did not leave the building for the next four weeks. The doctors suspected tuberculosis, a highly infectious bacterial disease. That meant Ramsingh had to be kept in isolation.

Although his mother accompanied him to the U.S. from Trinidad, she had left days before he fell sick and Ramsingh chose not to tell her about his situation.

“I myself was scared, but I didn’t want her to worry about me,” Ramsingh said. “She was already worried about me being in a new country. That’s a mother’s job: to worry,” he laughed.

Doctors discovered a small abscess protruding from his chest and decided they needed to drain it immediately, without anesthesia. That was the first of many painful procedures.

After doctors realized it wasn’t tuberculosis, he was moved to a normal ward. 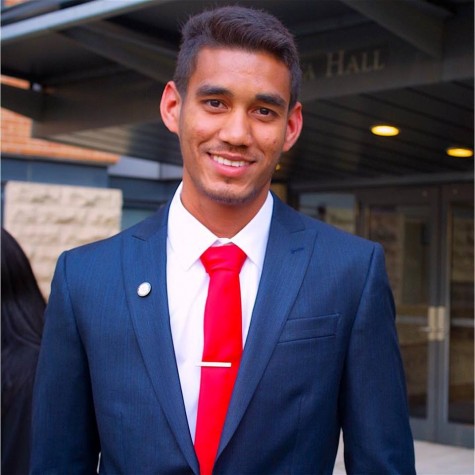 They would draw his blood almost daily to make sure his harmful bacteria levels were stable.

One morning, Ramsingh opened his eyes to find a surgeon hovering above him.

“Good Morning Drew… We have to operate soon to stop the spread of infection,” the doctor said.

Unsure of what this meant, Ramsingh told them to call his older brother Jason, who is also a doctor. “You have to do it,” his brother assured him. The surgery lasted three hours, and Ramsingh woke up with pieces of his ribcage and collarbone removed. Recovery was difficult: he spent his days in the hospital, hooked up to multiple tubes.

He also lost 20 pounds, suffered a blood clot and had to communicate with St. John’s to assure them that he wasn’t just skipping classes.

“I was crying a lot,” Ramsingh said, pausing to gather his thoughts.

“I didn’t have my mother or any close family there with me.”

On the cause of his illness, Ramsingh still has no clue.

“The doctors were baffled at how a healthy 20-year-old could get this bacteria inside him,” he said.

“In the end, they guessed that maybe Staph entered my blood through a small cut.” Even after being discharged, he had to visit his doctors regularly to follow-up and spent months regaining his strength.

Despite his harrowing experience, Ramsingh was filled with energy when he returned to St. John’s in spring 2013.

He has managed to maintain his full academic scholarship and has held both professional and leadership positions at St John’s. Banogu was shocked at his suitemate’s recovery.

“For him to come back and hit the ground running like that,” he said, “I was like: this guy has got to be my friend. His strength is inspiring.”