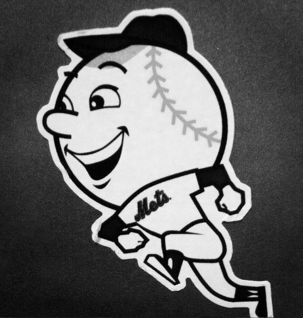 It is a Tuesday night at the Sodano Coffeehouse in the D’Angelo Center. Fans are patiently waiting for the Mets vs. Royals game to begin. The room is filled with excitement and anxiety.

“I’ve been going to games since I was a young boy,” Melendez said. “My dad would take me to Shea Stadium [former name of Citi Field] and I would watch the games. He and I would go to games at least twice a year. It was so exciting.”

Melendez said he is excited because this is the first time for Mets fans that are his age group to fully understand and experience the Mets making it to the World Series.  “The Mets have always been an underdog team,” he said. “Since 2000, they have had two collapses. They should’ve made it to the playoffs, but they choked and lost their spot.”  Melendez said.

Melendez said that his best experience as a Mets fan, not counting the moment that they made it to the World Series, was when he and his dad sat front row at Shea Stadium. He was surprised that his dad got them both front row seats.

“Tickets at Citi Field right now are selling at $1,500 and that is not even front row,” he said. “I really want to go and watch the home games. However, I may spend $500 and get crappy seats.”

“I just really want to experience this and would love to watch them play at home.” Melendez said. His favorite player on the team is the team captain, David Wright. Melendez admires Wright because of his community service and his loyalty to the Mets. “David Wright had the chance to leave the Mets and go play somewhere else, but he chose to stay with his team and look where they are now,” he said. “They could possibly win the World Series and it is the best feeling ever as a fan.”

After the game ended, Melendez was upset because the Mets lost. However, he is still hopeful. “I know they have it in them and I know they can win. If I want to talk realistically, they are both equally good,” he said.

“The Mets have the best pitching rotation and the Royals have one of the best contact hitting lineups.”

“If the Mets win, I do not know what I will do, but I know that, emotionally, I will be a wreck. I will probably cry and most likely scream like a maniac,” he said. “It will be worth it because being a Mets fan means being patient and loyal.”