Located in Times Square, B.B. King’s is the perfect night out 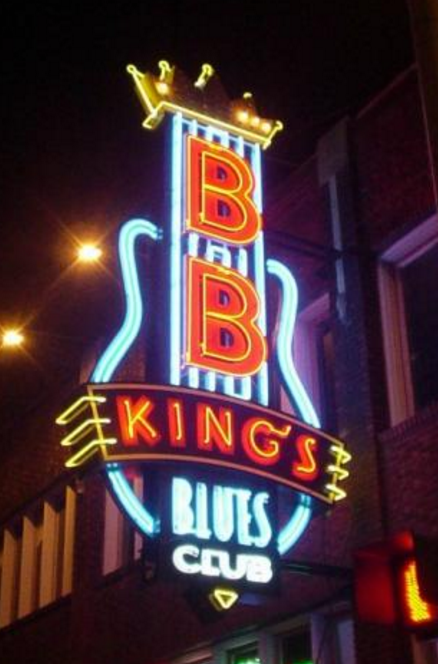 Interested in a night out on the town? Dinner and a show, maybe? If so, B.B. King’s Blues Club & Grill is the place for you! The club opened in 2000, and some of music’s greatest legends have performed on its stage. Some notable performers include Aretha Franklin, the Allman Brothers, Alicia Keys, ZZ Top and Jay Z.

Located on 237 West 42nd St., between Seventh and Eighth Avenues near Times Square, B.B. King’s is sure to excite any crowd.

The start times for shows vary, but usually take place around 8 p.m. and 10:30 p.m. B.B. King’s is open daily from 11 a.m.  and the doors open at 6 p.m. for shows. Customers can enjoy lunch, dinner and drinks. Upcoming performances in November include Stephanie Mills, the Yardbirds and Angie Stone with DJ Hakim.

Lucille’s Bar & Grill is a separate bar/restaurant located inside B.B. King’s and is named for B.B. King’s guitar. B.B. King was an American blues singer, songwriter and guitarist. In 2011, Rolling Stone named King number six on the “100 Greatest Guitarists of All Time” list.

Lucille’s is open on weekdays from 11 a.m. to 1 a.m. and on Fridays and Saturdays from 11 a.m. for lunch, dinner and drinks. Lucille’s also has performances from artists. Events in November include Esnavi, Davina & the Vagabonds and Snake Canyon & Wer,  to name a few.

Although B.B. King’s is open to all ages, a few late night shows are 21 and over. There is no dress code for either Lucille’s or B.B. King’s, so dressing up or being casual is totally up to you.

Seating is on a first-come-first-serve basis; so, if you’re going to a show, be sure to get there well in advance. Some performances are partially seated and others are completely non-seated. The seating is cabaret style, so guests can be seated with other parties. If you are ordering food, there is a $10 per person food and beverage minimum. The menu is American Continental with a Southern flair and is created by Chef Wenford Patrick Simpson. You can start off with some appetizers like bluesy wings, pit smoked chicken nachos, popcorn shrimp or the soup of the day.

For those who are 21 and over, the bar is always filled. B.B. King’s is great for a date night or a girls’ night. Get dressed up and prepare for a fun evening.

Go out and get your blues on.