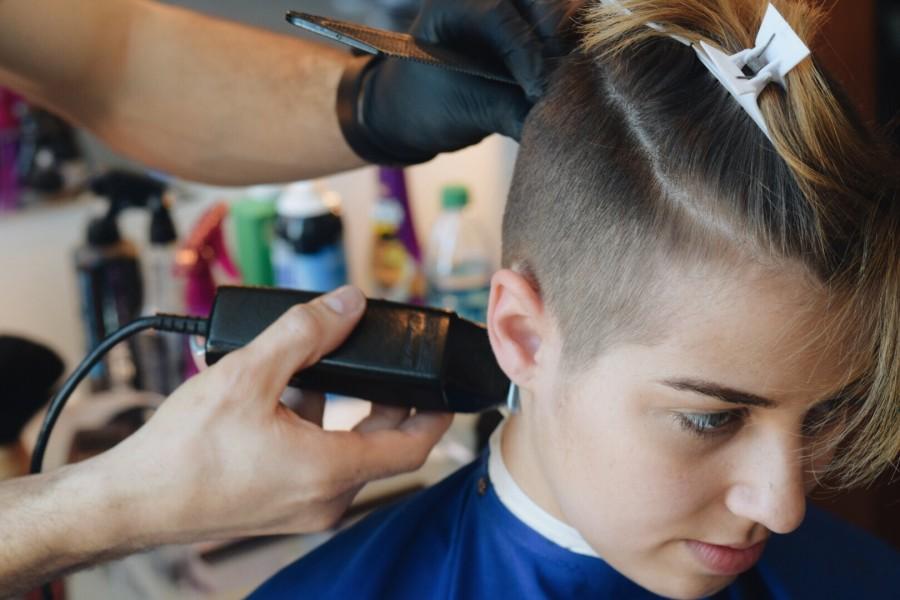 Processed with VSCOcam with a6 preset

On March 21, 2016, St. John’s University students and staff might have been surprised, and even confused, when they walked through the main doors at the D’Angelo Center and saw a pop-up salon with barbers and beauty professionals providing free haircuts and manicures. Sounds like a dream for all of those college students living on a tight budget now, doesn’t it?

The person responsible for making this dream come true, senior Justin Allison, had a vision in his Public Relations class two years ago, when he was just a sophomore. His idea was to provide a safe service that would bring the St. John’s community together. Allison, who will be graduating with a Public Relations degree next month, was able to turn that vision into a reality when he created Studio Red.

Over 70 people attended the last pop-up event, and over 60 of them were able to get their hair cut within the two-hour slot.

According to Allison, although SJU is a diverse university with students and very connected when it comes to sports, there are still a lot of different ways to make people feel part of the school.

“We provide something that everyone takes part in, which is grooming themselves at the end of the day,” Allison said. “Everybody grooms themselves in some way, shape or form. This is one way to connect them.”

Allison said that with the help of one of his professors, Allyson Maida, he was able to get his idea to the next level by becoming an established and a legal liability company.

“From there everything just moved forward,” he said.

Allison expressed the difficulties of being a “student trying to establish your company,” especially at a prestigious school like St. John’s. The limitation of space and the school being located in city like New York City does not make things any easier. But according to him, maintaining persistent was both his biggest challenge and the key to his success.

“There’s limited space for classrooms, let alone for a barbershop,” he said.

Allison then started doing the pop-up events partnering up with organizations such as Student Government and the Resident Students Association. He also looks forward to doing something with the fashion club as well. He is planning on having these events three times a week next school year and he is working on having a set location to do so.

Allison works with barbers from Teenagers, Supreme Barbershop and Headquarters, which are all barber shops located in Jamaica, Queens – not too far from St. John’s. He also works with Breezy Nails, which is also located nearby, to provide manicures.

His inspiration comes from understanding the need that everybody needs a haircut or to have his or her nails done. It’s something that not only relaxes them, but also provides a good feeling, while also making them look presentable for the workforce.

When it comes to making Studio Red rise, he counts on the help of fellow millennial entrepreneurs like himself. He started working with SJU junior Rachel Gordon, a fellow Public Relations student, to be his publicist.

According to Gordon, Justin was looking for someone for “the business venture he was going into.” He heard about her and her interests in pursuing PR and branding as a career.

“We spoke about his ideas and kind of where I wanted to go with my own business ventures,” she said. They then meshed their ideas and worked from there.

Gordon said that Allison is her first big client, and that working with the brand has definitely made her grow as a professional. Letting other people know they are serious even though they are young has been, according to her, not necessarily a challenge, but an interesting experience.

“Staying persistent is one of the biggest challenges,” Allison said.

He mentioned that setbacks might happen and you might find people that will “gas the idea up to the highest” but won’t do anything to help. At the end, it’s up to you to keep pushing.

“I encourage everybody who is becoming an entrepreneur or someone who has a very good idea that they believe in to stay persistent,” he said.

Allison, Gordon and others involved are working to make Studio Red bigger, and better. They hope to become established at St. John’s and expand it to other parts of New York City as well.

“It’s convenient, but it’s also cheaper,” he said. “We’re in New York City and you don’t want a college student to break their back trying to take care of themselves.”