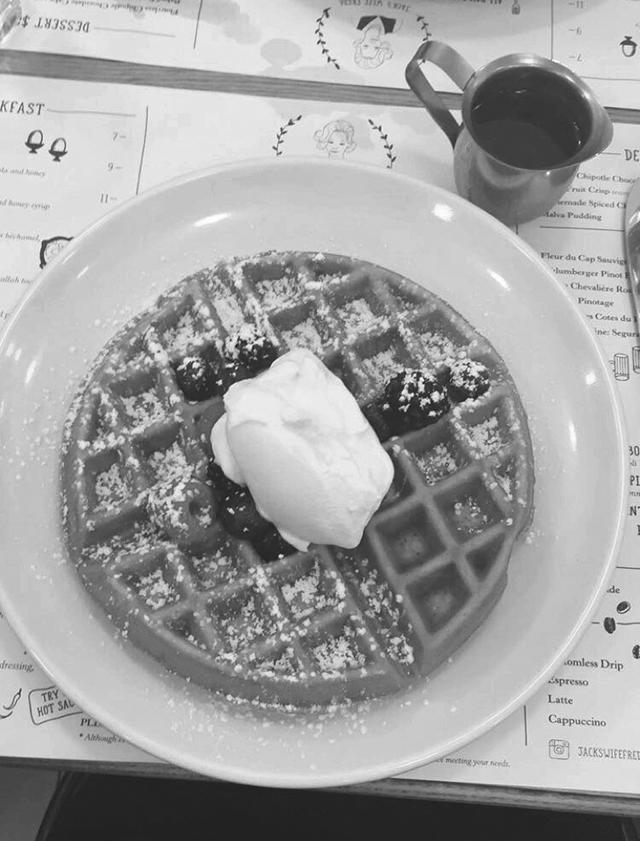 Whether you’re on Lafayette or Carmine Street, you’re sure to run into Jack’s Wife Freda. A person, yes – but in New York City, a dining staple.

Jack’s Wife Freda first opened its doors in 2012 on Lafayette Street and has been welcoming customers with open arms ever since. Its owners, Maya and Dean, have poured their heart and soul into making Jack’s Wife Freda a cozy place for Upper East Siders and Downtowners alike.

Before I go on to the most important part, the food, you may be wondering, “If the owners are Maya and Dean, why on earth is the restaurant called Jack’s Wife Freda?”

Well, that’s a funny story. Jack and Freda are actually Dean’s mother and father. The restaurant’s website says, “Freda was an incredible host, gracious and warm, always having family, friends, and couple of strangers over – and always lots of food.”

So, naturally, they chose to name their restaurant after her.

I had been beyond eager to try this interesting, quirky place out after seeing it on countless social media sites and hearing nothing but rave about it. So, on one rainy, Friday afternoon, I dragged my friends from our school in Queens to Downtown Manhattan. It was, unsurprisingly, packed to the brim. People were standing, anxiously waiting, and so were we. Before we even got to stare in awe at the cute decorations that adorned the spot, a nice young man in cool glasses immediately came over and asked how many people were with our party.

We were then quickly seated and given menus that had neat little drawings all over them. The items ranged from Matzo Ball Soup to Homemade Spiced Cheesecake. I immediately knew what I wanted- the Rosewater Waffle with a toasted baguette on the side. Yum! I usually drink water, but I decided to treat myself to a mint lemonade. My friends ordered the Jack’s Breakfast – two eggs, a grilled skirt steak, grilled tomato, fingerling potatoes and sourdough toast.

This waffle was no Eggo waffle. It was light and airy and tasted like a garden. The toasted baguette was delicious too, and huge. The mint lemonade fizzled and tasted like equal parts lemon and mint. The cup had an illustration of Freda on it.

The ambience at Jack’s Wife goes unparalleled. If you weren’t a cool kid before walking in, you definitely are now. On top of that, the food is actually really good. New York Magazine described it best as, “South African Israeli Jewish Grandmother Cuisine.”

So, next time you find yourself in The Village, make sure to say hi to Jack’s Wife Freda.