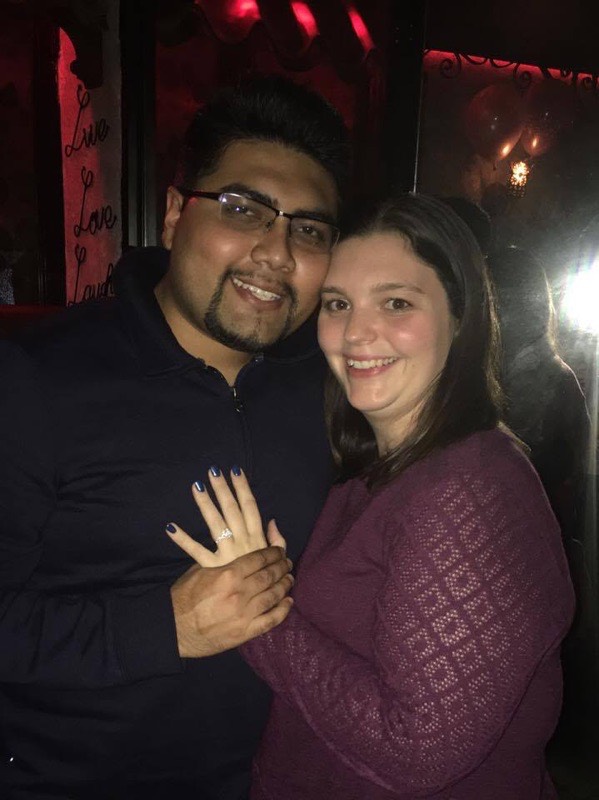 In fall of 2014, Philadelphia native Brooke Schaeffer, then a junior criminal justice major and Resident Assistant in Hollis Hall, was scrolling through her “suggested friends” list on Facebook. At the time she was a member of Alpha Phi Omega, a co-ed community service fraternity on campus. Having joined the organization recently, she knew the faces of other students in the group in passing, but did not have the chance to interact with all of them on a daily basis.

While she was scrolling through the list, Schaeffer recognized the profile photo of another St. John’s APO member: New Yorker Asif Shajib. He was suggested friend who held an internship with the city’s Probation Office. Not having had the opportunity to speak in person yet during community service events on campus, Schaeffer messaged him, curious about how he got the internship and wanted to network while trying to pursue her career goals.

Shajib, then a senior cyber security systems major, struck up an online chat with her that soon became an enjoyable friendship, complete with meet ups at the Red Storm Diner and hanging out with friends in Hollis.

Over the course of the school year, the two continuously grew closer, realizing that not only did Shajib have Schaeffer’s ideal internship, but a love of service and favorite hobbies in common as well.

The day after Schaeffer’s birthday party, Jan. 26, 2014, Shajib asked Schaeffer to be his girlfriend, admitting that he “didn’t want people asking if we were ‘just friends’ anymore.”

By the spring semester of 2014–the final semester of Shajib’s senior year–the two were officially together. Schaeffer recalls how different their first encounter was from their budding relationship, stating “All I wanted was to business network!” After some deliberation between the couple, it is discovered that they both had “small” crushes on each other over the course of their friendship.

Fast-forward three years to Shajib’s graduation from SJU as an undergraduate and Brooke’s graduation from the master’s program at St. John’s. Shajib, now an IT Systems Analyst, and Schaeffer a NYC Investigative Analyst, are engaged to be married. About three weeks ago on their third anniversary, Shajib popped the question following an intimate dinner date at Blend on the Water in Long Island City.

Schaeffer had been expecting the big night, but unsure of when it would happen. Shajib had been keeping the engagement ring he had purchased top secret since August, and Schaeffer was the first and only person to see it when he slipped the gorgeous band on her finger. As “All of Me” by John Legend played in the background, the lovebirds shared their special moment by a romantic waterfront view.

Admittedly nervous, Shajib was “relieved, happy with the smile on her face” when she said she wanted to marry him.

Schaeffer, long anticipating when he would get down on one knee, got “very emotional, and cried,” although she is not a crier.

Looking forward to a wedding date in “April of next year or in the beginning of 2019,” Shajib has a few pieces of advice for anyone looking for love or a Valentine at St. John’s:

“If you’re looking for love, you’ve gotta give it a try! You never know! Go beyond looks. Be open- to dating, your partner’s culture… continue to grow in knowing them. No matter how much you fight, always discuss it and continue moving forward.”