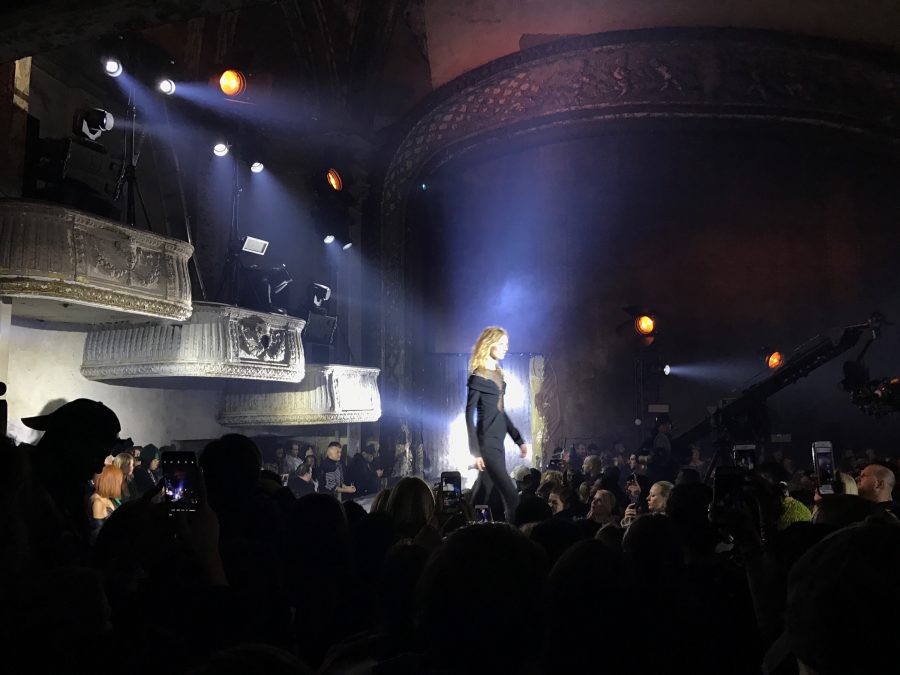 On Saturday, Feb. 11, Alexander Wang held his New York Fashion Week runway show entitled “No After Party,” for Fall/Winter 2017. Sebastian Rico-Cintron, a journalism major at SJU and a NYC fashion/lifestyle blogger, was one of a select few to gain access to this email invite-only show, held at the abandoned RKO Hamilton Theater in upper Manhattan.

Designer Alexander Wang is most widely known for two things within the fashion industry, what Cintron describes as “monochromatic, always all black” runway pieces and “huge after parties” following NYFW events.

September fashion week 2016, which covers fashion that will be on sale in Spring/Summer of the following year, featured a splash of color from Wang, including white and pastels.

Aside from color, one thing fashion week 2017 did not feature, as noted in the show’s theme, was a famed Alexander Wang after party.

According to New York Magazine, invitations clearly stated “standing room only. no after-party.”

Upon entry to the theater’s lobby, Cintron was met with signs stating the very same.

This came as a shock to many, who Cintron says crowded into “an abandoned theater with graffiti all over the walls, very skatepark-esque, no chairs anywhere at all.” The crowd of fashion bloggers, journalists and fashion editors stood on the slanted floor, where one would usually find rows of theater seats leading up to the stage. Instead, the closer to the stage onlookers stood, the steeper the incline was.

With people shoving and crowding around to get close to the stage Cintron said,

“It was so packed, it was like a concert. Everyone was towering over each other’s head with phones and hands in the air. If you weren’t in the first couple rows, you could barely see anything.”

He caught a glimpse of those with the best view in the theater’s Opera Box, high above the crowd, including Kylie Jenner, Ansel Elgort and A$AP Ferg.

Models, among them Kendall Jenner and Bella Hadid, sauntered down the runway in black leather pants, jackets and cutout dresses. Sheer fabric, rhinestone-encrusted accessories and a pop of silver glimmered amongst ensembles.

To dispel myths that “No After Party” was anything less than the truth, the phrase was written in clear, black lettering down the stockinged legs of some runway models.

The show in total lasted approximately five minutes, with an ambiance akin to a heavy-metal concert at Terminal 5 on the West Side of the city.

“People like Wang so much because he does the unexpected with everything,” Cintron said. “Everything is all black and people really like that. They also really like that he does crazy, expensive stuff for his parties, so he probably would rather budget a lot of money for a big after party following Spring/Summer fashion week, than two smaller ones between the two.”