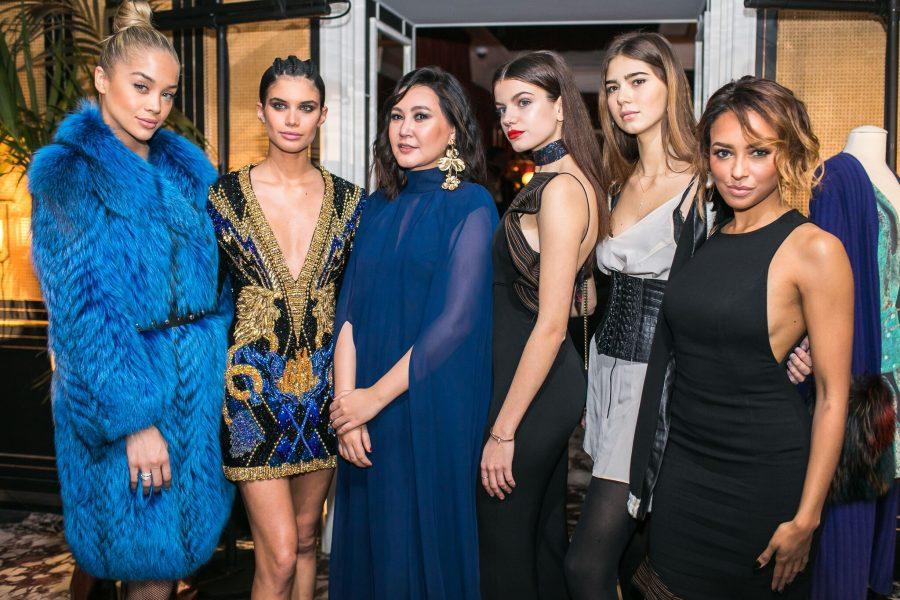 Strutting down campus in high heels and a perfectly tailored, eccentric outfit, even in the mites of rain, sleet and snow, Lalisa Wongchai is always a sight to behold. Anyone can see that she clearly has the ‘Vogue’ look, so it’s not shocking to learn that she has already made a name for herself at the cutthroat and dazzling world of Vogue.

Wongchai is  the assistant/intern to the editor of Vogue Thailand. She is truly a jack-of-all-trades as she works in journalism, public relations, showroom and model agency bookings for her boss.

This has been a dream come true for Wongchai, who has been interested in fashion most of her life.

Over spring break, she accompanied her boss on a business trip to Paris, France for Paris Fashion Week to help organize and assist in a Vogue dinner party for up and coming Thai designer, Angley Balek.

She first fell in love with the city while participating in the Discover France program in the spring of 2016 through St. John’s.

“I like to live a full life of aesthetics and there’s something about Paris that fits me so well. It is an elegant city full of art and rich history,” Wongchai said.

Though she was happy to be back in Paris, she had no time to lollygag since she played a critical role in organizing the events. She was in charge of managing the guest list and inviting celebrities, models and key figures in the fashion industry to the event.

She worked closely with Elite and Women Management modeling agencies and was able to get A-listers like Sara Sampaio (Victoria’s Secret Angel), Sonia Ben (face of Dolce & Gabbana), Jazmine Sanders (Instagram “it girl’) and many of the Bulgari girls to attend the event.

Backstage she worked to help some of the major attendees get fitted to wear the designer’s clothes for the dinner.

“One of the people I got to fit was rapper Azealia Banks,” Wongchai said.

When she wasn’t running around trying not to break her ankle in her signature heels while live reporting the dinner party on Vogue Thailand’s Instagram at #voguexangellys, she was mingling with elites in the fashion industry, including several Vogue editor-in-chiefs from around the world and celebrities like Kat Graham and Jackie Cruz.

“It honestly felt like I was living in a dream. To be able to taste this different world… I never thought I would be able to experience it, at least at this age,” she said.

“I had so much fun, but it was hectic at times especially getting back the sample clothes from the guests attending it was challenging because during fashion week response time is extremely slow and I only had a few days to get the clothes back before rushing back to NYC for class,” Wongchai said.

She clearly works hard and she said she owes much of her success to her boss who also works to mentor her.

“My career thus far, I owe it to my boss, she has inspired me and took far beyond my boundaries,” she said.

As anyone trying to break into the fashion industry would know, it is rough trying to get a foot in the door, but Wongchai said she would advise people not to give up on their dreams and keep working to make those key connections.

“Keep putting yourself out there. No matter how many times you feel like giving up, don’t let anyone stop you from dreaming,” she said.