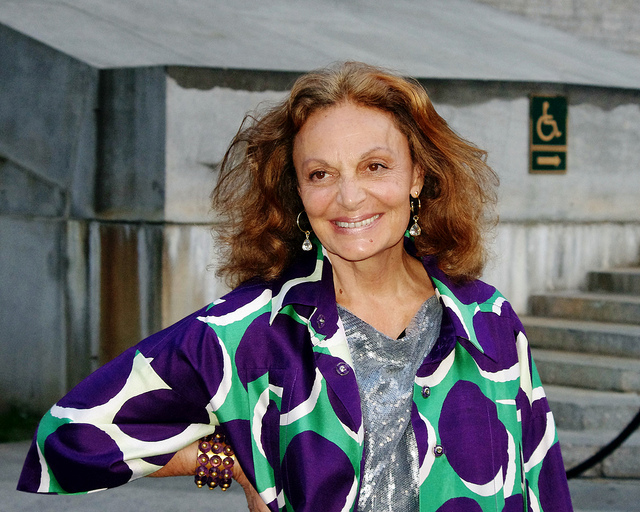 Like most industries in America, the fashion industry, which holds an immeasurable influence on the entire world, is blessed by the hard work of immigrants. To name a few, fashion icons such as Oscar de la Renta, Adriana Lima and Anna Wintour are all immigrants.

Despite their critical role in the American fashion industry, countless immigrants are in the mites of an ongoing struggle to remain in the U.S. 20 percent, of fashion manufacturing workers are undocumented immigrants who are at the highest risk for deportation.

The Council of Fashion Designers of America and Immigration headed fashion pioneers like Diane von Furstenberg and the reform organization FWD.us released a 48-page report on immigration’s effect on fashion industry earlier this month.

The report highlights how current immigration policy is crippling the industry’s ability to obtain and keep talent in their organizations.

Simply getting a visa is half the battle.  Various limitations are in place, such as having visas denied due to caps on how many can be issued and the type of professional allowed to get one.

Students are especially disadvantaged in the visa process. Due to issues with obtaining work visas after graduation, many international students are forced to leave the country immediately after obtaining their degree.

International students eligible for the OPT are only allowed to work for up to 12 months after graduation. The acceptation to this policy being how STEM majors can extend their visa for up to 24 months, however most majors within the fashion industry do not qualify.

A whopping 42 percent of those surveyed in the report found it difficult to hire foreign workers because they are uneducated about the immigration system.

Top concerns are: difficulties processing visas, unnecessarily long wait times and high legal fees are a huge financial burden on employers. 68 percent report spending between $5,000-10,000 dollars in legal fees for the visa of a single employee.

As a result of the immense financial burden associated with visas, most companies opt out in investing in younger talent and usually seek to hire foreigners for more senior positions.

The loss of talent in the fashion industry could negatively impact NYC’s revenue as well.

Besides just criticizing the current state of immigration, the report highlights a few suggestions for much-needed change.

Suggestions for change include: expanding existing visas for students to remain in country after receiving their degree, creating start up visas for foreign-born business leaders, and making the visa process less costly.

Junior Lalisa Wongchai, is currently interning for Vogue, has worked with many immigrants and international workers in the fashion industry and views their contribution as vital to the future of fashion.

“I have worked with people from all over the world from many different cultures come together for one common purpose: fashion,” Wongchai said.

While the current state of immigration reform is unclear in America at the moment, the fashion world has made it clear they will continue pushing for reform so that people from all around the world can one day call America home.