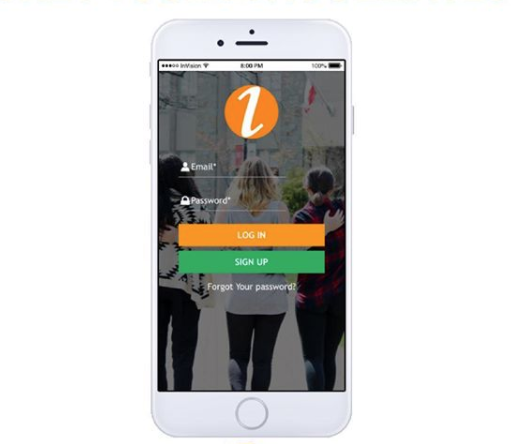 When most people graduate, they think back on the fun times they had, but Emmanuel Geffrard  thought more about what he wishes he had. The 27-year-old 2016 alumnus, wishes he had a better way of connecting himself with his classmates when he was majoring in economics at St. John’s.

So, he came up Insidr Student, an idea that would ensure students had a better way of connecting with their classmates.

Insidr Student is a free app available for iPhone and Android that allows students at any university to connect with each other and connect to their classmates using their course reference number.

Using your St. John’s email connects you to all the St. John’s students using the app, but once you register for the class and you type the number into the app and you’ll be connected with other students in that class.

You can message people in your class, create groupchats and rate your professor.

The app also works overseas in the case that you are studying abroad or an international student.

Once you use the course reference number to link a class or use your St. John’s email you will be connected to your classmates without jumping through hoops.

Insidr Student is also interactive for outside the classroom, you can post pictures that delete after a week but it differs from other apps with liking abilities. The only people that will see the likes are the person that posts the picture and the person that liked the picture.

This takes away the counting of likes and focuses on the social interaction.

“I wanted something for students, specifically classmates, to have a way to interact with each other faster,” Geffrard said. “It gives you that access to classmates and even a boost to make friends or more. We are not a dating app but having that access and using it beyond academic purposes makes it easier for people to connect.”

Emmanuel Geffrard says he’s always been entrepreneurial, interested in business since he was 15.

“After I questioned what could’ve made my college experience better, I decided to look into creating an app.”

At three-weeks old, Emmanuel Geffrard says that the app has garnered a little under 1,000 downloads.

“Most of our downloads are coming from Florida,” he said. “Broward College and Florida International University students have been downloading the app the most.”

Emmanuel Geffrard, a former president of Haitian Society, understands the difficulty of having to communicate with members through email.

“Not even 50 percent respond to the email,” he said. “Having the organization on the app, leaders can post something and anyone that has joined that group will get an immediate notification.”

“When we first started marketing, we emphasized the [app’s] features, but now we’re trying to focus more on the mission rather than what the app does,” Emmanuel Geffrard said. “We want to highlight the reason why we created the app in the first place.”

Emmanuel Geffrard says that knowing how difficult college can be, he aims to make it a little easier.

“I want it to be a platform for people to improve their lives. When you graduate, you don’t want to only have 3 friends you want to have more people that you’ve interacted with,” he said. “It’ll make your professional life better, academic life better and will improve your social life.”

The Insidr Student app is still in constant development with different features to be added in the future.

Emmanuel Geffrard emphasized that the app is a “product in progress” and is taking feedback on what users like about the app and what they wish to see in the future. One of the future features that will be added to the app is the ability to register student organizations.