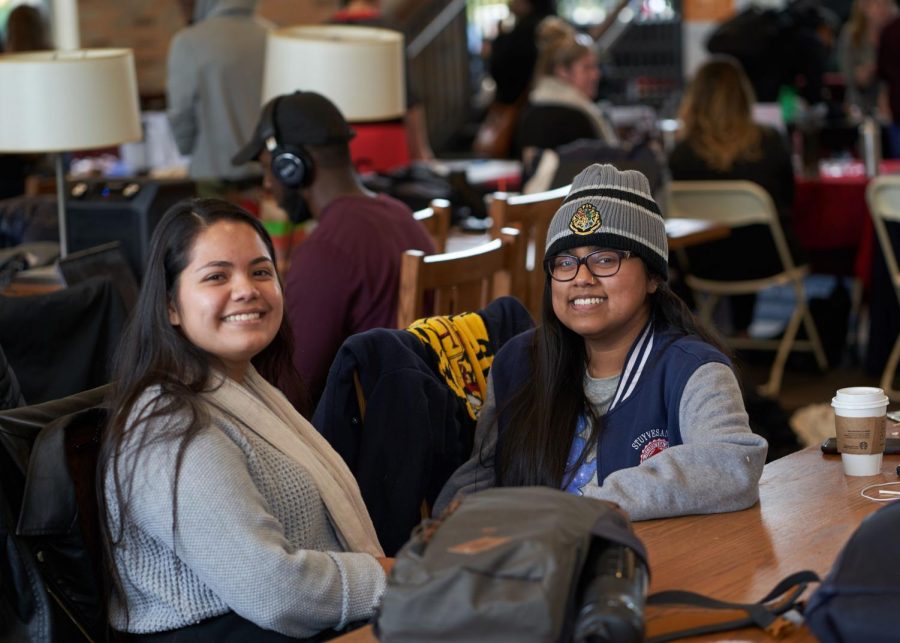 Soannie Maldonado, Senior, Miami, FL, 21, English, “It’s more on you to make sure you graduate on time because there are multiple cases where students think they’re on track, then it’s like J.K., you have to do two core classes and you can’t walk because you didn’t take that core class... I know too many kids including me who are taking the GRE [grad school admissions exam] and taking it way too late in our senior year when we probably should’ve taken it our junior year, and then had the option to take it again if we wanted.”

What does it mean to be happy? The Merriam-Webster dictionary defines happiness as well-being and contentment. Some Johnnies define happiness as the Henley-bound shuttle bus arriving on time or Angela coming back from her lunch break to make omelettes, while others view it as watching the tree lighting ceremony at the University’s annual winter carnival. Whether you live for a free water bottle during common hour or a random ice cream truck near Carnesecca Arena, according to a recent study, it seems that overall, many St. John’s students aren’t happy.

A recent study by the Princeton Review analyzed how strongly students disagree with the statement, “I am happy at my school.” St. John’s is ranked #9 “least happy” on the list, preceding the United States Merchant Marine Academy and succeeding the United States Coast Guard Academy. When you think about it, it speaks volumes that our University was placed in between two of the five United States service academies, one which trains officers for branches of the military and the other which provides education to future Coast Guard officers. This survey question is essentially looking to find the school where students don’t feel fulfilled.

Last year, the school ranked #17 for “least happy” students, and the year before, it ranked #11.

In response to the ranking, Jen Tucholski, a University Spokesperson said, “The Princeton Review surveyed approximately 500 of our 11,000-plus undergraduate students in 2015. The group of students polled represented only four percent of the student population—rendering the survey statistically insignificant. With a sampling that does not meet statistical significance, it is impossible to capture accurate data. A single question posed in a statistically insignificant survey cannot measure quality of life, least of all, something as subjective and broad in scope as happiness.”

The Torch spoke to a few students during common hour on Monday to determine whether or not they would consider themselves happy, and why they think so many Johnnies feel negatively about their St. John’s experience. Click the slideshow to see what they said.