Destinee Clowe shares her semester at CBS & The Wendy Show 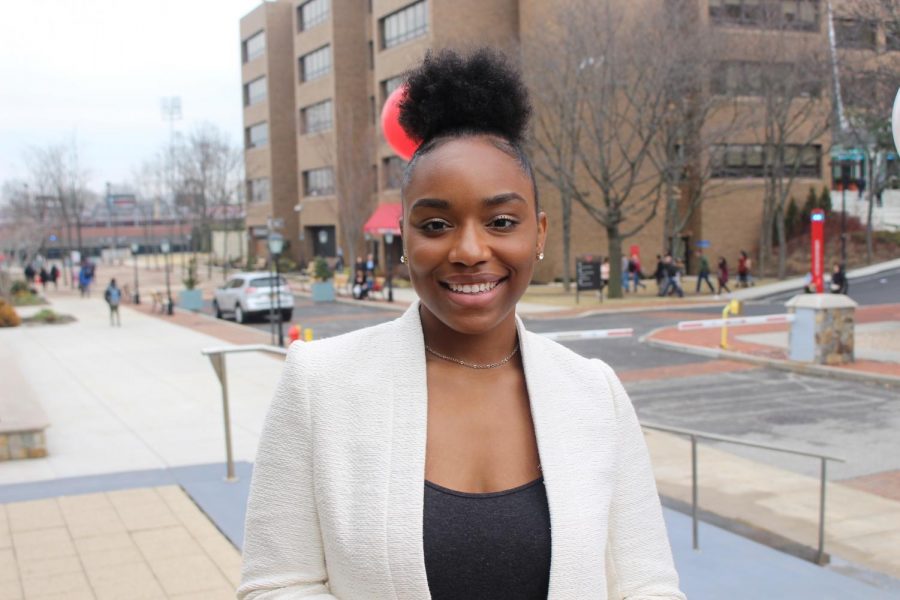 On a typical Monday and Thursday, senior Destinee Clowe wakes up before dawn to say her daily devotionals.

“Meditation and praying in the morning… reading, journaling, whatever you need to do that will get you in the right mindset, and hav[ing] that moment of stillness really impacts my day because my performance is 1,000 times better.”  Clowe said.

At 10:30 a.m., Clowe hears commotion inside a pitch meeting where broadcast assistants (B.A.’s), interns, producers, the booking team, anchors and correspondents/reporters go over the “CBS this Morning” show, which airs from 7-9 a.m.. She listens in as the professional business men and women are on a conference with the CBS D.C. and London bureaus.

“We’re all talking, pitching story ideas from every segment to see what could be a package, a reader, and what story-time-segment each story can go on,” Clowe said.

After the meeting, Clowe gives books sent in by various authors and publishers for “CBS this Morning’s” feature book segment, to the producer in charge.

Clowe sorts each book by genre. Once finished, she goes back downstairs and asks the producers if they need help.

“If not, I am on the web searching for any stories I can possibly pitch in the next meeting,” she said.

Switching gears to “The Wendy Williams Show,” it’s a different line of work, where Clowe interns on Tuesdays and Wednesdays.

Clowe’s responsibilities include helping the “Hot Topics” team print photos for the show and placing the photos in order by segment. Sometimes, she’s assigned to go outside to prep the audience. This is where she gives an audience member in the line a release form to sign, allowing them to be seen on television.

If she’s not enduring the cold fall air, Clowe is helping with a segment called  ‘Ask Wendy’. She hands out forms to audience members so that they can ask the most craziest questions to Wendy during that segment.

Clowe also works for the talent department director where she assists any celebrities with anything they may need.

Clowe said she sometimes uses skills acquired in one internship to help her excel in the other.

“If my means of communicating and my confidence rises in one position, it definitely helps me in the other.” she said.

The PG County native said that at CBS, she does a lot of research and fact-checking. “In entertainment, if you get something wrong, people are more likely to come back, hard news is more focused and serious.”

The senior is majoring in communications and minoring in journalism, and  is currently taking online classes this semester. To her, the workload is not that hard anymore.

Though Clowe has a busy schedule of juggling two internships, she believes she can persevere. “When you have a lot going on it is important to have time to yourself or else you’re going to burnout,” she said.

Working at these internships have validated what Clowe wanted to do within the journalism industry. “I knew I didn’t want to do hard news and I wanted to do entertainment. I thank God that I’m working at such different spectrums of the industry because the environments are completely different,” she said.

To students interested in taking on 2 internships, Clowe says: “Incorporate self-care into your routine. Your [internship] isn’t your life, your job is an aspect of your life. Definitely have time for you. You have the same 24 hours as Beyonce and Oprah.”