Meet the women who made fashion studies a reality 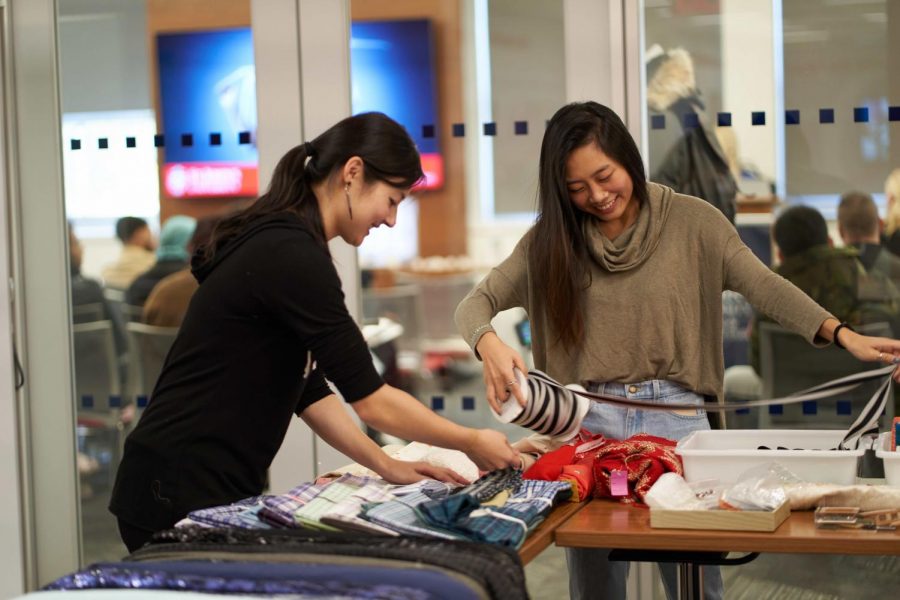 Once upon a time, there was a phenomenon called Fashion Studies at St. John’s.

A moment described by Dean Katia Passerini as historic, most St. John’s students are unaware of nor could they know about the obstacles, time and winding road that led to creating a fashion studies major at St. John’s.

From studying students’ reception to fashion-related courses to gearing up the right team, Dr. Andrea Licari, Prof. Catherine Ruggieri and Dr. Almerinda Forte spearheaded this program, a move that has been in the works for years now.

As part of the university’s Vincentian mission and ethical perspective, the Fashion Studies major particularly examines the business and ethical aspects of this industry.

This August, the major was approved as a state-recognized program at St. John’s.

“It started with Dr. Licari, a couple of years ago she said that she wanted to start a pre-session [mini courses offered in May], and she would teach fashion and take students on field trips,” Ruggieri explained. Ruggieri is the Fashion Studies program creator and a fashion management professor. Her hope is that the major would inspire students to go out and make change in fashion.

“I thought it was a great idea,” Ruggieri said.

The pre-session course then ran for a few summers and then Licari spoke to her division about implementing a minor.

Licari came to St. Johns from the Fashion Institute of Technology (F.I.T) in the 80s, and wanted to have fashion courses at St. John’s.

“At the time, I was told that that would not work,” Licari said.

In the 2000s, the fashion club, Red House, asked Licari to be their moderator.

“I became the club’s moderator and many students in the club were interested in a fashion major,” she said. “I asked about the possibility of a program again, and was told ‘that’s not the strength for where St. John’s comes’.”

After another rejection, Forte, professor and chairperson for the Division of Administration and Economics, suggested implementing a minor. Approving of the idea, Licari proceeded to ask Dr. Joyce Boland-DeVito to teach fashion law for the minor.

“Boland-DeVito decided to go to Fordham University to do a bootcamp on fashion law, and I was very happy that she did that,” Licari said.

“It’s almost like you have to wait until the right time, where you can get support,” Licari said. “It wasn’t until the 2000s that I got that support.”

Licari said Forte’s support was pivotal, as she was able to convince the administration to get behind a fashion minor — a minor students reacted very well to. In the summer of 2015, Licari decided that they needed to actively work on a degree, despite discouraging responses in the past.

“While I was teaching courses for the fashion minor, Forte asked Prof. Ruggieri if she could package what we had to make a Bachelor’s program,” Licari said.

As a former dean, Ruggieri had the institutional knowledge needed to package the program within state guidelines.

“I wrote up the management course, Dr. Joyce Boland-DeVito wrote up the fashion law course, Dr. Susan Glanz who teaches economics wrote an economic issues of fashion class, Dr. Carmine Gibaldi wrote an entrepreneurship course for fashion, Dr. Licari does the marketing and branding—she does the intro course and the pre-session as well,” Ruggieri said.

In order to get the program approved, Ruggieri had to prove to New York State that there isn’t only a need for the degree, but that there is student interest.

Ruggieri wrote up a proposal, which was later approved.

“A number of courses from the minor will transition into the major, the courses are both live and online,” Licari said. “We will have embedded courses in Paris, Limerick and Rome.”

Fashion designer and senior student Donovan Salmon is one of the many students excited to see the major on campus, even though his senior status prevents him from pursuing the major.

“If I were a freshman coming in, I would’ve done this instead of marketing,” he said. “A sustainable business is a business that will last the longest, and it makes your wardrobe way more unique than someone else’s, so I’m happy to see the ethical aspect of fashion in this program,” he added.

Licari said that the program is an opportunity for St. John’s students to secure their place in a global economy.

“Fashion is more than clothing, fashion is a lifestyle. Fashion to me is what is on your back, what music you’re listening to, what literature you’re reading,” she said.

The fashion studies program officially launches in fall 2019 and some students have already signed up to take on the major when it becomes available.

“St. John’s is committed to the fashion industry in many ways from the ethical and sustainable aspect, doing what’s right by the industry, and getting our students jobs,” Licari said.