NYFW: The Glitz, The Glam, And the Realness 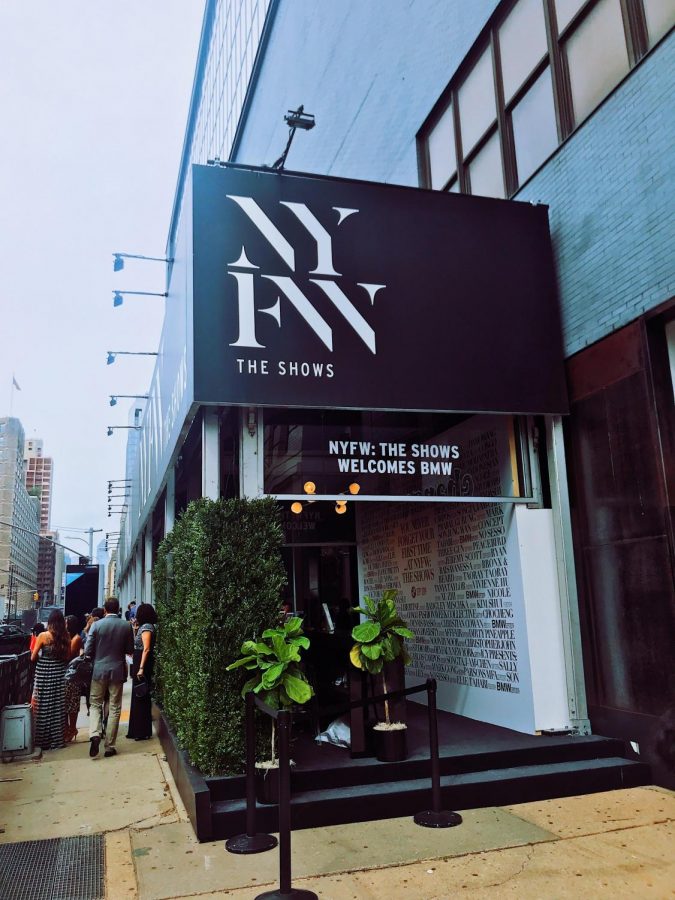 It’s almost showtime. The models are dressed and lined up in order. The lights are down, and the cue is about to be called. A woman, no more than 5’5” in a black pinstripe suit, accompanied by two sets of walkie talkies and a long thick braid, rushes up behind me.

“Did you lotion the models legs?” she said.

“Did I lotion the model’s legs?” I repeated back to her.

The makeup team was running by us with tubs of shimmering lotion. There was not enough of them to lather every  model. I looked to my coworkers who had already had their hands in the tubs of lotion. This is New York Fashion Week.

This is my third season working fashion week and one I will not forget. I thought I knew what to expect, but each season comes with new surprises! I worked  as a Venue Assistant at Spring Studios, which is home to shows like Nicole Miller, Jeremy Scott, Rebecca Minkoff, Area, I Love Pretty, and many more.

I worked a show for a Turkish brand called AFFFAIR at the end of the week. They were short on dressers and backstage helpers, so I got to be behind the scenes. Making sure the models were zipped in their dresses, their shoes were buckled, and last minute makeup retouches (including lotioned legs) were completed was a part of that. I got to work directly with the designer, Rufat Ismayilov, on creating his vision for the show.

A typical day for a Venue Assistant includes setting up for the show, greeting the guests, and redoing the whole venue for the next show. We work closely with our Venue Leads who are the direct respondents to Spring Studios, as well as the designer’s PR teams on their seating charts, and get to see the exciting celebrity faces that walk through the door. Recent SJU graduate Dana DeRiso recalls what it was like to seat rapper and fashion icon, Rico Nasty, for the Area show.

“I saw Rico Nasty walk into the room and thought I could keep my cool, but once she got up to perform while the models were strutting down the runway, I lost it” DeRiso said.

“It was surreal to see celebrities right before my eyes. Their outfits were amazing and I was starstruck.” Clark said.

At Nicole Miller’s show on Sunday, I witnessed how music plays a giant role in fashion. With Miller’s Japanese inspired fashion line from her recent trip to Tokyo, Japanese pop songs such as “Flamingo” by Kero Kero Bonito accompanied her designs, and it was more than fabulous.

The music in any show is meant to engage the crowd and accentuate the fashion. In a fashion runway show or presentation, all the pieces of an artistic puzzle come to life.

Working the shows at fashion week is an efficient way to see the designs,  celebrities, and of course, get major style inspiration. Some of the best outfits of fashion week are seen off the runway. This season, many of the attendees were decked out in vintage Chanel, Dior, denim head to toe, knee high boots, thick headbands, and lots of neon!

There is so much glamour to fashion week on the surface, but behind the scenes is very raw and real. There is a lot that goes into putting on a seemingly perfect show, and a lot of preparation into making it glamorous. There is limited time for eating, sleeping, and even sitting, but at the end of the week it is so rewarding to think, “I was apart of that, I made that happen.”

I am exhausted but I am so inspired. I’m counting down the days until February.