Veganism in the Makeup Industry 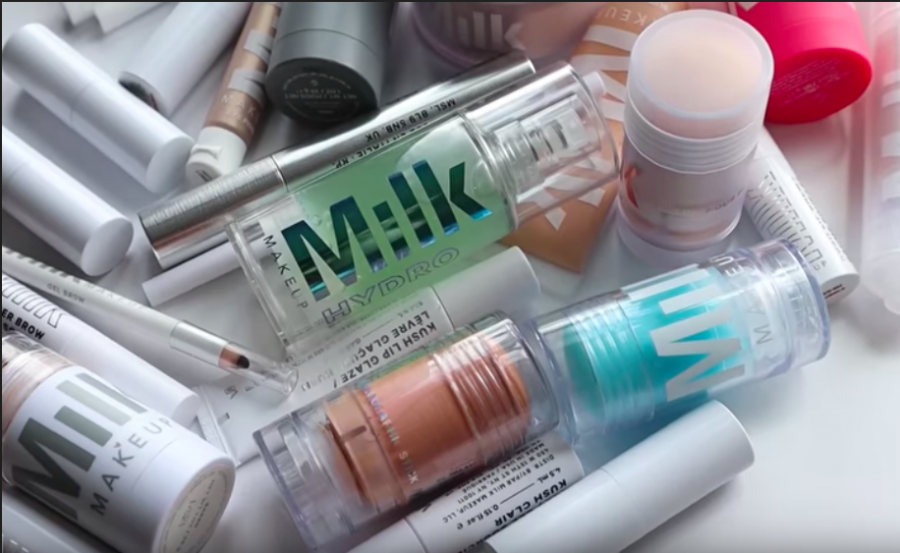 Milk Makeup is a vegan makeup line, meaning their products are completely free of animal products.

Vegan: this word can elicit many emotions, but how about if it was in reference to make-up and not food? Do these feelings change? Many people might react by saying all make-up is vegan, after all, you don’t expect to find milk and eggs in your blush. However, this is not always the case, and with recent animal-friendly initiatives, many cosmetic companies have chosen to go vegan as well as cruelty-free. So what’s the difference?

A person living a traditional vegan lifestyle won’t eat or wear anything that came from an animal, meat or byproducts. Accordingly, vegan make-up is anything that animal products or ingredients. Now more than ever before consumers are being more conscious about their ecological impact, with a quarter of millennials identifying as vegan or vegetarian according to The Economist. They actually went so far as to claim 2019 as “the year of the vegan”.

However, according to this definition, vegan doesn’t guarantee cruelty-free. A cruelty-free cosmetic is one that has none of its components or the finished product tested on animals. This translates to consumers having to do research about the products they are buying to make sure they are not being misled by the labeling. This being noted, there are also many companies that are both cruelty-free and vegan.

“I would do my best to research the company and make sure that they are cruelty-free or vegan so that no animals are being subjected to any form of unnecessary testing,” Courtney Herzog, member of The Animal Rights Association at SJU recommended. “The good thing about the makeup industry today though is that most companies are moving towards being cruelty-free, so hopefully one day they all will be.”

PETA, a very active animal rights activist group, keeps a running list of vegan companies that don’t test on animals. Some popular cosmetic brands are Dermablend, Milani, Too Faced, Tarte, Urban Decay, Wet n’ Wild, Lush, and Kat Von D Beauty. These products run the gamut, so if you wanted to it’s possible to replace every step of your beauty routine with items that are cruelty-free and vegan, even your brushes!

Nanshy is one of these vegan makeup application tool companies, and they bullet reasons to go vegan with your makeup routine on their website. First, it’ll prevent dead animal by-products, such as uric acid and dead insect extracts (like Carmine for pigmentation) from touching your skin. Secondly, as well as being animal-friendly you’ll be eco-friendly as vegan makeup’s packaging is typically made from recycled materials.” Finally, in this newly veganized era, there is no shortage of different products to efficiently and affordably continue your normal routine.

This movement of cruelty-free and vegan make-up has gained so much momentum that when a product isn’t certified or goes backs to testing on animals, there is public outrage. As cited by the New York Times, this is exactly what happened when Estée Lauder and Revlon began retesting on animals in order to sell in China, where it is legally required. The Guardian also cites a similar case where “Nars announced it would have to test its products on animals in order to be sold in China” and “a petition against the company’s new stance on animal testing attracted nearly 250,000 signatures”.

Dr. Dennis Gross, a dermatologist, notices in the same New York Times article that Gen Z consumers look to purchase products that are in line with their personal values, and these shopping habits a huge drive for change in the industry. People have begun pushing animal rights issues to the forefront of the conversation and companies are listening – it’s up to consumers to decide what their personal values are and which companies they accordingly support.