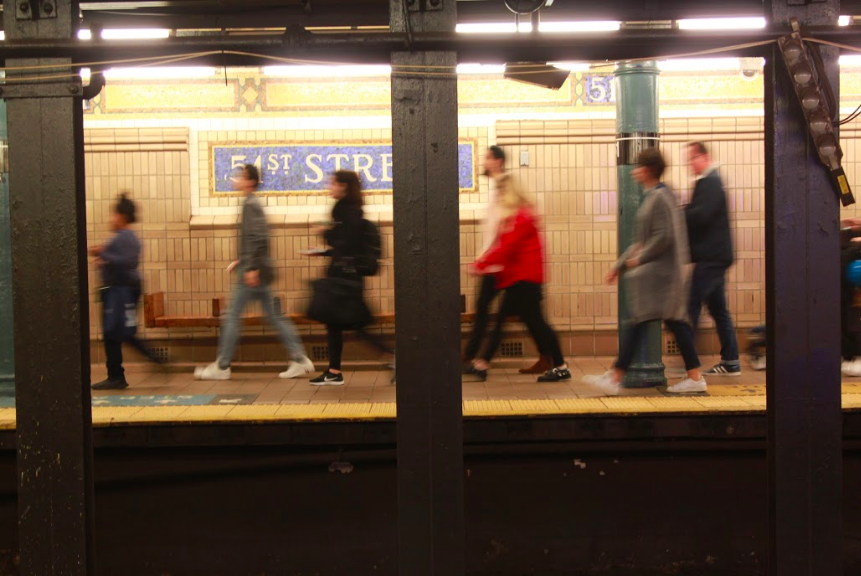 On Friday, Nov. 1, protestors jumped turnstiles in response to the fate evasion crackdown.

Have you ever hopped the turnstile heading into the subway system? Or gotten on the bus through the back doors to avoid paying the $2.75 fare? Thousands of New Yorkers do this every day to avoid paying the fare, but the MTA is beginning to crack down on fare evasion.

The MTA has added a higher amount of police presence in stations that are known to be a “hot spot” for fare evasion. Anyone who gets caught hopping the turnstiles will find themselves facing a $100 ticket — avoidable by paying the $2.75.

Just by taking the subway, you’ll see signs prompting people to pay the $2.75 fare to avoid this ticket. These signs have sayings such as: “We’d rather your $2.75 fare than your $100 fine” and “Together we can make a better system.”

But how do New Yorkers and St. John’s students feel about the crackdown on fare evasion?

“Genuinely, it makes me feel safe although I hate being over watched when I’m not doing anything wrong,” Hope said regarding the increased police presence in subway stations.

“I don’t feel like they should increase the security at subway stations because it will cause discomfort for the people of NY,” said Pineda. “It may cause people to stop taking the subway to avoid being nervous or to prevent seeing a potential act of police brutality. I think they can go about this in other ways besides enforcing security.”

Pineda is among a large number of New Yorkers who do not believe that there should be a crackdown on fare evasion. On Friday, Nov. 1, hundreds of protesters flooded the streets and subways in Downtown Brooklyn to fight this new initiative.

During the protest, many people marched, jumped turnstiles and vandalized buildings, street signs and buses, according to Business Insider.

This outrage came in lieu of multiple incidents that occurred over the last few weeks pertaining to police brutality over the crackdown.

“I’m glad that there were people to protest because if we stay quiet, nothing will change,” Pineda said. “Perhaps, the protest could have been handled differently. It could have maybe been a silent protest outside the station and that would’ve shown volume too.”

In addition to the crackdown on fare evasion, the MTA has also discussed raising the price to take the subway.

“There’s been talk of the fees rising to $3.00 in the next couple of months and personally, this is way too much,” Hope said.

As of right now, the only concrete price raises will be to the weekly and monthly metrocards — which will occur in April — but the price of a single ride could still go up, according to the New York Times.

“The subway fares could go up to $5 and commuters would still pay it, because it’s a necessity and still cheaper than owning and insuring a vehicle,” Hope added. “So though it generates frustration amongst New Yorkers, there’s not much we can do about it and we will still pay.”

Regardless of this crackdown on fare evasion, New Yorkers will continue to try and avoid paying these fares, especially if the price to ride the bus or subway does indeed go up.