Bundle Up: Adapting to NYC Weather

Out of state students talk preparing for the cold. 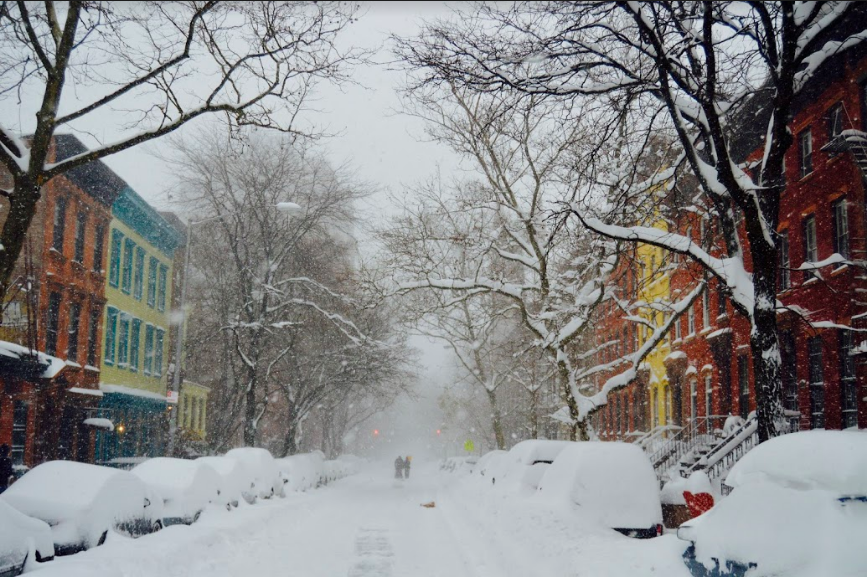 Winter is approaching in New York City, and, according to ABC7NY Weather, this year the season could bring above-normal snowfall, so everyone has to be ready for the frigid weather. While this may seem normal to SJU students native to New York or the nearby area, this task is new to many students from other parts of the country. Many out-of-state students are being forced to rapidly prepare for this upcoming winter season, each contrasting the weather here from back home and employing different strategies to fight the cold and wind.

Those students who are coming from the west coast are each having different experiences adapting. Freshman student Desivie Knee is from Seattle, Washington, and there, she says, “Winter is grey, rainy and around 30-40 degrees typically.”

Freshman California native Karla Rangel had never experienced temperatures below 50 degrees and freshman Jenna Fliesan, who is from Las Vegas, said that if she were home right now, she would be wearing her Birkenstock sandals. Compare this with the weather of the past two weeks in Queens, where it has been below freezing, without even considering the windchill temperature!

Knee is being forced to quickly adapt to the extreme wind, admitting that “adapting to New York City winter is tough. I’m freezing.” Rangel is dealing with the same issue, saying that, “It’s the wind that gets you.”

Knee and Fliesan have already made moves to prepare themselves, Knee sharing that  “I have so many different layers, socks, a really puffy coat, snow boots, hats and gloves so I’m hopefully prepared.” Fliesan has struggled, only getting a coat from a thrift store that her roommates tell her won’t be enough, but said that she plans to get a parka soon and, due to the price of boots, will get “off-brand duck boots.”

Students from the South are coming from states where the weather during the winter is entirely different. Freshman Holly Larson comes from Florida and said that at this time of year, the weather “would be in the 90s or 80s.”

“I’m really scared for deep winter,” she shared.  “The weather now would be our winter, so I’m not used to getting cold.” Her solution, as well, is “layering up a lot! Socks, winter coat, everything.”

Sharing in Larson’s struggles is freshman Angelina Vincent from southern Texas. On the topic of getting winter coats and boots, she said, “I haven’t yet, and I don’t plan on getting anything before I go back home [over Thanksgiving]. So I plan to just not go back outside when the sun is down, and then get some coats and winter stuff back home.”

Freshman Irish Smith from Ohio is surprisingly not scared at all for the upcoming season. Despite the strong winds of the past few weeks, Smith shared that “Honestly, it’s the same weather I get in Ohio so there’s no adaptation.”

As a whole, to prepare for this upcoming season, remember that coverage and layering are the best solutions to wind and snowfall. Scarves, gloves and earmuffs of any kind will protect your body from strong gusts of wind. New York City comes with the promise of below-freezing temperatures, so make sure you equip yourself for this upcoming season!