BLM: Put your money where your mouth is

A conversation with Black business owner Jon Butts on BLM, documenting a movement and unprecedented support during unprecedented times 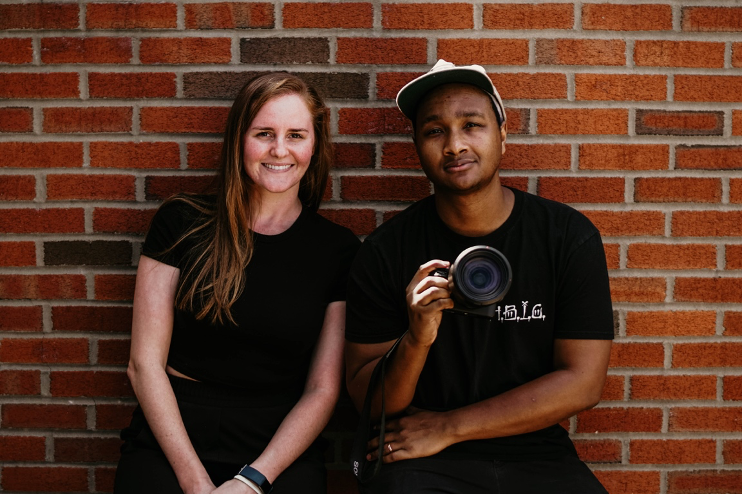 This year has seen many historical moments; from the coronavirus pandemic that has swept across the globe, to the racial injustices making frequent headlines in the news. The Black Lives Matter movement has gained considerable momentum in the United States after George Floyd, a 46-year-old Black man, was killed by Minneapolis police during an arrest on May 25, 2020. The footage released by bystanders and security cameras in the vicinity resulted in a nationwide uproar calling for reform. Victims of racial injustice and police brutality have dominated media platforms all in effort for reform. Since then, other communities have stepped up to support the Black community during their time of need.

Over the past four months, Black-owned businesses in Queens have seen unprecedented support. One such business, JBIH Photography in nearby Astoria, has experienced a heartwarming amount of support from the local community, according to owner Jon Butts.

“It really has been great, shout-out to the neighborhood blogs for taking the time to mention us,” Butts said. “A lot of people have approached us because of it.”

JBIH Photography is a New York City based business. Owners Stephanie and Jon Butts focus on portrait work, as featured on their Instagram. Their portraits have ranged from maternity, engagement, weddings, family, modeling and headshots. Sessions can be booked through their Instagram.

Butts started JBIH Photography in 2017 with his wife, Stephanie Butts, whom he calls his “accountability champion.” It began simply as a hobby; an Instagram page with pictures he noted as “post-worthy.” After receiving compliments and encouragement, she urged him to bite the bullet, and in December of 2016, they bought their first high-grade camera and started doing test shots for people. He credits their acting backgrounds for helping them network their new business better.

He stressed the importance of being a Black business owner in Astoria, especially in a neighborhood where the “old-school” conservative views have been mixed with the new, gentrified, liberal ones.

“I do believe that it may have been more difficult to gain traction for my business based on the color of my skin,” Butts said. “It really has a lot to do with how people prioritize their business and who they reach out to. It’s interesting to say the least considering that I do not look like my environment.” He goes on to say, “I try my best to be as nice as possible and let people feel like they can trust me, although I do not necessarily have to be respectable to be respected.”

While Butts acknowledges that this is a macro-United States issue, he points out he has experienced microaggressions within his own Astoria community. “You know when people are sizing you up — it’s there.”

However, Butts says he remains optimistic and has high hopes for the future of this country. He takes his role of being an extension of the Black community with stride and believes that he is in a fortunate enough position to do his own part in giving back — he and Stephanie did over a month of free shoots for Black artists and actors. “I’ll be damned if my privileged self is not trying to do right by what has come before me,” he said.

Butts emphasizes that the Black Lives Matter movement goes far beyond simply being a movement; he calls it an “existential crisis.” To him, the movement means recognizing that he’s human, an individual with the same liberties as everyone else in this country.

Jon and Stephanie Butts are grateful for the support they have received from the Astoria community as a result of the movement. They have been listed as a Black owned business to “support and amplify” on neighborhood blogs, such as “We Heart Astoria.” They feel as though they have become slightly known because of it. “It’s a hustle,” he says.

As for what people can do to show their support, Butts says the best thing to do is listen.

“Take this as an opportunity to be quiet — listen, learn, read; whether it’s a podcast or a book. Volunteer in a predominantly Black neighborhood.”

He also says to check in on your Black friends and be more communicative; that it is the small things that matter.

“I’m one person. I am simply a representation of myself, my parents, and to an extent, my extended family,” he said. “I urge you to go out and find your own perspectives.”

Butts offers a fresh perspective that may be hard to come by on a regular basis. He provides ways to get involved and give back to the Black community. The takeaway is to have real conversations with people; address the elephant in the room. Support your local businesses, listen to podcasts, read books, become more enlightened on a topic that will be in the textbooks of future generations.

Check out the list of resources above to further support Black businesses in the Queens community, as recommended by Jon Butts.