Partying during COVID-19: What can be done? 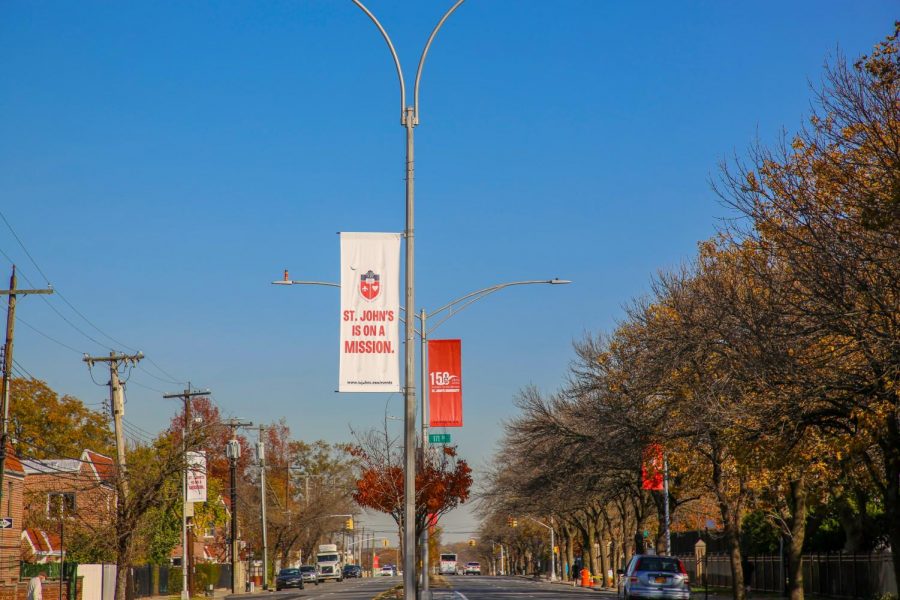 Last month, the State University of New York at Oneonta was forced to shut its doors after less than a week of classes. More than 600 students tested positive for COVID-19 at the university in upstate New York, which only has a campus student population of around 6,000.

What does the New York Times say is the reason for the sudden cases making up nearly 10% of the student population in Oneonta? Simple: college partying.

Partying has always been a secret joy of college life. Students gather in small, sweaty buildings, where social distancing is nearly impossible. Should students choose to party now, masks are likely nowhere in sight. Even in a state where the infection rate has significantly dropped to around one percent in recent weeks, college students choosing to party during a pandemic can ruin the semester for the rest of the campus community. If St. John’s reports 100 cases or more during a 14-day period, the University will close for a two week period.

Caitlin Burke, a senior at St. John’s, though unsurprised by the notion of partying, is extremely frustrated by the selfishness of partiers.

“I lost my uncle over the summer due to [COVID-19] and my family has always been really careful so I’m angry seeing people be so selfish and risking exposure just because they want to party,” Burke said.

Sophomore Kayla Fittipaldi, who says she knows people at St. John’s and other universities who have been partying, also isn’t surprised about the actions of others.

“I definitely don’t like it and I think it’s extremely irresponsible but I feel like there’s always going to be selfish people who don’t care about others,” Fittipaldi said.

“Student gatherings are prohibited in the residence halls,”  the Office of Student Affairs said in an email to the Torch.

“Violators of this expectation are referred to the office of student conduct.  Sanctions can include a variety of outcomes that can result in a student receiving housing probation or even cancellation of their housing contract, depending on the nature of the violation,“  the Office of Student Affairs said.

However, there have been instances of students violating guest procedures and entering into suites that are not their own, despite new procedures put in place to prevent the spread of COVID-19 on campus.

“Those issues have been referred to student conduct for further action.,” the Office of Student Affairs said of these instances. If a guest violation comes to the attention of a student they can contact Public Safety to file an incident report.”

No details were provided about the violations, including the number of incidents or how they were specifically dealt with.

“They’re putting other people’s health in jeopardy. Not only that, but it was a huge financial risk for a lot of students to stay on campus,” Shortell said.

A number of colleges are realizing there is not much they can do to monitor students’ off-campus activities regarding social distancing and partying. The burden falls upon students, placing them in a tough position – do they report fellow students?

Students at other universities are facing similar questions. At Cornell University, a college party was captured via Snapchat, with the caption, “The people who slide up saying ‘you’re not social distancing’ are the ones that wouldn’t have been invited anyway,” according to The New York Times.

The swift student response was overwhelmingly harsh. Through an online petition, which garnered over 3,500 signatures, fellow students demanded that the student’s admission be revoked. The student apologized for her actions; but neither the student or Cornell commented on whether disciplinary action was taken against her.

Burke said if she knew anyone who was partying on or off-campus, she would report them. “I think students should be punished because they’re potentially putting other people at risk. I’m not sure what the best punishment should be but something should definitely be done,” she said.

Shortell agreed, recognizing that other universities have expelled students for partying, such as Northeastern University, and while such punishments are extreme, “we need to take this seriously.”

“Protecting yourself and others is crucial during this time. I would not be in the wrong for snitching. An impactful punishment needs to be in place to dissuade people from partying,” Shortell said.

Sush extreme punishment could have negative side effects, however.

“I wonder if a punishment that extreme would prevent people from snitching even if they highly disagree with party people,” Shortell said. “The University could be like ‘Hey if you party, you could risk a scholarship, privileges or expulsion.’ So people know a lot is at stake, but ease people who are afraid to snitch.”

Fittipaldi feels that there needs to be a punishment, but acknowledges there are limitations to actions the University can take.

“Off-campus activities [are] more for NYPD to handle because it can be very hard to definitely prove,” she said.

“Public Safety has responded and informed those involved of the guidance issued by New York City and New York State.  The complaint and response by public safety is documented and referred to the Office of Student Conduct,” she said.

However,  Public Safety has not shut down any parties, as they lack the authority to do so.

While there is no reported action with St. John’s students and the NYPD, NYU had an encounter. Last month, a party held by students in Washington Square Park, most without masks, “was eventually broken up by the NYPD, but this isn’t the first time the park has attracted large crowds violating social distancing regulations,” according to Fox 5 New York. The park is in close proximity with New York University, which suspended 20 students for violating coronavirus rules for partying in the park the week before.

Returning to school after months of isolation, students are naturally wanting to enjoy a social life. However, a compromise must be made by students to protect themselves and the rest of the campus community.

CDC protocol includes staying six-feet apart and wearing a mask because “when people with COVID-19 cough, sneeze, sing, talk, or breathe they produce respiratory droplets.” These droplets are what causes the infection when inhaled.

“Even if they don’t care about exposing themselves, they’re putting other students at risk,” Burke said. “There’s just no concern for other people’s safety.”