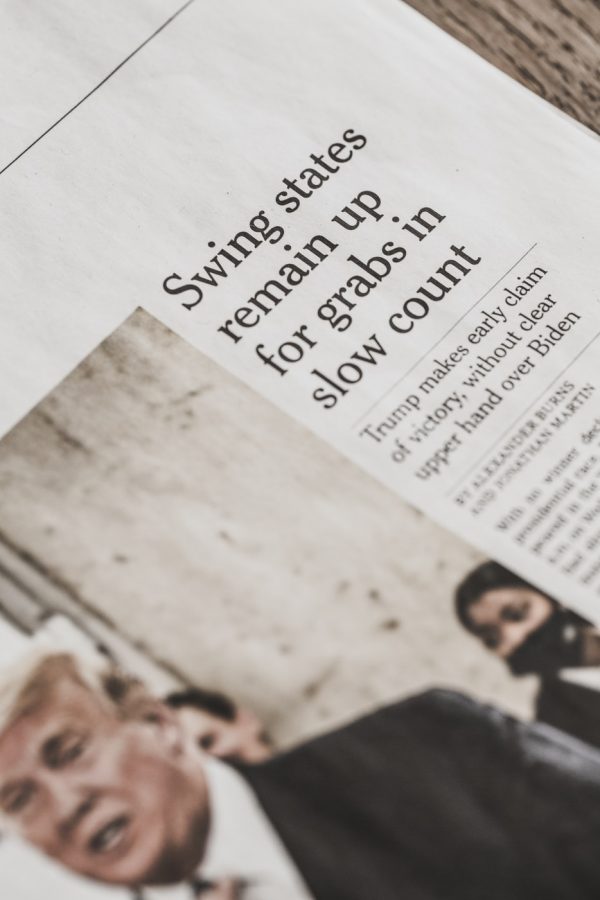 Americans anxiously awaited the results of the 2020 presidential election as decisions came down to key states of Pennsylvania, Georgia, Arizona and Nevada.

For months, Americans looked forward to the 2020 election. The disastrous coronavirus pandemic has only further polarized this country, as many debate the severity of this issue. As expected, the results of the election were not ready to be determined on Nov. 3. Instead, Americans anxiously awaited results night after night, as former Vice President Joe Biden and President Donald Trump fought neck and neck to win the electoral votes of each state. Because of the heated and drawn-out nature of the race, specialists initially expected the counting of the votes to carry on into the week following election day.

Former Biden and Senator Kamala Harris were announced the projected winners of the 2020 election on Nov. 7. After a massive number of mail-in ballots were counted in Pennsylvania, the Democratic duo gained a majority in the commonwealth, giving them the 20 electorate votes they needed to secure the win.

However, Trump has no plan on conceding any time soon and is filing several lawsuits in regards to alleged voter fraud in several states. Additionally, after learning that mail-in ballots received by these states largely favored Biden, Trump demanded that the voting count be stopped. As the election approaches its official end, members of the St. John’s community reflect on the stressful event.

“Michigan surprised me,” Gabriela Covaria, a freshman public administration and public policy major said, as all eyes were on swing states; they proved to be key to electing the next President of the United States. Michigan, the initially “red” state, turned “blue” a couple of hours after the election started, allowing Biden to take a major lead in the race.

“I knew Trump was going to get a certain representation by some states, although I did not think it was gonna be this large,” Coviara said.

“I think Trump’s lawsuits are completely unconstitutional and an irreverence for our country’s democracy that so many people fought to achieve,” Kihana Schicatano, a first-year journalism major, said. Judges across the country have dismissed some of Trump’s lawsuits because there has been no concrete evidence to back his claims about voter fraud.

No matter who the projected winner would be, many people were fearful of post-election violence.

“There will be post-election riots and violence no matter who wins,” Daniela Yarahuan, a freshman government and politics major, said. “[Trump] has enabled and given a platform to right-wing extremist groups, and if he loses, it could get really ugly.”

Yarahuan explained that she believes a peaceful transition of power is not likely and that right-wing extremist groups will riot to defend the platform Trump has given them. On the other hand, many of those hopeful for a Biden win will fight to preserve their basic rights, which the Trump administration has threatened over the last four years.

Americans remained anxious yet hopeful as the election spanned over the course of  several days. No matter the political stance, the one belief that seems to be the common thread in the nation is the need to come together for the currently polarized country.

We must do better for future generations.

“I pledge to be a President who seeks not to divide, but to unify,” Biden said, in his first speech addressing the nation as president-elect. “We don’t see Red and Blue states, but a United States.”