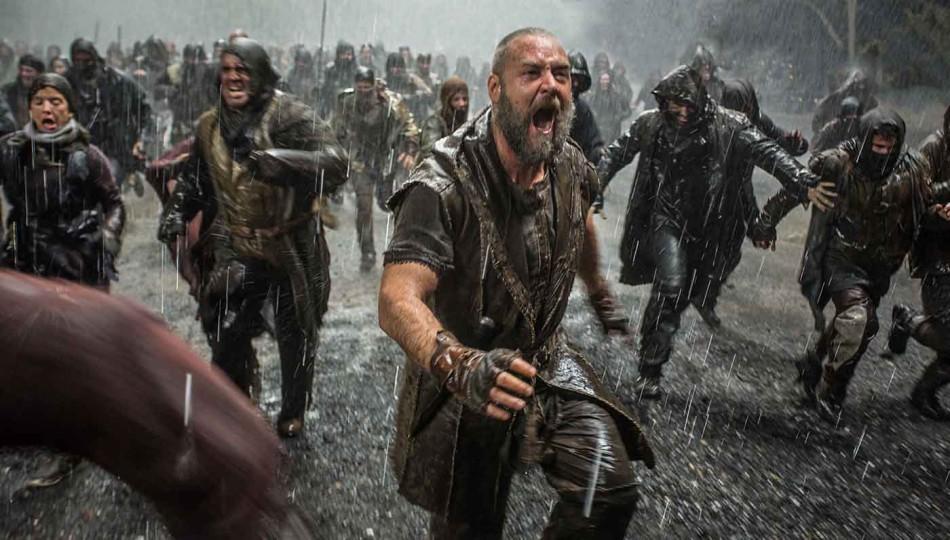 “Noah” floods its audiences with a thought-provoking and eye-catching adaptation of the biblical epic. Darren Aronofsky, who also directed “Black Swan,” maintains his mystifying and gritty reputation.

Aronofsky’s sci-fi-esque interpretation aims not to tell the religious tale, but the story itself. By focusing not only on the Bible’s text, but also other common theories, he gives viewers a more realistic, modern and spiritually equal perspective.

The self-professed atheist director does not blame God’s anger toward humanity on disregarding the Ten Commandments.

He disconnects the legend from biblical sins to focus on environmental destruction as man’s ultimate wrongdoing. Aronofsky’s touch of environmental activism creates for a stronger modern-day connection with the fable.

Russell Crowe brings the story to life with his powerful embodiment of Noah. He becomes a man obsessed with his spiritual beliefs, putting God’s needs before his family’s.

Opposite him, Ray Winstone portrays the power-hungry Tubal Cain, who believes man masters all other life. Aronofsky does not honor Noah as a hero, nor does he damn him as a villain; he places him equal to Tubal Cain. He uses the two to epitomize the potential humans have to abuse their capacity for knowledge.

She understands the importance of believing in a higher power, but also the need for connecting with humans and nature.

Demanding the audience’s attention, Aronofsky throws cinematic treasures and special effects into the film. His use of simplistic silhouettes personifies the compelling relationship between good and evil or nature and man.

The elaborate CGI animation has been criticized by many for taking away from the biblical message, but as previously stated, that’s not what Aronofsky’s “Noah” illustrates; the graphics make the film even more cinematically realistic and daring.

“Noah” does not idolize one spiritual theory over another; it portrays each with respect. Aronofsky’s ambitious film can be understood as a satirical comprehension of humanity.

It draws on audiences from all backgrounds to understand that, despite our individual beliefs, we are all human. He forces viewers to question not the story of Noah, but what made Noah a man, and in turn, what it means to be human.

Compelling and powerful, the film reflects on humankind’s issues throughout thousands of years. Killing one another, abusing nature and taking life for granted are some of the issues “Noah” addresses.

The dramatic consequences of those faults became a truth which shaped the movie into a dare for its audiences. They are faced with the choice to keep abusing their human capabilities or to make a change in the mark they leave on the world.

Also starring in the film are Anthony Hopkins, Jennifer Connelly, Logan Lerman and Douglas Booth. Be sure to catch Darren Aronofsky’s “Noah” while it’s still in theaters. (PG-13; 2 hr 19 min)