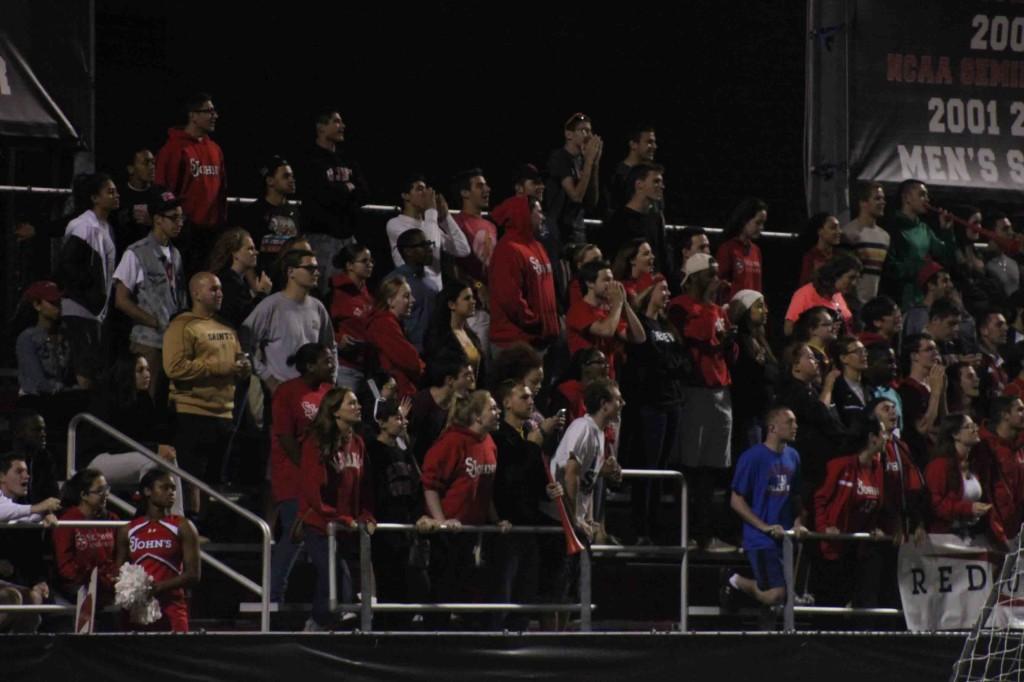 1,533 fans packed Belson Stadium Friday night when the men’s soccer team defeated then No. 5/9 Akron 2-1 in double overtime. 985 flocked to Belson two nights later when the Red Storm shut out Penn State 1-0.
Both were above last season’s average home attendance of 870.

The Akron match marked the Johnnies’ first home game since resident students moved back onto campus.

“We really love when the crowd is behind us and the student body is behind us, and we really had that push Friday night against Akron,” junior defender Tim Parker said after the Penn State game.

Regardless of the support the Red Storm received on a weekend that saw the team climb to No. 12 in the national rankings, the team is hoping the fans streaming into Belson stay firm.

“We were thrilled to see our student body and it makes the university tick and creates a collegiate environment, and our team loves St. John’s,” St. John’s head coach Dave Masur said.

Past seasons have proved that attendance declines as the Red Storm enter into the heart of its schedule. Besides two 1,000-plus crowds in the latter part of last year, there were four games with less than 800 fans in the stands – including a 703-fan showing at the team’s first round NCAA Tournament game.

However, a double OT win over a top-five team has the ability to act as a catalyst in ensuring sustained fan support.

The fans are awesome,” senior forward Jimmy Mulligan said after the Akron game. “They spark us. They gave us a lot of lift this whole game and were cheering the whole time. To have them is great.”
The Red Storm will be counting on receiving the same amount of support as the team delves deeper into its schedule.
“It’s good to have them behind us and have them here,” Parker said.