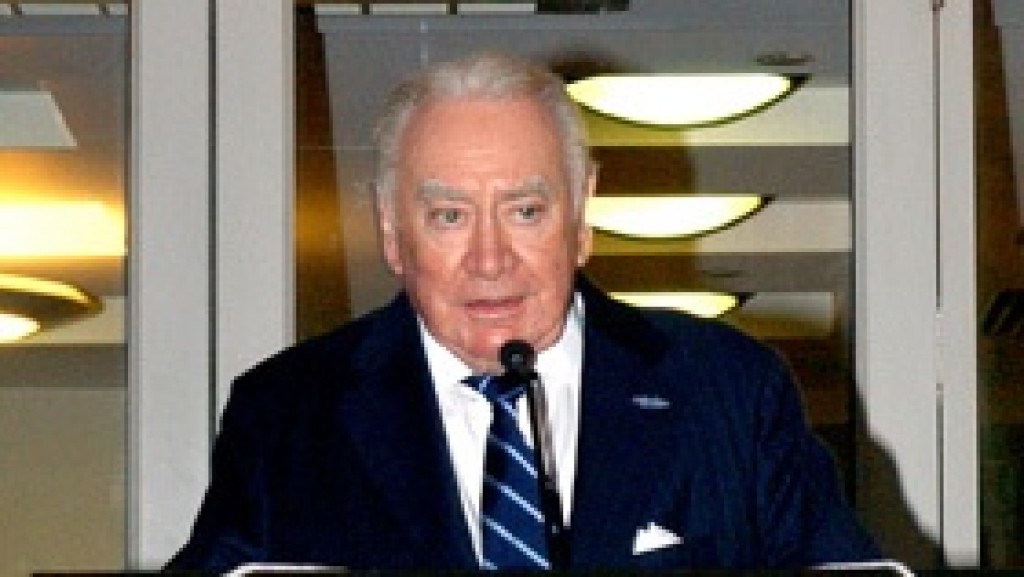 Hugh L. Carey, a former New York Governor and alumnus of the University, died August 7. He was 92.

Carey graduated with a Bachelor of Arts from St. John’s College in 1942. He then graduated from St. John’s Law in 1951. In 2004, The Hugh and Helen Carey Residence hall was dedicated to Carey and his late wife, according to a release from the University.

“Governor Carey was a brilliant and committed public servant and elder statesman,” he said in a statement. “From the time of his entrance into St. John’s as a freshman until the day of his death, he was an involved and beloved student, alumnus, benefactor and an active participant in our University life. No university could be more proud of one of its own. The thoughts and prayers of the entire St. John’s community are with the Carey family.”

Carey was the 51st governor of New York, holding office from 1975 until 1982. During that time, the Democrat most notably worked to help save New York City from economic collapse by taking control of many of the City’s finances and organizing nearly $1 billion in state loans to the city as well as $200 million in city taxes, which caused President Gerald Ford to announce he’d “veto any bill that has as its purpose a federal bailout of New York City.”

Ford’s comments were famously critiqued on the next day’s cover of the New York Post, with the headline: “Ford to City: Drop Dead.”