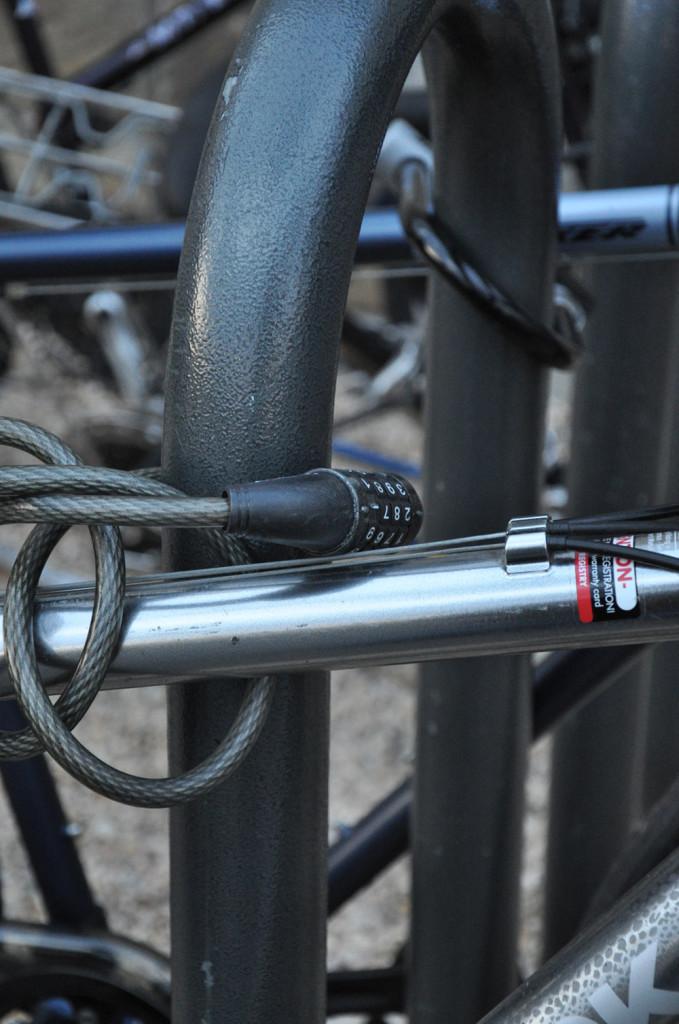 Bike theft has become a recent issue as public safety received eight on-campus stolen bike reports this semester, indicating safety flaws and bad locking habits, while reflecting a growth in bike activity on campus. In reaction to the thefts, Thomas Lawrence, vice president of Public Safety has stepped up surveillance of the campus through patrols in cooperation with plain clothes NYPD officers from nearby Precinct 107.

According to Lawrence, officers are keeping an eye out for a man, who they believe is not a student, that appeared creeping near bike racks in blurry photos taken by security cameras.

Lawrence said bike thefts occasionally occur, but this many is unusual.

One factor could be the increase in students riding bikes to campus, according to Jackie Lochrie, associate dean for Student Services.

Lawrence pointed out that most students use locks that can be easily cut, such as flexible cable locks.

Peter Frouws, an owner of at Bellitte Bicycle, which has been opened since 1918, says the best type of lock is a heavy chain link with a small reinforced U-lock.

However, Frouws said even these locks are vulnerable to damage. “Even the heavy duty $120 chain locks can be cut with a diamond cutter,” he said. Frouws suggested the best way to protect a bike is through surveillance.
Although cameras overlook the bike racks, Lawrence said many students ignore them and tie their bikes to just about anything that is affixed to the ground, such as lampposts or fences.

“The bikes have been parked in areas that don’t fall under a camera,” Lawrence said. “Obviously, we’re not a casino. The whole campus isn’t covered by cameras.”

Lochrie said that by parking their bikes away from the racks, students were going aganist the campus policy on bicycles.

“Students are only permitted to latch their bikes on bike racks,” Lochrie said. She added that biking to campus is encouraged.

Lochrie also said she’s noticed students riding their bikes on parts of campus that are reserved only for walking.

“Bikers are not permitted to ride on the sidewalk areas on the Great Lawn level due to heavy pedestrian traffic.” This is the reason why racks are generally near buildings on the lower level of campus and near the dorms, she said.

But some students complain that even some of the bike racks don’t provide adequate supervision.

Last semester, freshman Aleksandra Wachowicz had her bike stolen from the racks outside of Taffner Field House.

Wachowicz, a member of the volleyball team, said she locked her bike one morning and after a full day of classes, volleyball practice and a men’s basketball game, she returned to find that her bike was missing.

When she told Public Safety the next day, officers showed her a tape from the camera outside of Taffner, which showed a man standing near her bike before it was stolen, but the lens is angled in such a way that it didn’t record what happened when her bike vanished.

“I don’t think Public Safety did much,” Wachowicz said. “They just said they’re still working on it and I didn’t hear from them.” She believes there needs to be more cameras.

St. John’s already warned students through emails and sent bike locking tips two months ago in response to the increase in stolen bikes.

In addition, the department hosted two NYPD bike etching events, where officers put unique serial numbers on bikes so owners can be identified in the case of theft.

Lawrence also said that Public Safety is planning to introduce a program to sell heavy duty locks at a discounted rate for students.

Through these methods, Lawrence said he is certain they can make the campus safer for riders, but is still asking for students’ help.

“If you see someone who looks suspicious that’s hanging around the bike racks, call us,” Lawrence said. “We need the eyes and the ears of our students too, as you can see it’s a big campus.”