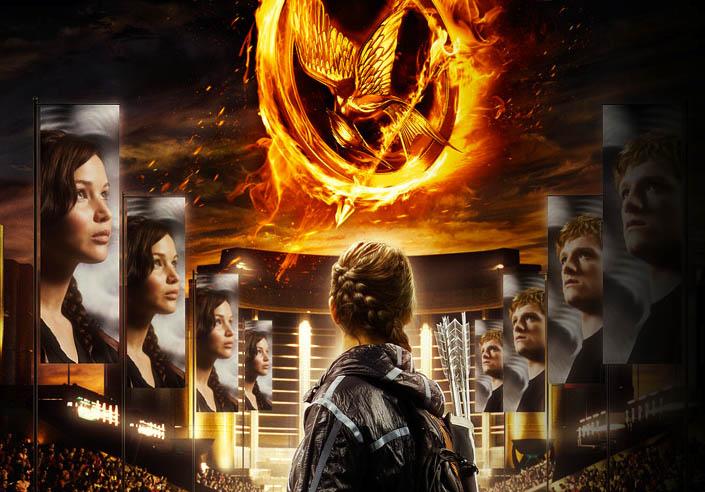 There was no rain during the Monday showing of The Hunger Games on the Great Lawn, but students still experienced a shower.

According to operations staff more than 250 students attended the screening, however a majority of the crowd dismissed once the Great Lawn sprinklers turned on, interrupting the quiet mood that students were enjoying during the movie and sending dozens into a frenzy.

“Everything was chill and calming until the sprinklers began cycling,” sophomore Julian Reefer said. “I like The Hunger Games but not enough to get rained on for it.”

Reefer said he was disappointed that the University didn’t foresee this happening when scheduling the event.

“I feel like this could’ve been avoided if someone from the operation contacted the university facilities department and told them to not turn on the sprinklers for one night,” he said.

William Bernor, director of grounds, however said that he was aware that the movie had been planned on the Great Lawn, and had intentionally shut off the time-cycle operated sprinklers through a kill switch the day before the showing.

Bernor said that someone who did not know that the Great Lawn would be hosting an event must have come back and turned the sprinklers back on to their regular cycle.

The event was hosted by the department of student engagement as one of the events during the University spirit week sponsored by RedZone.

Showing movies on the Great Lawn is an annual event, but it has been cancelled in recent years due to bad weather.

Alysha Velez, graduate assistant of student engagement, discussed that the motivation for hosting the event was to bring students together within the first month of the semester and give students a sense of school spirit.

“I just wanted to change things up,” she said. “It’s supposed to get the St. Johns spirit up and get kids to stay on campus,” she said.

Velez added that the student body was excited when the movie title was released via Twitter.

“We got a lot of good feedback from the students of St. John’s when we tweeted The Hunger Games were going to be playing,” she said.

Nate Lewis, operations administer, said how playing The Hunger Games gave an opportunity for new students and incoming freshman to have something to do on campus.

“I felt it was a good event given it was a holiday weekend. It gave people who may not be from New York something to do on a Monday night,” he said.

Sophomore Mike DeBenedetto said that he felt the movie was a great event and was successful bringing together students of all years in one location.

“It was a great thing to see a lot of people come out on campus to watch a great movie on campus,” he said.

“It was a great experience with community bonding, everyone seemed excited to be there and we should definitely do it again.”