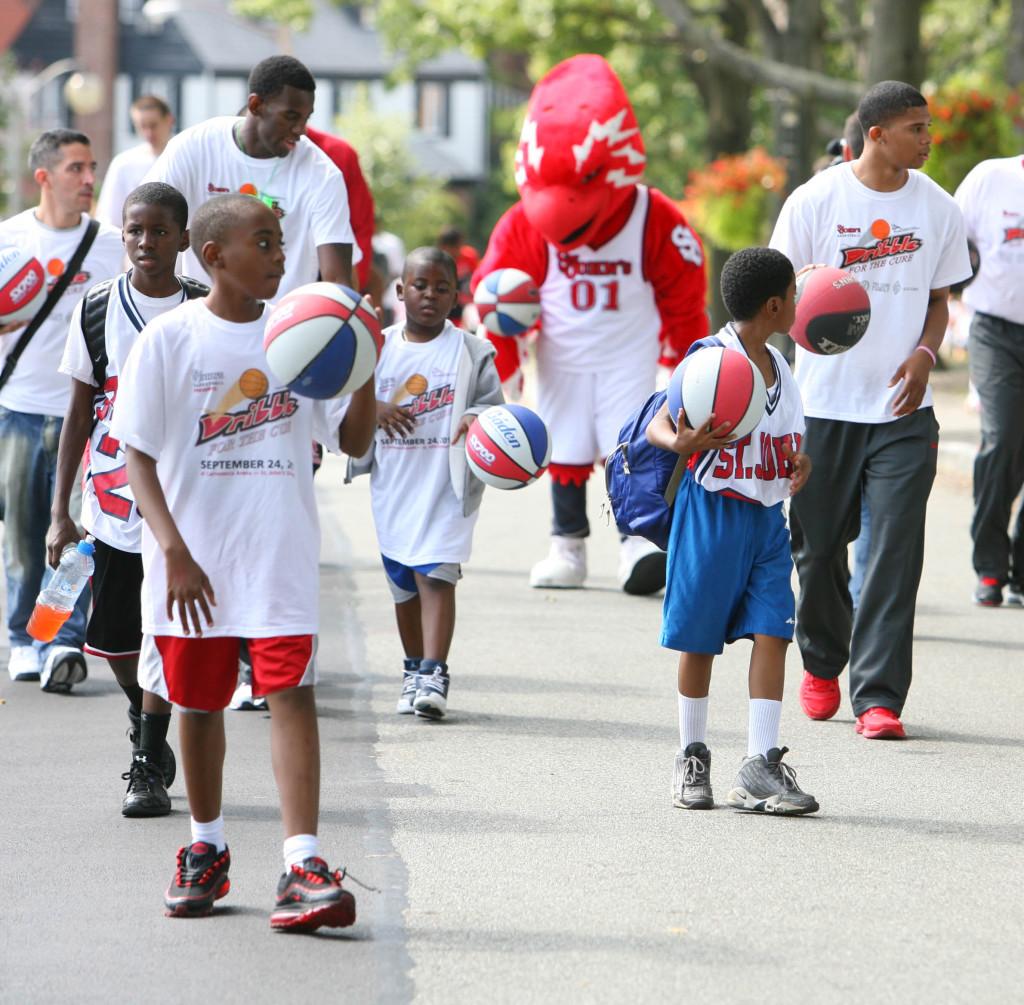 The University basketball teams, in collaboration with the Pediatric Cancer Research Foundation, raised  close to $25,000 to fund cancer research at the second annual Dribble for the Cure held Saturday.

Participants in the event signed up on the official website and went around asking for donations to the cause. On the day of the event, participants went through a course on campus, beginning and ending at Carnesecca Arena, while dribbling a basketball.

Mark Fratto,  senior associate athletics director for communications, announced during the opening ceremony that about $25,000, which is about $4,000 more than last year, had already been raised.

“Last year was our first year so the exposure wasn’t as great as it is this year obviously,” said John Valley, former NBA player who is the modern day founder of Dribble for the Cure.

“It’s grown into our second year, we have a bigger turnout this year and hopefully we will get even more sponsors in the future.”

According to Valley, the concept for Dribble for the Cure was first brought up by how Hall of Fame coach Al McGuire, but the event lay dormant for many years. Tim Floyd, head coach at USC, shared the concept with Valley who then decided to develop the practice at UCLA.

Last year Valley approached Lavin with hopes to expand the practice throughout the nation.

Lavin, who spent last season sidelined due to treatment of prostate cancer, said while basketball is a passion of his, there are still issues in need of greater attention such as cancer research and how he is grateful to support the cause.

“This is an opportunity for our players to serve and to realize there are things more important than basketball,” he said.

Senior Kelvin Sage, a participant in the event, said he was glad to contribute to cancer research and enjoyed the athletic side of the fundraiser.

“I think it’s for a great cause in terms of raising money for cancer and raising awareness as well and also to meet the St. Johns men and women basketball team,” he said. “I’m just proud to say I was here and be able to contribute towards raising awareness for cancer.”

Valley continued to say how it is possible to further extend the Dribble for the Cure cause throughout the nation.

“Putting Dribble for the Cure together now is something that we have a true understanding of that can be delivered to other campuses,” he said.

“My goal would be to grow it to more colleges and to be able to involve major universities around the country.”