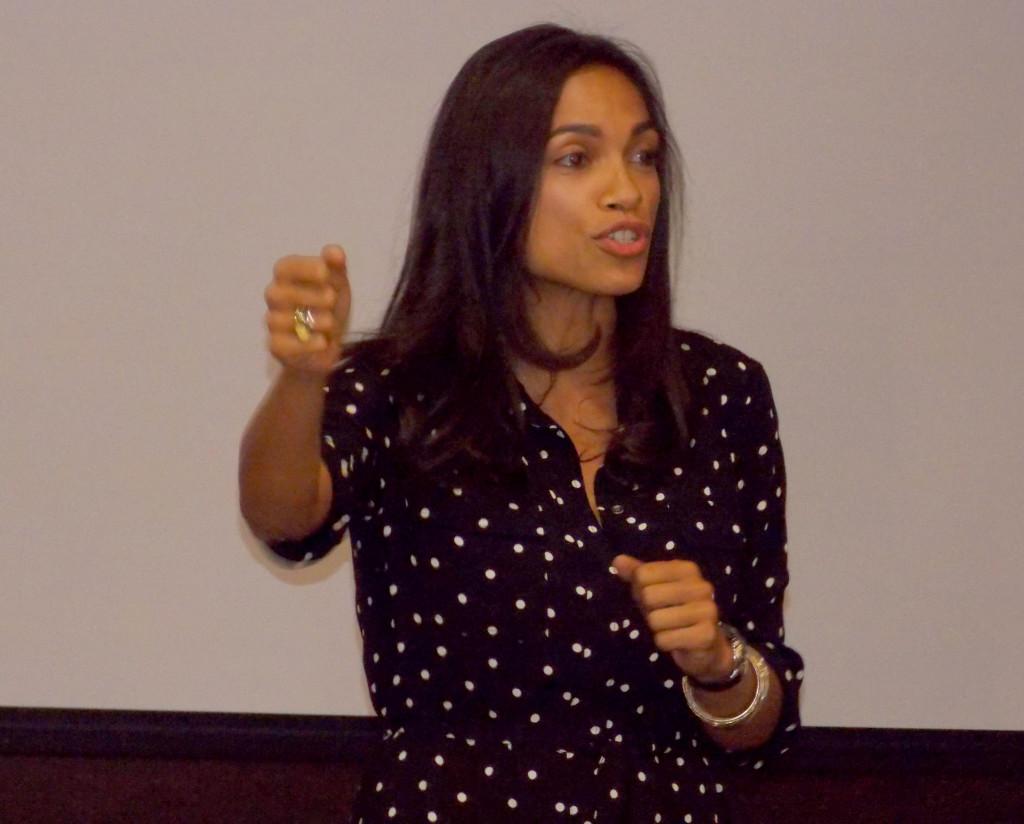 Actress Rosario Dawson spoke to students yesterday at the University on behalf of National Voter Registration Day, hosted by African & Latino Fraternal/Sororal Alliance, and strongly encouraged students to register to vote in order to let their voices be heard.

Dawson spoke contrary to the widely held belief that one’s single vote doesn’t matter in a national election, and tried to encourage those present to make it to the polling booths.

“There’s a potential for all of us to do something but it does take work,” she said. “So don’t ever feel like what your contribution is, is going to be too small, you have no idea how that reflects and shows up in the greater history that we all are sharing.”

Dawson also spoke about the work ethic that one puts into their college tenure, and said that these days students have drifted to a more independent way of education, which would carry over to more passionate leaders and citizens in society.

“These days, we’re not waiting for the wisdom to just get passed down or someone to give us something,” she said.

“We’re doing it ourselves and you at this college is a representation of how hard you work, how much you care, and how big of a leader you are in your own life; you’re visionaries and we’re counting on that showing up.”

The actress, best known for her role in the movie Rent, spoke to the social themes present in her movies. She said that she wanted the movie to encourage people to raise their voices, in ways such as voting, instead of being timid and not speaking up.

“Thank you so much, especially for supporting films like Rent that has such strong social messages in them and this is our opportunity to act out on them and we have to forget the regret of our past and the things that we didn’t do or we didn’t say,” she said.

Dawson said she hopes that those who have not registered to vote yet would. Representatives from ALFSA were helping students to register in the DAC Coffeehouse. Dawson also hoped that those who were already registered would participate in the election on November 6 and continue to encourage others to register to vote.

“This is very personal and that’s why we need you to be personally involved because you’re going to feel the effect of these different laws coming through,” she said.

“We have something very special here, very very special and I hope you will honor that with me this November 6.”