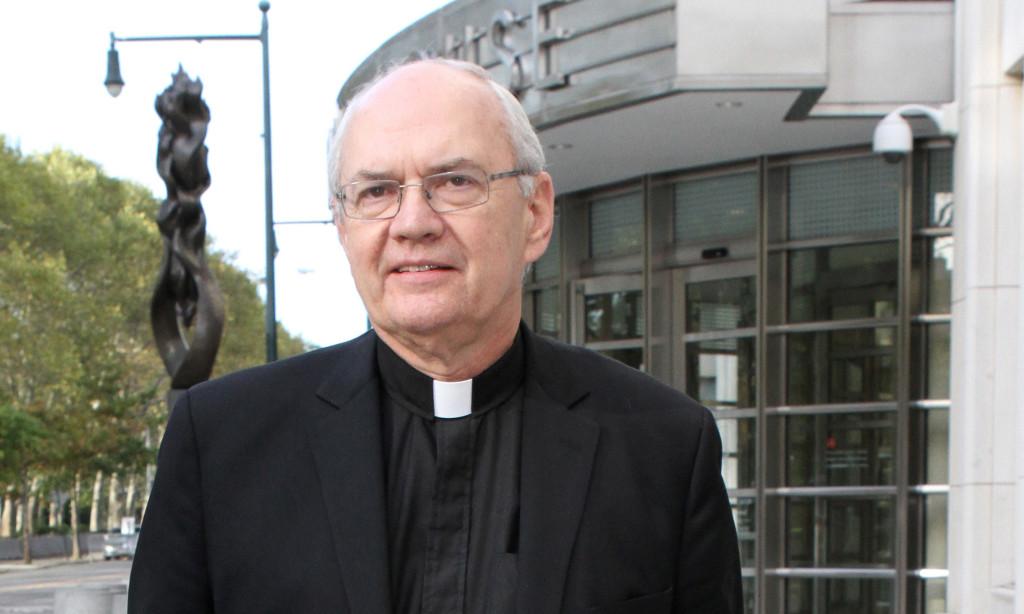 The trial of a disgraced former St. John’s dean has hit close to home.

Rev. Donald J. Harrington, C.M., President of the University, was called to the stand by the prosecution to testify about his relationship with Cecilia Chang, former Vice President of International Relations and Dean of the Asian Center, who is on trial for allegedly embezzling money from the University and forcing students on scholarships to work as her personal servants.

Harrington said that he had limited interaction with Chang — meeting with her two or three times a year — and that he confronted her three times about her handling of University finances, according to a transcript of his testimony obtained by the Torch.

Harrington testified that he went on several fundraising trips to Asia with Chang and other St. John’s staffers, in which they stayed at five-star hotels and were feted with gifts from potential donors. However, he said that he “wasn’t real comfortable, being who I am” with the perks and only accepted them based on Chang’s recommendation.

“I was just a little concerned about the level of the hotel,” he said about the style of lodging that Chang picked for their trips. “It seemed to be just — I didn’t know the cost but it just seemed to be too much the premier hotel in town.”

“She assured me that this was very important for the people who were visiting,” he added. “Because it would impact on the image of St. John’s University as a first-class university if we stayed at those places. I didn’t fight that.”

In his testimony, Harrington repeatedly said that he deferred to Chang on matters of differences in culture, especially when it came to gift-giving. Harrington and his delegation gave gifts from Tiffany & Co. to potential donors in Asia and accepted lavish gifts such as custom-tailored suits and watches worth thousands of dollars.

“She explained to me that that was very critical, that this was a great sign of respect,” he said. “If you did not do that, if you didn’t accept gifts in return, that was a sign of lack of respect.”

Harrington said that Chang’s gift giving was not uncommon, stemming from the very first time he met her when he first took over the office of president, when she gave him a gift-wrapped box filled with money.

“To me, at least, it was nothing I would expect,” he said. “It was 100 dollar bills and I just didn’t feel real comfortable with that now.”

Harrington added that when he returned the gift to Chang, she “was quite upset, got somewhat emotional, [and] appeared embarrassed.”

Harrington said he continued to decline Chang’s monetary gifts over the years until she labeled them as money to be given to the poor, which he told the court that he accepted as a priest and distributed accordingly.

Harrington further testified that Chang persisted in giving personal gifts to him, such as cases of wine at Christmastime. Harrington was also asked if he had any knowledge of Chang using student workers to alter “bank statements that she submitted to St. John’s for reimbursement?” Harrington said he was unaware of that.

The issue of doctored documents came up again in court on Monday, according to the New York Daily News. A former student of the University testified that she burned papers the day Chang’s office was searched by the school, although the student did not know if the documents were University-related, the paper said.

The trial continues today as the prosecution nears its close.

In the wake of the trial, the University has released a statement about Fr. Harrington’s role as a witness. In an email from Dominic Scianna, associate vice president of external relations, the University states the following.

“Fr. Harrington relied on Cecilia Chang, in her role as vice president for international relations, to guide him as a trusted advisor for the University when he traveled to Asia to generate support for St. John’s. Cecilia Chang betrayed that trust. Hotel accommodations were made at Ms. Chang’s direction and gifts were exchanged on Ms. Chang’s advice. In addition, Ms. Chang advised Fr.
Harrington and University officials that these expenses were being funded by University alumni, donors and friends for these specific purposes.

“Cecilia Chang has violated the trust of the University and its students by her actions, which were shocking to Fr. Harrington andthe entire St. John’s community.”