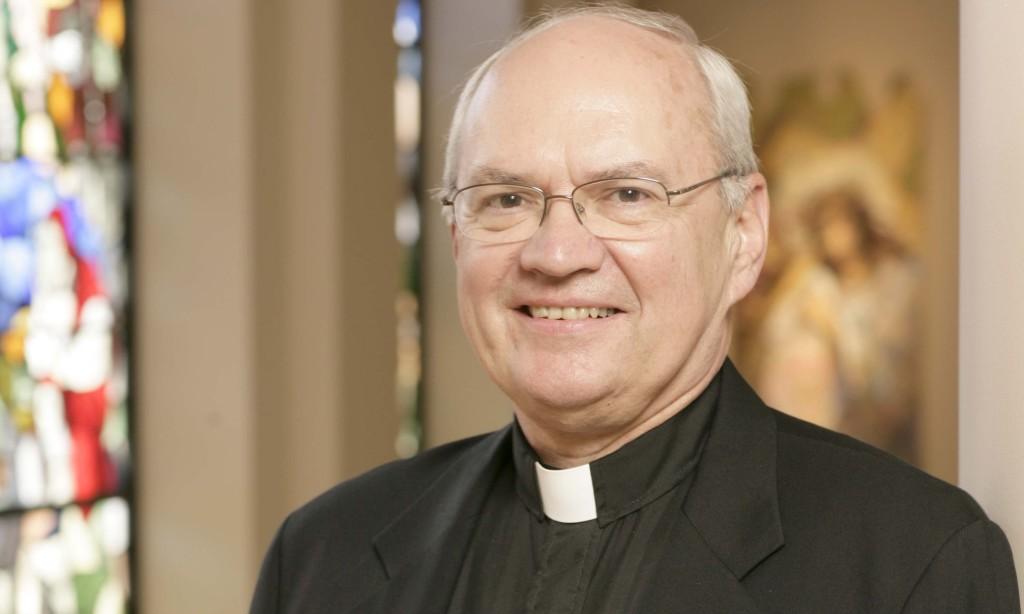 The month-long courtroom saga now behind them, the University president and general counsel decided they are ready to tell their side of the Cecilia Chang story.

In exclusive interviews with the Torch, Rev. Donald J. Harrington, C.M., President of the University, and General Counsel Joe Oliva detailed the internal investigation that eventually led to her arrest — an investigation that they say started because of an incorrect date on a forged expense report.

In addition, Harrington defended himself from what he termed “bizarre” reports in the city tabloids that said that he was the recipient of lavish gifts and hundreds of thousands of dollars from Chang, the late former Dean of Asian Students.

“I didn’t count it and that’s why I couldn’t swear to it,” added Harrington, who was a prosecution witness. “But it was $2,000. It could have been less. I’m sure it wasn’t much more if anything.”

Oliva said, contrary to published reports, that an anonymous letter written in Chinese that was sent to the University in Dec. 2009 did not spark the investigation of Chang. The General Counsel’s office had already started looking into Chang’s records after a routine audit in Oct. and Nov 2009 sparked suspicion, according to Oliva.

In addition, Oliva said, the three-to-four-page letter, written in Chinese and part of a package containing 50 pages of financial information, only detailed financial fraud, not the forced labor allegations. Those surfaced in Oliva’s internal investigation, he said.

“We started seeing documents from the office of student work schedules for students to work in the homes and reached the conclusion: we have an issue of students being mistreated,” he said. “Once we reached that conclusion we took the appropriate steps to deal with that issue. That package had nothing to do with student forced labor.“

Chang died of an apparent suicide last week while she nearing the end of a federal trial for embezzling money from the school over a six-year period from 2003 to 2009 and using students to whom she gave scholarships as her personal servants. Part of her defense was that her contributions to the University were so great that she was owed the close to $1 million that she allegedly stole throughout the years.

However, Oliva dismissed those claims as Chang trying to build a defense against the school, and noted that her professed evidence that she gave $400,000 in cash to Harrington was not admissible in court.

“She was trying to develop a defense which was the institution owed her a million dollars,” Oliva said. “She testified that she had to pay $300,000 out of her pocket to pay for this [her personal] credit card. She never used that  credit card.”

Flanked by Oliva during the half-hour interview with The Torch, Harrington, 67, explained — as he did in his testimony last month — that his reluctance to challenge Chang when it came to the gifts she and her fundraisers bestowed on him was due to his trusting nature.

“Was there any reason to doubt?” Harrington said. “The bad news about people stealing money from institutions or corporations is if they want to they can do it. The good news is if there are proper controls in place you’re going to uncover it.”

Harrington defended the much-maligned trips to Hawaii he took — on the advice of the board of trustees — saying that he considered them to be part of his work schedule. He therefore had no problem reconciling it with the “vow of poverty” he took as a Vincentian priest. “I’d have to say, I never really thought of that perception,” he said.

The trips to Asia, which were highlighted by stays at posh hotels, according to testimony, were not something that Harrington looked forward to, and he said he viewed the Hawaii trip as a recovery stop.

“I looked upon that as part of the work trip,” he said of the Hawaii stopover. “You stop, you rest up so you can be in better shape when you get back. I didn’t look upon this as ‘I’m taking a vacation.’ Priest or not, it didn’t matter a whole lot as far as I saw it. This was so I could be more effective when I came back … So I don’t think the priest thing really comes into that, most priests don’t travel to Asia.

“Would I do it again?” he asked rhetorically. “Well, I’m not going to Asia again.”