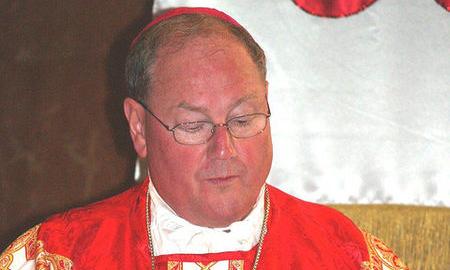 In light of the announcement of Pope Benedict XVI resigning, New Yorkers are left wondering if Cardinal Timothy Dolan is a possible contender for the Papacy.

In February of 2009, Dolan was named Archbishop of New York by Pope Benedict XVI.

The notoriously conservative Irish- American cardinal oversees the second- largest diocese in the United States, with an estimated population of 2.5 million Roman Catholics.

Dolan commented on the possible idea he may be elected Pope to the Daily News, “That would be highly improbable,” Dolan said. “I hope I’m not being naive, but I don’t think there’d be many cardinals who would think about that chance. That’s just way too out of the realm of probability.”

Dolan was ordained to the priesthood in the late 70’s and quickly moved up the ranks. He began his vocation in St. Louis Missouri where he was born, raised and attended Seminary prep school.

He is also the president of the U.S. Conference of Bishops, former auxiliary Bishop of St. Louis and former archbishop of Milwaukee.

When asked by Matt Lauer from the Today Show if he would vote for himself for Pope, Cardinal Dolan responded, “No. Crazy people cannot enter the conclave.”