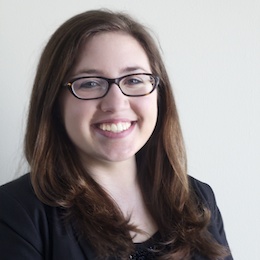 Mark Benavides, campaigning for the VP position, was the sole member from SAIL’s ticket to be voted in.

“This is surreal, I can’t believe it,” Sheenan, the current SGI secretary, said following the announcement of the results. “I probably won’t believe it until tomorrow.”

“I’m excited to work with Mark, I’ve known him since freshman year so I think we’ll see really great things from student government next year.”

Those elected will take their respective decisions on May 16.

“I’m just so excited that so much of my ticket won,” Sheehan said.

“They worked so hard and they’re so innovative and dedicated group of individuals so I’m really excited because I think were going to do great, great things next year.”

FUEL’s campaign vowed that their extended experience in SGI would benefit the student body by “taking a step forward without any back” and would help make the most out of the “St. John’s experience” for students by implementing ideas such a charger-rental program and an increased alumni relationship.

As for SAIL, its lone victory in yesterday’s election sits with Mark Benavides, the organizations committee chair and the new vice president of SGI.

“The vice president position is one of the greatest mediums of change within SGI and that’s really what I want to bring: change, restructure, reorganize and empower the student organizations on campus,” Benevides, who edged FUEL’s VP candidate Margaret Gander 657-616, said.

Although he had some disapproving remarks of Sheenan’s tenure as secretary during the debate last Friday, yesterday, he said he considers her a “wonderful secretary” and that “we have no other plans other than working towards a common good of helping St. John’s.”

While he was disappointed that the other members from his party weren’t voted in, Benavides believes in the group that won the election that had 1,273 voters place their ballots, according to Associate Dean for Student Development James Salnave.

“I do believe the SGI board that was elected with proper guidance and proper structure we will be the most successful e-board in Student Government, Inc. history,” Benavides said.