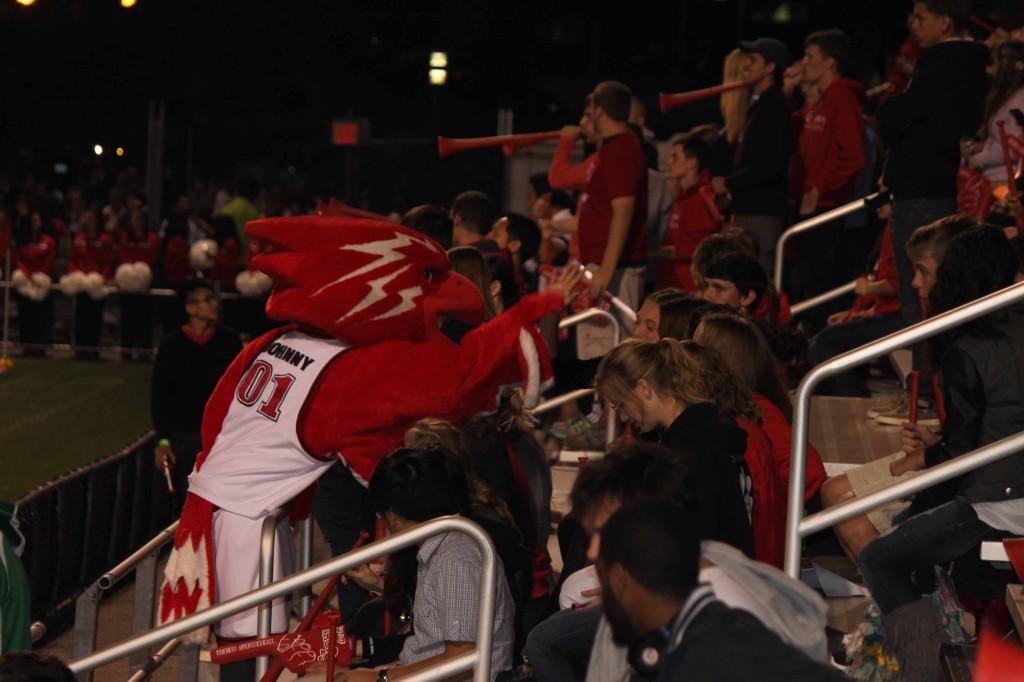 The Red Storm name and Johnny Thunderbird mascot are expected to remain a part of St. John’s after an athletics branding survey revealed the University community supports both, the Torch has learned.

The Red Storm name was preferred the most among more than 3,000 respondents from targeted audiences, according to Hallie Sammartino, vice president of marketing in an emailed statement Tuesday night.

The survey, which was conducted online over the summer, also showed that the use of Johnnies was thought of as a more informal and secondary name to the nearly 20-year-old Red Storm, Sammartino said.

“The objective of the survey was to obtain feedback and reactions to the current St. John’s University athletic brand – including the team’s name, mascot, and graphic identity, from current students and student-athletes, faculty/staff, alumni and athletics personnel,” the email said. Sammartino said that while there “may be some lack of support” for the mascot’s identity with general audience, Johnny should be retained as mascot, but with an update to reflect a new athletic brand. Sammartino attributed that lack of support among the general audience to changes over the years to the mascot’s persona.

Development of a new athletics identity – likely to include a new variation of the St. John’s logo to de-emphasize the recently discarded “STJ” acronym – is underway and is likely to be revealed next semester and implemented by Fall 2014, according to people familiar with the situation and the email.

The news that Johnny will likely remain comes on the heels of overwhelming support for the mascot from students around campus.

“As someone who came to St. John’s when Johnny hit the scene, it’s been great to grow with him and see him become someone you can really identify with this University,” said senior Redzone student spirit committee co-chair Jose Benitez.

Johnny was created as the University’s mascot in 2009 after winning a vote among the University community with 11,000 votes, according to Karli Hausman, assistant athletics director for marketing and promotions.

“There’s no point in changing the mascot so we have to re-find our identity for another three years,” Benitez said before the Torch was made aware of Johnny’s apparent security. “The students voted for Johnny Thunderbird and he’s been a staple of my time here.”

The Torch first reported on its website in June that changes could be made to the athletics brand over the next year.

Sammartino said at the time that Johnny had “resonated strong” with some people, but not as much with others, adding that a lot of people spoken to informally before the survey said they didn’t know who the mascot was.

The thought of Johnny being dumped as one of the school’s symbols provoked someone to place a poster in the front of D’Angelo Center in August reminding passers-by that the mascot had been voted in by students.

The Torch spoke with students attending the men’s soccer team’s 2-1 overtime win over Akron on Friday night. They overwhelmingly showed support for the four-year mascot.

“I think it’s great that we got to vote on him when we chose him so we take pride in our choice,” said Emily Trefry, a graduate student. “Johnny Thunderbird is unique enough that people are going to remember him.”

The definitive answers about needing a mascot change all added up to some form of “No way.”