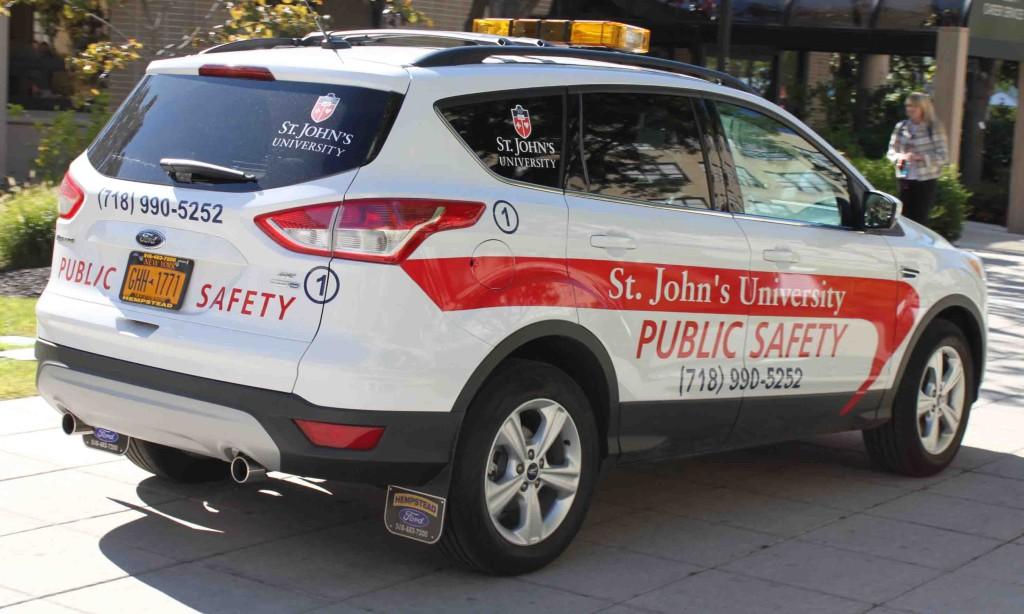 Public safety cars will look to capture the assailant who forcibly touched a female student on Friday evening.

A female University student was the victim of a forcible touching incident Friday evening, resulting in Public Safety announcing increased patrols in the area both by them and the NYPD, according to a campus-wide email from Tom Lawrence, Vice President of Public Safety, late Friday evening.

The student was walking on Homelawn Street between Aspen Place and Kingston Place – near the off-campus Henley Residence – when she was grabbed by the man described as a 230-pound Hispanic male, Lawrence said.

“The University does not tolerate this behavior and has implemented additional patrols along with the New York City Police Department in the vicinity of Homelawn St. to protect our students,” Lawrence said in the email.

After being grabbed, the female student reportedly confronted the male. The suspect said “I thought you were Melissa,” before asking if the student “wanted to hit him” and fleeing north on Homelawn, the email said.

Similar incidents have occurred in the area of Henley Road over the last year, including multiple instances of the victim being “mistaken” as a Melissa, according to previous Public Safety advisories sent to students.

Lawrence gave points of advice for walking off campus in Friday’s email reminding the University community to be cognizant of surroundings and to walk with others whenever possible.

A University shuttle is available for travel to off-campus properties. Lawrence encouraged using it to travel and to notify 911 and Public Safety as soon as possible after an incident.

Lawrence was not available for comment Tuesday before this issue went to print.