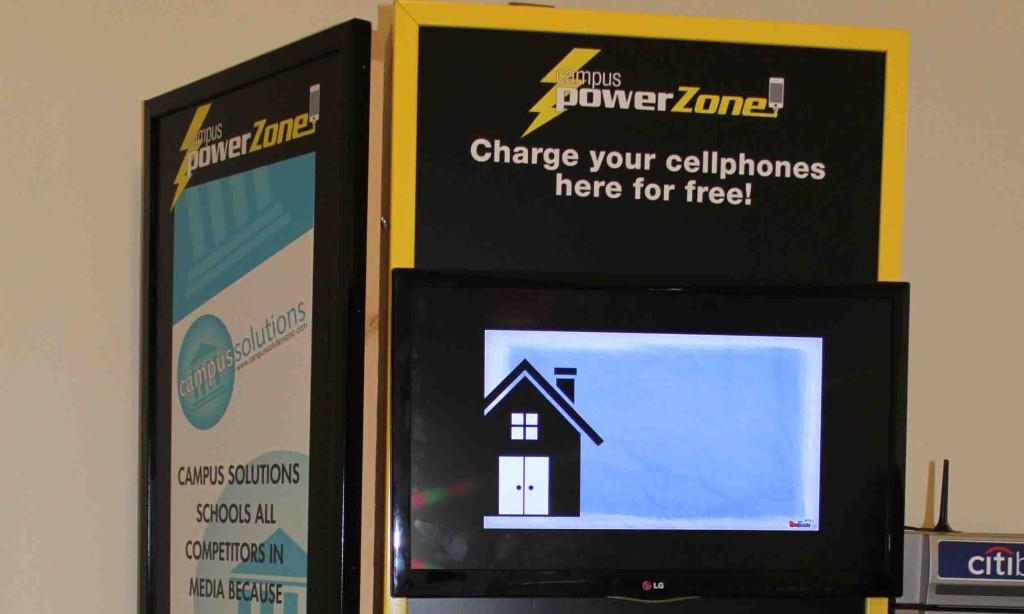 The stations are located in the first floor by the cafeteria and second floor in the living room.

“It seemed like a no-brainer that a device like this that could charge all major mobile phones and tablets would increase our student satisfaction,” Frank Jerome, student affairs technology analyst said.

Oscar Diaz, Student Government, Inc.’s secretary, voiced a similar intention behind the charging stations, saying that providing and advocating for greater access to resources for students is a way to “enhance the student experience.”

Student Affairs and S.G.I. had been looking at a few phone-charging vendors before linking up with Campus Solutions in August, according to Jerome.

Campus Solutions Inc. said it has successfully marketed a few brands at St. John’s in the past, which is why it picked the University as one of the 20 nationwide colleges for their Campus Power Zone stations.

Bryan Carbone, president of Campus Power Zone, said the two stations can power up “each of the five most popular phones in ’13 and ’12,” including the iPhone 5 and Samsung Galaxy.

Each station has digital and poster advertisements marketing college-friendly brands. The Campus Power Zone stations did not cost St. John’s anything and are paid for by the advertisers, according to Carbone.

Student Affairs placed the stations in high-trafficked areas in DAC to accommodate more students, Jerome said. They are observing its usage and if the stations continue to be successful, they will consider getting more on campus, according to Jerome.

Student Affairs also made sure the charging stations were placed in video surveillance areas to prevent theft.

“People always have to carry their chargers around,” Nathanael Louis, coordinator of Operations and Event Support Services said, “That [is] the nature of the generation –where people are constantly on their phones.”

“It’s very helpful,” freshman Melanie Morgan said. “I usually run out of battery real quick. I am here from 8 a.m. to 8 p.m.”

One criticism some students have is that the stations are situated so that you have to stand while charging your phone. Melanie said she would like to see the stations everywhere on campus and “in a more convenient area.”