Dribble for the Cure sets record 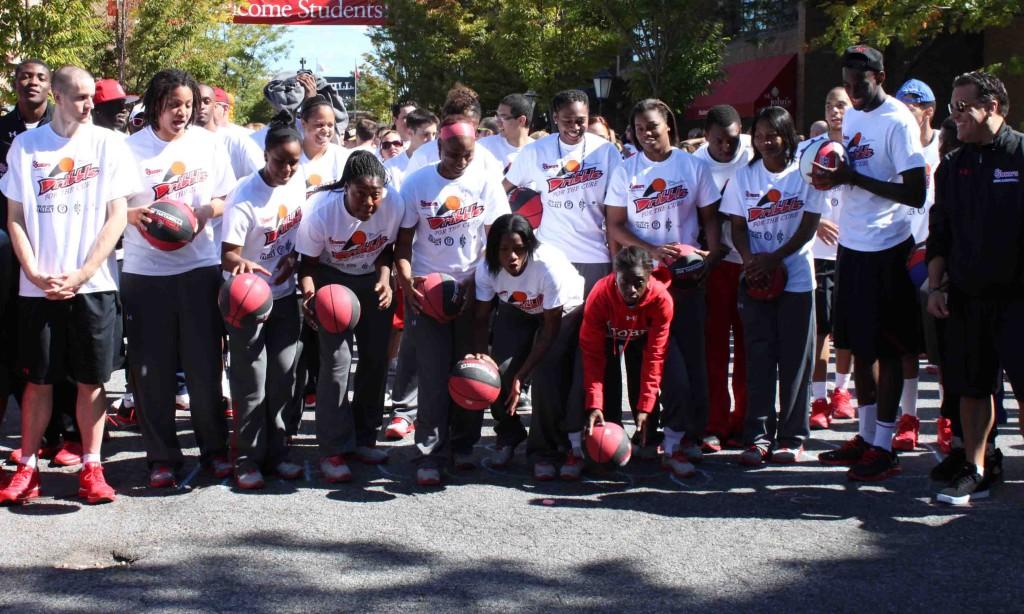 St. John's basketball teams raised over $50,000 for this year's Dribble for the Cure.

Members of the St. John’s men’s and women’s basketball teams, volunteers, students and alumni raised over $55,000 for the third annual Dribble for the Cure in support of the Pediatric Cancer Research Foundation on Saturday, according to Mark Fratto, senior associate athletic director.

In unison with the University Service Day, Dribble for the Cure topped last year’s effort by more than $30,000 and continues to give back to Dr. Mitchell S. Cairo of the Pediatric Cancer Research Foundation at Maria Faeri Children’s Hospital at New York Medical College, which focuses on improving care, quality of life and survival rate of children with cancer.

“It’s the third year and the event is growing on an annual basis,” Steve Lavin, men’s head basketball coach said. “It’s a great opportunity for players to participate and to raise awareness
for those affected by cancer.”

“Babies dying before their parents isn’t the natural order of life,” he said.

“It’s an honor to be here,” Woodson said during the opening ceremony. “I had a sister who died of cancer many years ago, so I’m a big supporter of fighting cancer and finding a cure.”

The event held the Dribble for the Cure mile walk that was counted down by Coach Carnesecca and Woodson. As everyone came back from the walk, many of the participants had smiling faces. They each received a bag that contained a booklet that helped raise awareness for the day’s cause and the sponsors against cancer.

“It was a very fun environment to spend time with the kids and help face painting,” Ridge McKnight, a sophomore member of Red Zone, said. “I wanted to do it because I love basketball and I have a lot of family and friends who were affected by cancer and I wanted to give back.”

After the mile walk, everyone headed back inside Carnesecca Arena for the closing ceremony. The main speaker at the ceremony was Dan Mitchell, who is a four-year member of PCRF.

A few years back, Dan was diagnosed with pediatric cancer but this year will mark his fifth year since he successfully finished chemotherapy.

“Beating cancer is a team effort,” Dan Mitchell told the crowd. “By dribbling today, you have contributed towards the cure to pediatric cancer. Maybe it won’t affect someone you know today, but maybe some kid 30 years from now will be alive and healthy because you dribbled today and the money you raised created their live saving effort.”