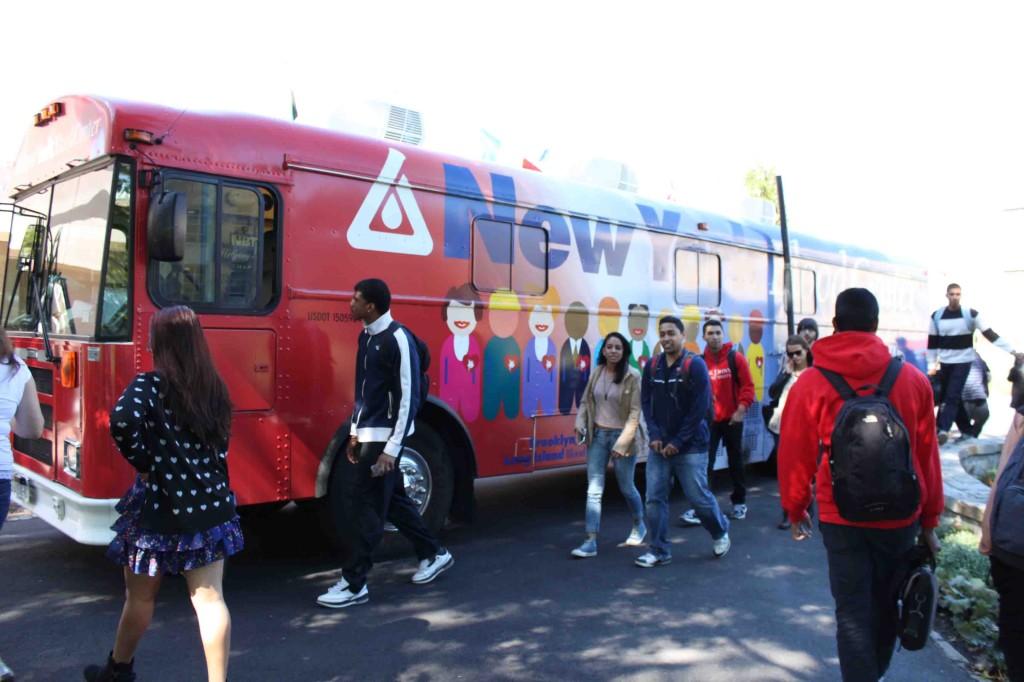 The University was recently given the Diamond Award by the New York Blood Center in recognition of its 1,319 blood donations collected throughout the 2012-13 academic year and for being the highest blood-donating university in the Metropolitan area.

The University has surpassed their blood donors list almost every year since 2005, when they only had 290 blood donators. Starting in 2006, numbers dramatically increased to 1,071 after serious efforts were made toward blood drives on campus and then again in 2008 – that time bringing the number to 1,276. Each year the University maintains staying at the top of being the highest amount of donators in the Metropolitan area, all thanks to the students.

“From fraternities and sororities to the Ad Club, it is the students who come up with new and creative ways to attract new and repeat donors,” Paul Lazauskas, associate director for community relations, said. “The main source of donations come from the students here at the University.”

The number of students who donate usually consists of half returning donators and half new donators.

Once a person donates once, they tend to donate again,” Lazauskas said. “We also definitely try and push freshmen to donate.”

About once every week, the University holds blood drives either on the bus that is usually stationed next to St. Augustine Hall or in Taffner Fieldhouse. There are about 12 drives on the Queens campus every semester, two taking place in the Law School.

The University promotes these drives by sending out email blasts on St. John’s Central, putting posters around campus and postings on the University’s official webpage. Student groups also assist with the promotion of the blood drives.

In 2008, the NY Blood Center awarded the “Heroglobin Award” to Joseph Sciame, vice president for Community Relations, for his efforts made on campus towards blood donations.

Sciame recently said, “St. John’s University’s role in the collection of blood over the span of the past number of years is most noteworthy, for it mirrors the mission of the University in terms of ‘service,’ and what better service than to provide the fight of life to others.

After Labor Day and the Jewish holidays this semester, the University held an emergency blood drive due to the limited amount of blood in the Metropolitan area. Blood donations are prone to dropping after holidays and during the summer time.

“It’s a real need, and that’s one of the bigger things I try and convey to students,” Lazauskas said.