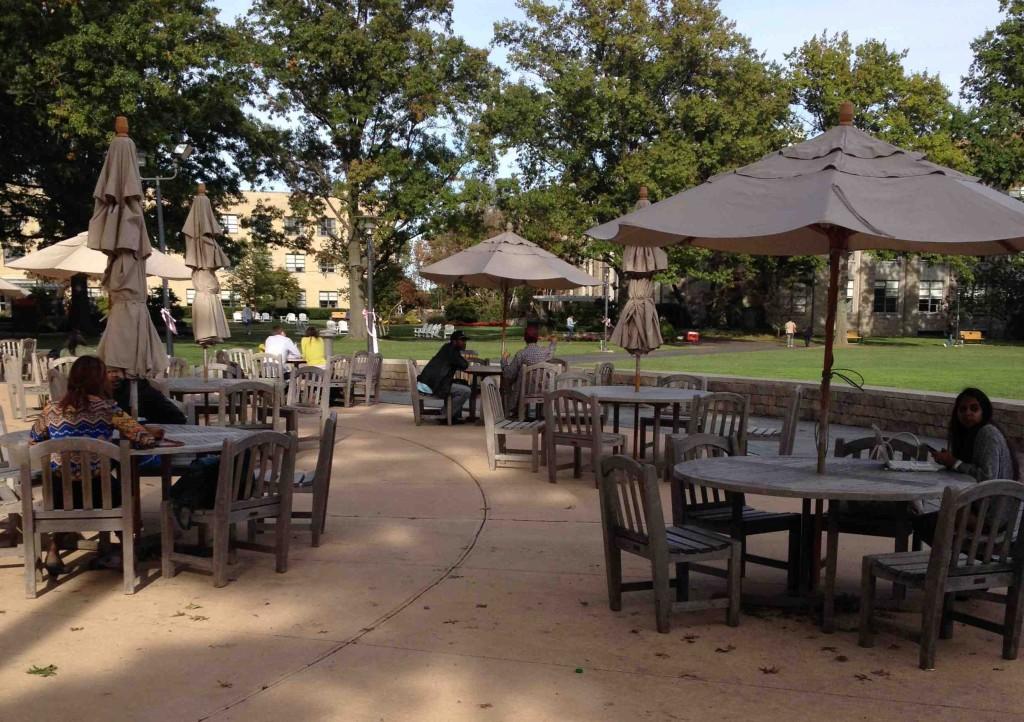 A St. John's student received an 'anti-Islamic' flier on her way to the library.

The Vice President for Public Safety, Thomas Lawrence, said upon receiving the call that the two males were escorted off-campus and issued trespass notices.

While one male resisted and refused to sign the trespass notice, the other male complied, according to Lawrence. Public Safety has pictures of the individuals and their names on file. If they are seen on campus, they are both subject to arrest by the NYPD.

St. John’s student Donya Nasser said she received a flier while walking from St. John’s Hall to St. Augustine Hall and asked the two males if the flier was “pro-Islam or anti-Islam?” She said the males responded, “Anti-Islam.”

Nasser then walked to St. Augustine Hall and reported them to a Public Safety officer, she said.

Irma Khawaja, the president of the Muslim Student Association, said that at least two members of the organization were handed the fliers by the two males and were upset.

The flier had verses from the Quran that insinuated that Islam is against women and is an ideology rather than a religion. It also said to, “protect yourself, your family, friends and country from Islam.”

“A lot of stuff [on the flier] was taken out of context and a lot of it is stuff that’s not even really in the Quran in the first place,” Khawaja said. “A lot of it is just to anger people.”

“You can interpret [the Quran] however you want to, but it’s very interesting that the interpretation only goes in this direction,” St. John’s professor Nerina Rustomji, a historian that specializes in Islam and the Middle East, said.

“For a document like this, I could probably come up with two pages that will present the absolute opposite vision using the same sources.”

Khawaja said the MSA was initially worried about the backlash that the flier would create on campus and Muslim St. John’s students getting offended by it.

The last few lines of the flier said, “Do not harm, discriminate against, hate, mock or ridicule Muslims. Many do not know Islam teaches these things and are therefore genuinely peaceful and caring people. Show genuine concern for Muslims by sharing this information. Muslims need to know as well.”

Khawaja said she believes the last lines were added there to avoid legal problems and responsibility for any negative actions reactions to the flier.
Rustomji said the flier is dangerous and it “assumes that Muslims are not capable of understanding their own religious text… And that really undercuts over a billion people in the world.”

Since St. John’s is a private educational institution, the school is allowed to regulate material on campus.

Khawaja said she is impressed with the way that St. John’s handled the situation. Public Safety is meeting with the MSA on Oct. 10 to discuss “rights and protection on campus,” according to the organization.

“We want our students, and our faculty, and our community to be comfortable coming to campus,” Lawrence said.

When contacted for  comment, one of the men who distributed the flier declined to speak on the record.