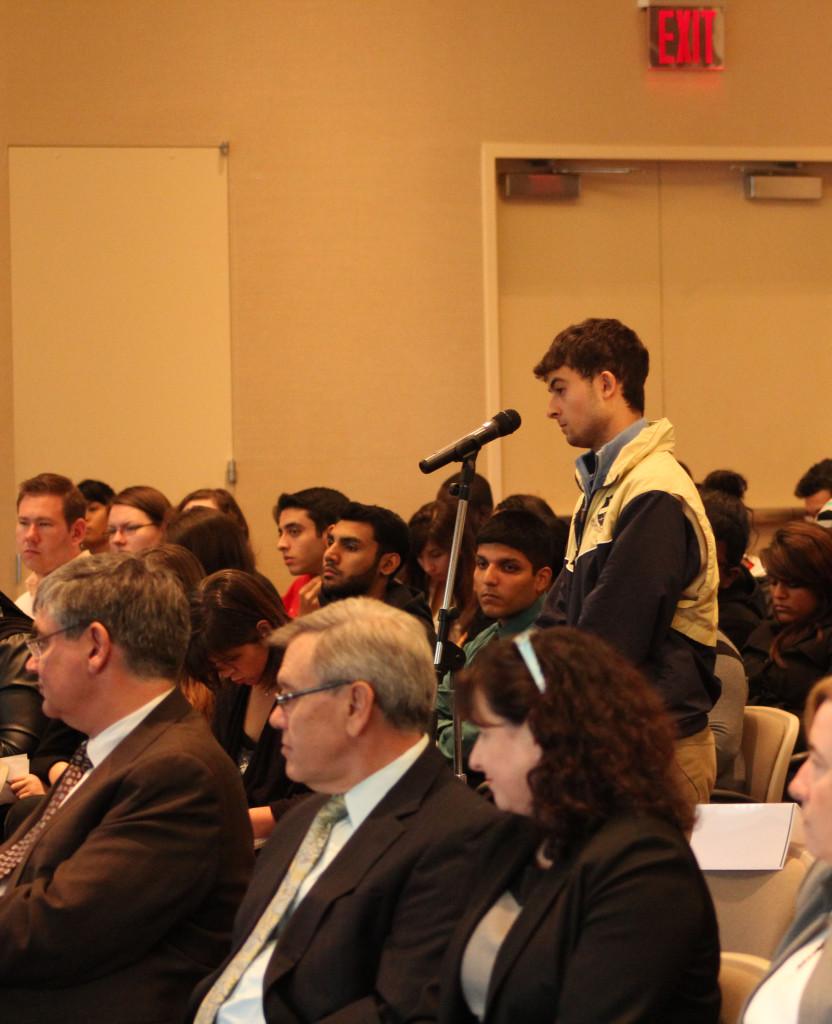 A representative from the Latin American Student Organization raised concerns to the university provost about the functionality of older fume hoods in St. Albert’s Hall at the Academic Forum on Thursday.

The forum, a required executive board meeting, had a lot of issues raised by representatives from various organizations on campus and students who attended on their own volition.   Dr. Robert Mangione, the university provost, along with the deans of the colleges of St. John’s, took questions from students ranging from the condition of St. Albert’s labs to relations between the deans and students.

Among the most noteworthy of issues were student concerns about the recent $20 million multi-year renovation to St. Albert’s Hall. The renovations were questioned because certain labs and research spaces were renovated while others weren’t.

Brian Amancio, the secretary for L.A.S.O., presented worries over the functionality of older fume hoods because its are meant to ventilate hazardous fumes.

“What is being done about leaking pipes, decrepit wooden cabinets where hazardous waste is being stored and hoods that are constantly breaking down?” Amancio asked the panel.

He added that sometimes, he was unable to do experiments because there were no hoods working or that they were making noises they shouldn’t be.

After the administrators took a moment to discuss amongst themselves, Mangione replied that there was no defense when it came to students being unable to do experiments because of a failure on the part of facilities.

“When the best solution could be to replace the entire HVAC (heating, ventilation and air conditioning) system ,that’s not a solution we can afford,” Mangione said.

However, the panel did explain that while they sympathasized with the points of leaks and hazardous material, both the Environmental Health and Safety and the Fire Department checked the building to make sure that students are safe.

The issue of studying space and resources were another ongoing issue at the school that was raised by several students who had concerns about accessing books in the library and study space within it.

“This is a building that was not built for long-term access. There are renovations that are going to take place in that space,” said Dr. Theresa Maylone, Dean of University Libraries. “That building is not configured well for the kind of access students want and need.”

The forum concluded with a plug for St. John’s Asks, S.G.I. Listens where the Student Government, Inc. can answer questions posed to them about academic support, Information Technology support or questions about facilities.

The event was hosted by the Academic Affairs Committee in conjunction with Org Congress, who has a hand in selecting Academic Lecture Speakers such as Common and running the “Storm the Vote” Initiative.