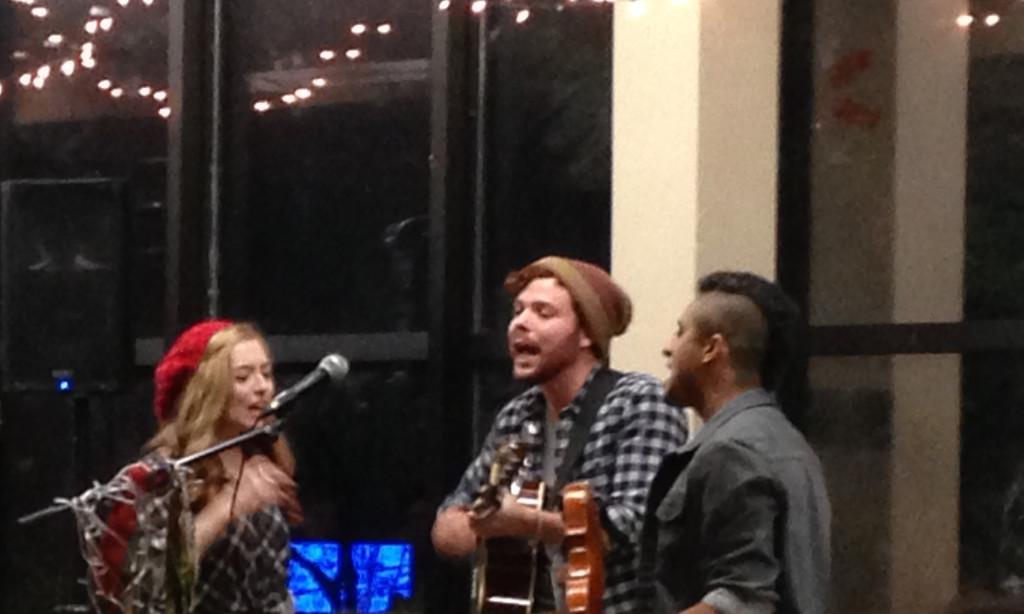 As part of the generosity-driven spirit of their program, the Ozanam Scholars presented the third annual OpenMIC Event called “Speak Out!” in order to raise funds for victims of Typhoon Haiyan that devastated the Philippines in early November.

The event, which took place on Dec. 2, included singing, dancing and spoken word performances from both Ozanam and non-Ozanam Scholars alike.  The group of Ozanam Scholars who put the event together frequently coordinates events like these throughout the semester. 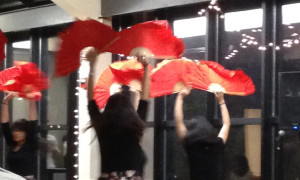 Junior Anna Misleh, a sociology major and an Ozanam Scholar, helped to put on the completely student-run event.

“Events like this one give the [Ozanam] scholars a chance to make an effort to show and support something that they’re passionate about,” she said.

Apart from the performances, the event also featured a bake sale and a raffle.  100 percent of all proceeds from both the bake sale and raffle will go to the charity organization Stop Hunger Now, which will provide aid to those in the Philippines that were affected by the typhoon.

The Stop Hunger Now mission seeks to end hunger during our lifetime by delivering food and other life-saving aid to those who need it the most, by remaining dedicated to a global commitment to mobilize the necessary resources needed.

Among the many performances, several cultural groups performed, including Vietnamese Cultural Organization, RAAZ, Chinese Cultural Association and Philippine Americans Reaching Everyone.  Their unique performances gave the event the cultural focus that it needed to help remind the audience of the cause they were supporting.

Junior Rebecca Kerns, a biology major and an Ozanam Scholar, said, “This event is a great chance to see a lot of different acts from different people and groups that you wouldn’t normally see perform at other events here on campus.”

Senior Jason Lapin and his band performed several songs and they were immediately a crowd favorite.  A few of their songs can be found on iTunes. 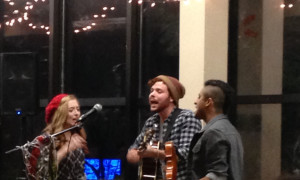 I’m happy with how well it turned out, and happy that we had such a great turnout of people coming to watch,” Misleh said.