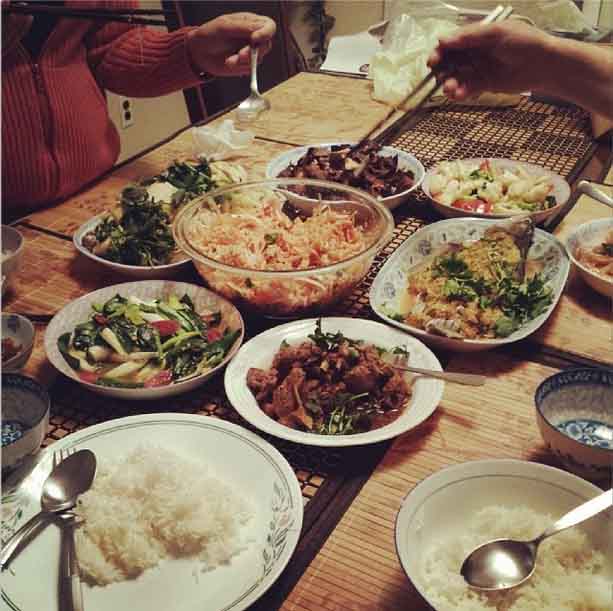 The Chinese New Year falls in conjunction with a much bigger Asian celebration, the Lunar New Year, where East and Central Asians celebrate the beginning of spring.

This year, the holiday began on Jan. 30. Families normally cook up a large feast composed of different dishes including rice, fish, chicken, pork, duck and vegetables. On the day of the actual New Year, families partake in different activities ranging from lighting firecrackers to wearing clothes that are newly bought.

Senior Mike Chien, a business management major, spent Chinese New Year’s morning with his parents and had a vegetarian breakfast, refraining from eating meat the entire day – which is a tradition. Following breakfast, Chien’s family visited their temple to pray, and later gathered with old friends.

James Leung’s, a senior legal studies major, family is from Hong Kong and they traditionally hand out red envelopes filled with cash ($5-$20) to younger members who aren’t married.

“It’s a nice tradition that extends back for a long time so it’s a nice time to reunite with the family,” Leung said. “[We] don’t have many reasons to do that nowadays.”

Senior Ryan O’Toole uses the annual celebration as a way to reconnect with his older family members, especially his grandma.

“As I have grown older, I feel I have drifted away from my roots, but celebrating Chinese New Year gives me a better appreciation for the culture and makes me proud to be Chinese,” O’Toole said.

According to the Chinese Zodiac, it’s the Year of the Horse, which signifies kindness, strength and gregariousness. The Chinese holiday culminates with the lantern festival on Feb. 15.