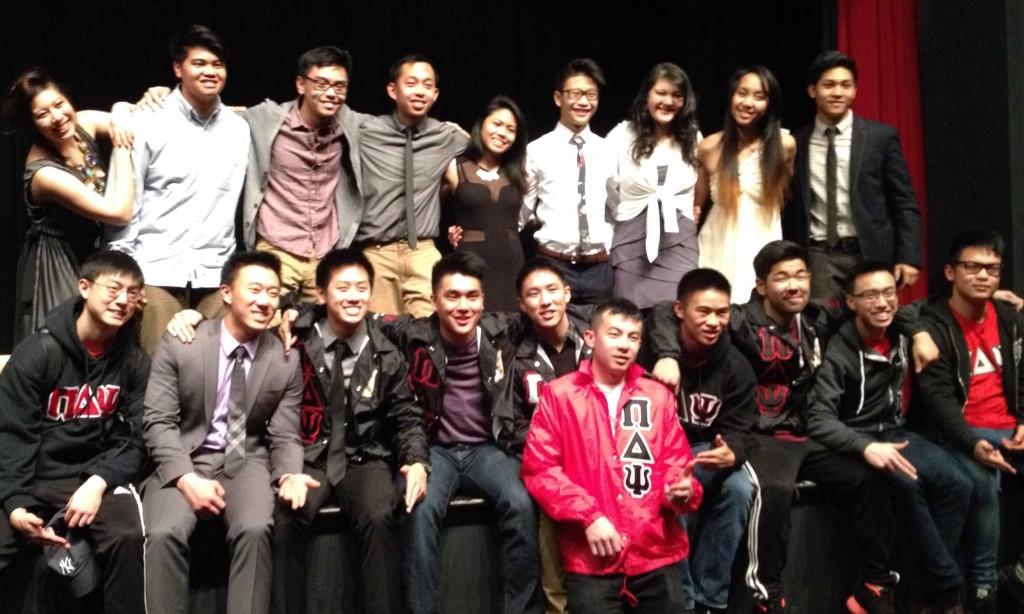 The Philippine-Americans Reaching Everyone organization hosted a benefit concert in the Little Theater on Friday night in response to the devastation caused by Typhoon Haiyan in the Philippines in November.

In the aftermath of Haiyan, also known as Typhoon Yolanda in the Philippines, Philippine-Americans Reaching Everyone organized a night of entertainment, to help raise money for the people affected in one of the world’s strongest recorded storms in history.

“There were many members of P.A.R.E whose families were affected by the typhoon,” Audrey Prieto, president of P.A.R.E. said. “It’s a hard subject, and many people aren’t comfortable speaking about it, but we’re here to support them and show them that we want to be here for them.”

The night began with the “Star Spangled Banner,” sang by Maria Marquez and followed by the Lupang Hinirang, Philippines’ national anthem, performed by Mary Anne Contreras.

Dante Salamat was the opening act of the benefit concert, wowing the audience with a song he wrote about his collegiate years and typhoon tragedy.

The hosts for the night were Joanne Abordo, vice president of P.A.R.E. and Katrina Gorres, one of the events coordinators for P.A.R.E.

There was an entertaining raffle at the end of the night, where audience members who wanted to donate a dollar or more were entered into the raffle contest and won special prizes.

P.A.R.E. raised more than $350 from the admission free benefit concert, which is equivalent to more than 14,000 Filipino pesos, according to Prieto. However, P.A.R.E. has been fundraising since November and collected more than $2,000 thus far.

Prieto said the concert’s earnings will be sent to Nafcon and Anakbayan, two Filipino non profit organizations that work with other collegiate Filipino groups all over the New York area.

P.A.R.E. secretary Michelle Belasoto marveled at how other organizations were so receptive and willing to help on such a short notice.

“When the Typhoon Haiyan first hit we knew that we wanted to have an event, many people were reaching out to us,” Belasoto said. “We originally wanted to have the event in November or December, but there was no space available so we put it on the burners because of the winter event[s] and winter break.”

“A space finally opened up and the last two,three weeks we’ve been putting tonight together and many people have been helping to make this a great night,” Belasoto said.

Despite the rush of putting everything together, for Belasoto, the night was a complete success.

“It was our first time hosting something like this and with over a hundred people circulating in and out throughout the night and donating money,” Belasoto said. “I liked the fact that people came and showed support.”