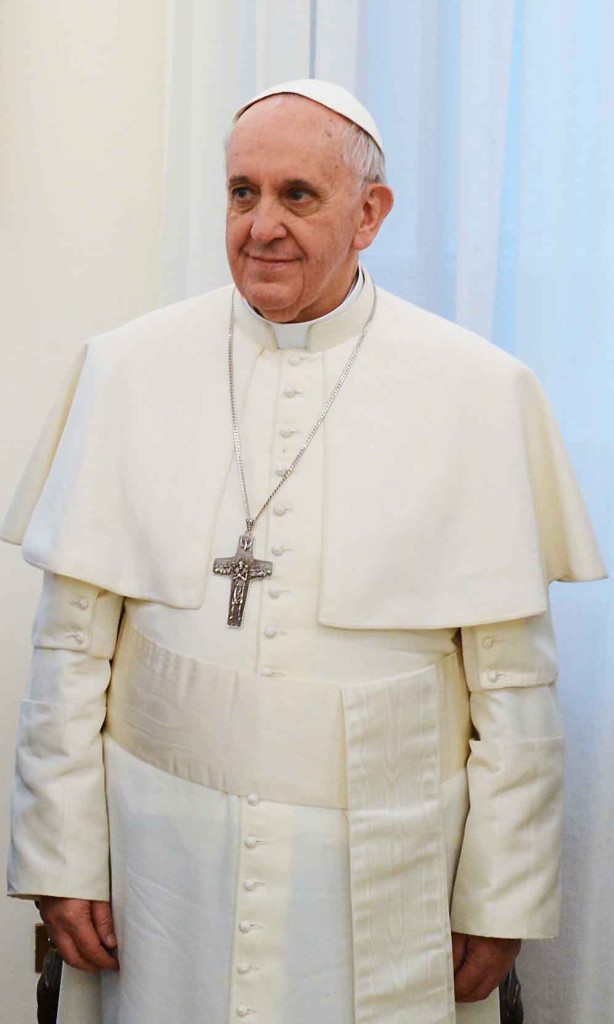 Pope Francis will complete his anniversary of being pontiff on Thursday, March 13.

Since his election last year on March 13, Pope Francis has had a whirlwind year filled with many memorable moments, including his opening address, World Youth Day  and remarks on various controversial subjects.

One year ago on a rainy night in Rome, Jorge  Mario Bergoglio was elected to lead the world’s 1.2 billion Catholics as pope on the fifth ballot of the conclave.

In his first address to the crowds outside St. Peter’s Basilica, Bergoglio, who took the name Francis, asked Christians around the world to pray with him for his reign as pontiff and for Pope Emeritus Benedict XVI. He then led the 100,000 observers packed into the square in reciting the Our Father, Glory Be and Hail Mary.

This humble tone has continued through the whirlwind first year of his papacy. In fact, the motto Francis chose is “miserando atque eligendo”: lowly, yet chosen, according to the Vatican website.

The election of Pope Francis marked many firsts: he is, of course, the first pope to take the name of Italy’s patron saint, as well as the first pope from the New World (he was formerly bishop of Buenos Aires, Argentina) and the first Jesuit pope. Even the circumstances of his election were unusual, since Benedict’s resignation was the first voluntary abdication in over 600 years.

On March 19, the feast of St. Joseph, Bergoglio was officially installed as the Bishop of Rome. Again, over a hundred thousand pilgrims crowded St. Peter’s Square to watch him receive the pallium and ring worn only by popes.

The Year of Faith, a specially designated year of prayer and renewal in the Catholic Church, was opened by Benedict but was supervised by Francis for more than half of the year. On November 24, Francis officially closed the celebration with a homily on grace.

Francis presided over World Youth Day in July, a gathering of Catholic young people from around the world. This year, World Youth Day was held in Rio de Janiero. The pontiff spoke on a theme chosen by his predecessor: “Go and make disciples of all nations,” according to the official World Youth Day website.

Overall, Francis has emphasized care of the poor, service and humility during his first year as pontiff, in both his words and in his actions. He has not focused directly on political issues, and in fact said in interviews that the American church spends too much time on politically relevant issues such as gay marriage and abortion.

In his first interview in July, an off-the-cuff exchange with journalists on a plane ride, Francis answered a question about homosexuals with a simple “Who am I to judge?”  He has also spoken of the importance of developing a theology of women and protecting the sanctity of life, as well as eliminating clericalism in the Vatican, according to the Huffington Post. It is apparent in all of his comments that Francis is not changing church doctrine, but he seems to desire a change in the tone of the church.

Francis is noted for his simplicity, exemplified in wearing a fisherman’s ring made of silver rather than gold, the iron cross which belonged to him prior to the papacy, and simple white vestments.

In the last year, he has appeared on the covers of multiple magazines, including Esquire and Rolling Stone, and was person of the year for both Time magazine and the Advocate.

In La Repubblica, a major Italian newspaper, Francis replied to an editorial by noted atheist Eugenio Scalfari. Scalfari replied, and the two began a correspondence in La Repubblica that culminated with a personal meeting at the Vatican. Francis is also noted for cold-calling individuals who have reached out to him, including a young woman facing pregnancy without familial support and a victim of sexual assault, according to a September article in the New York Times.

Francis issued an encyclical, or papal letter, entitled Lumen Fidei (“The Light of Faith”) in June, along with an apostolic exhortation on the joy of the Gospel in November. He also selected 19 men, including a Haitian bishop and the archbishop of his native Buenos Aires, to be elevated to the College of Cardinals at the end of February.

Francis stated in a September interview with America magazine that his vision of the church is “as a field hospital after battle.”

“Instead of being just a church that welcomes and receives by keeping the doors open, let us try also to be a church that finds new roads, that is able to step outside itself,” he told interviewer Antonio Spadaro.