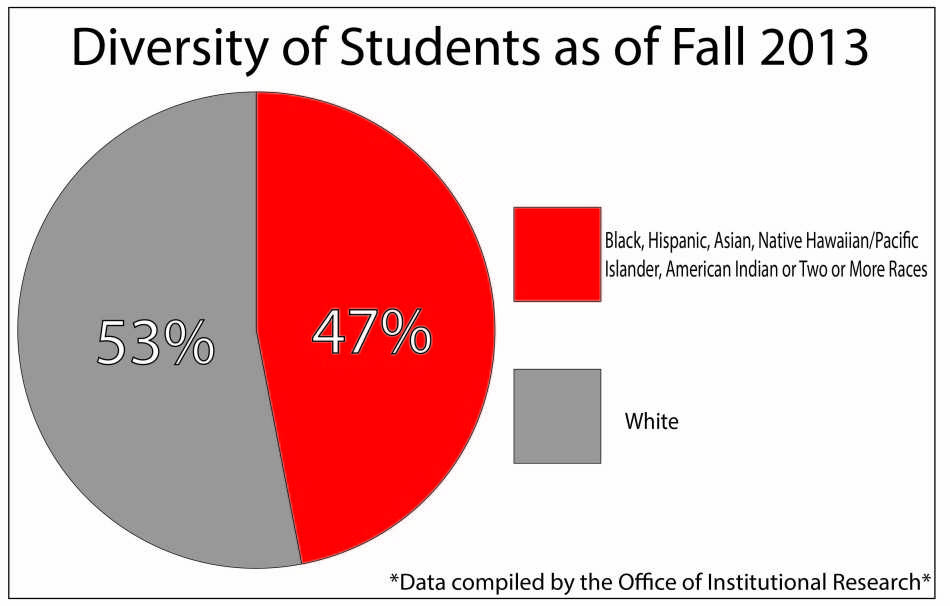 Morgan Fowler, outgoing president of Haraya, and current president Terrell Romeo say they feel slighted by seeing what was once their featured event – their spring concert – go through several changes over the last four years to the point where it is now out of their control.

This is the second year that creative control of the concert has been the responsibility of a 25-member Student Government Inc. concert committee, in which Haraya has 10 slots, a move made to accommodate the entire student population with the concert’s focus.

“It’s more so of this feeling of not feeling appreciated and having to compromise ourselves and our culture for everyone else to feel comfortable,” Fowler said.

In a statement, Trujillo said there have been a series of meetings between students and administrators in recent months to discuss Haraya’s concerns about the concert, and that Haraya brought these new concerns to their attention late last month.

“Haraya leadership collected and sent us these member concerns during the last week of March,” he said. “In response, the Executive Board of SGI, administrators from Student Engagement and I met with the Executive Board of Haraya that same week to discuss these concerns and questions, including the reasoning for the change in event name in 2007-2008 (Urban Music Fest to Black Music Fest), and again this week to further discuss the concert.”

Fowler described Monday’s meeting was one of the more ‘honest’ conversations Haraya has had with administration, but she they are still not satisfied with the reasons they’ve been given for why they’ve lost control of the concert over the years.

“We can’t focus on the future,” Romeo said, “until we are on the same page about the past.”

Fowler said the median of $50,000 listed under the Programming Board category in Student Government Inc.’s 2013-14 Budget Allocations is “around the amount” Haraya received this year. Asked why they don’t put on their own concert within their budget, they said the costs of their music festivals go north of $100,000 and therefore need additional funding.

Romeo said the concert had been run by Haraya since it began in 1998 under the heading Urban Music Fest, which he described as an event meant promote urban music on campus and give back to the University community.

In 2010-2011, administrators from Student Affairs along with Student Government, Inc. told the then E-Board of Haraya to change the name of the concert from Black Music Fest to Spring Music Fest to make it more “inclusive” to the entire student population, according to Fowler.

Administrators say they plan to continue meeting with Haraya this semester to talk more about their concerns regarding their longstanding issues with the spring concert as well as other issues that Haraya’s leadership believes minorities face on campus.

Fowler and Romeo say they are also bothered by issues such as diversity among professors and diversity training, and they relayed those concerns to administrators late last month.

“I offered to meet with the general body during their next or any future meetings to continue this dialogue,” Trujillo said in his statement. “Haraya leadership has expressed an interest in having me meet with the Haraya general body before the end of the semester, and I am looking forward to any opportunity to do so.”

St. John’s has long been recognized as one of the most diverse campuses around.

As of fall 2013, 47 percent of students at the University are composed of either black, Hispanic, Asian, Native Hawaiian/Pacific Islander, American Indian or two or more races, according to the Office of Institutional Research. St. John’s University was even ranked fourth in America by U.S. World & News Report as one of the most ethnically diverse schools in the nation.

But the university has acknowledged in the past that diversity among professors needed improvement.

Fowler said she has attended the President’s Multicultural Advisory Committee meetings, which addresses both the broad issues of multiculturalism in higher education and the specific multicultural needs of the University community, and believes there is not enough of a push for professors to attend diversity training workshops.

The University currently offers diversity awareness programs that will increase understanding of valuing diversity in the workplace and multicultural society, according to the school’s Diversity Awareness Training website. A spokesperson said all employees are strongly encouraged to attend.

“We preach about diversity and we have so many different types of people here, but that being the case we should not throw race under the rug,” Romeo said.

Other cultural organizations on campus gave mixed reactions to Haraya members’ comments regarding their belief that minorities are not appreciated on campus.

Ajia Eberhart, president of the Caribbean Students Association, said, “minorities at this University are seen as a selling point and thought of as commodities instead of being thought of real individuals with voices.”

“Individually, I can say there are no real direct forms of prejudice that takes place,” she said. “However, systematically, we along with many other ‘so-called’ minority organizations feel often pushed aside to deal with later when working with the administration, and it doesn’t go unnoticed.”

However, Michael Huaman, president of Latin American Students Organization, said that while he understands Haraya’s remarks about the concert, he personally feels “administration has made strides to help the minority community here on campus.”

“Haraya is here not as a mad black entity,” she said, “but as people that genuinely care.”

CORRECTION: Student Government, Inc. had no say to the name changes done to Urban Music Fest and Black Music Fest.